Having spent most of my life in South Florida, I admit I knew next to nothing about Boise when a job offer brought me west.

In the space of a week, however, I was forced to explore the city as I hunted for an apartment. Sprawling along the Boise River, there was a lot to cover, but time and again I was drawn back to one charming oasis in the large metropolis.

That was Boise’s historic North End, where I quickly felt at home – so much so that I was soon living in the heart of the century-old district, where the aromatic flower gardens, towering oaks, and quaint wooden buildings delight the senses whether you are strolling through Hyde Park, the retro shopping district, or biking down to the Farmer’s Market downtown.

Living here in Idaho: I can enjoy a cappuccino, ice cream cone or PBR (that’s Pabst Blue Ribbon, Boiseans’ favorite happy hour beverage) in Hyde Park whenever I want. But if you’re a business traveler or overnight visitor, take an afternoon to see the North End for yourself.

A little context about Boise: Known as “The City of Trees” (“boise” means “woods” in French), Idaho’s capital was founded as Fort Boise by the Hudson Bay Co but quickly became a staging area for miners, fur trappers and homesteaders passing through on the Oregon Trail.

The North End grew up around Harrison Boulevard, which was named for President Benjamin Harrison, who made Idaho a state in 1890. The wide thoroughfare drew the city’s most prominent citizens to build their homes there at the turn of the century, but it also became an area of middle-class bungalows and smaller-scale houses.

Ranging from Victorian mansions to cute gingerbread-style cottages, the area’s quaint architecture, not to mention towering elms and gorgeous flower gardens, provide a feast for the senses, whether you’re strolling to Hyde Park, the historic shopping district, or pedaling to the Farmer’s Market that takes over Boise’s downtown each Saturday from May to September.

I quickly found the North End also offers recreational opportunities that people flock to from across the city and beyond. Rising above it is Bogus Basin Mountain, a ski mecca offering Nordic and cross-country trails.

Closer to town is Camel’s Back Park, which has tennis courts, picnic areas and a kid’s playground – along with 11 acres of dunes, hills and valleys, where mountain biking rules and hikes through the neighboring Hulls Gulch and Boise Foothills will introduce you to resident families of red-tailed hawks, ospreys, and owls.

Keep your eyes open, because you might even spot a deer or two.

The Foothills Learning Center located in the Hulls Gulch Reserve is maintained by Boise Parks and Rec and provides a nature interpretive program for kids and – more important to me – a bathroom at the trailhead that lets you spend an entire morning or afternoon on the trails.

But the heart of the North End is indisputably Hyde Park. Like New York’s Greenwich Village or Miami’s Coconut Grove, it has a hidden “city within a city” quality that hits you as soon as finding yourself among its funky shops and delightful open-air cafes. Like those places, it’s also laid-back and relaxing. You’ll feel the pressure of metropolitan life quickly slip away.

Hungry? Head to Casa Mexico, the Sun Ray Café, Java and Goody’s Ice Cream and Candy, each offering outdoor seating and its own unique vibe. Craving a drink after work? Check out the cantina-style Parrilla Grill (which has a separate burrito bar), the upscale 13th Street Bar and Grill or the more tavern-like Hyde Park Pub (known as Harry’s by the locals).

Antiques and vintage clothing shops, Joyride Cycles, Euphoria Salon and Hyde Park Books, which offers free coffee and WiFi as well as an eclectic selection of furnishings on which to enjoy a classic read, add to the small-town ambiance.

And don’t forget the homey shaved-ice stand across the street from the gas. When you’re properly refreshed, hop on your bike and go for a ride around the tree-shaded streets.

And if you don’t have a bike, you can always rent one because Boise’s ranked as one of America’s top 50 cycling communities by none other than Bicycling Magazine. (It’s home to several major races, such as the Twilight Criterium and Ironman Triathlon, which recently closed down the major thoroughfare downtown for the event.

But first, you should stop and talk to Zac Robertson, a college student who’s running his brother’s Italian ice stand at the corner of Hazel and 13th, and who manages to put into words what you’ve been sensing about the North End for a while.

“It’s uplifting,” he says, without a hint of big-city cynicism. “It has a joy about it.”

Boise can be a confusing mess of one-way streets if you’re new in town and don’t have a map. A quick route to get to the North End from downtown is to take Capitol Boulevard north to Idaho Street, then Idaho west to 13th Street, which runs one way up to Hyde Park.

Once in the North End, most of the east-west streets are two-way. But to avoid such confusion, ride a bike. You’ll get some excellent cardio, and be able to stop and smell the roses (literally)!

Check out these links to make your next trip to Boise (and a detour to the historic North End) more enjoyable:
North Boise information website
Sunray Cafe
City of Boise
www.bogusbasin.org
http://www.boisetwilightcriterium.com
http://www.boisecycling.com/
www.joyride-cycles.com 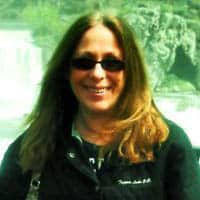 M.J. McKenzie is a Boise-based writer and editor whose travel stories have appeared in Rocky Mountain Magazine and The Palm Beach Post.