A Search for The Real India: Aaron Smith’s Journey in Shanti Bloody Shanti 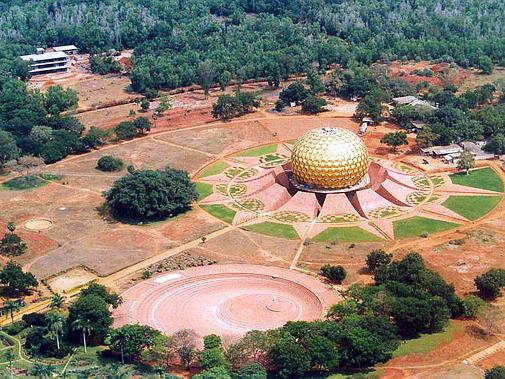 Aaron Smith was having an existential crisis.

His failing marriage finally ended in divorce, the girl he started seeing after the break up was simultaneously dating a cocaine dealer, and to top it all off, this drug dealer put a contract on his life after it was discovered that Smith and the girlfriend were seeing each other.

So when Smith’s long-time friend suggested that they disappear on a trip to India, it seemed like the perfect time to get away. Plus, Smith reasoned, “the whole cliche of ‘go find myself in India’ was as good an option as any.”

Shanti Bloody Shanti is his story. It is a memoir of the trip that started as an attempt to escape post-divorce troubles, but became a six-month long journey across India on a personal quest to find some meaning in life. Along the way, he does some yoga, visits some ashrams (Hindu religious retreats), drinks lots of chai, and in the end discovers that what you can learn while in India is endless. As a Indian woman that Smith encountered puts it, “Mother India is bottomless. You can go as deep as you like and there will always be more.” 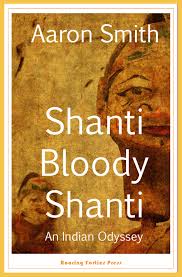 Smith first arrived in India in Mumbai on Christmas Eve 2005. Immediately, he feels as if he has made a mistake. The air was far more humid than he could have imagined, the city contained about 14 million people, and shanty towns and slums occupied every block he passed in his cab.

The hotel was also far less glamorous than he had been expecting, which further dampened his enthusiasm to be in India. He had pictured a destination that was exotic and exciting, but was instead confronted with a city that was loud, crowded, and on the dirty side. His first reaction was that “India looked much nicer in the brochures.”

Mumbai itself is one of the largest cities in the world, is the commercial and entertainment center of India, and has many sites and places to visit throughout the city. Visitors can see beaches, temples, sample gourmet food, and explore the heart of the “Bollywood” film world.

For Smith however, the extent of his time in Mumbai was one day of walking through market places where herbs and sculptures of gods were sold side-by-side with electronic gadgets.

The next part of Smith’s journey takes him to Goa. Goa is a popular tourist destination, and is famous for its beaches. Smith also notes that it is the center for India’s night life culture, and the go-to destination for partying tourists. “Beer and bikinis were tolerated, bars blasted Bob Marley, and even the locals said ‘cool.’”

For some that Smith met in Goa, the party-scene on the beaches fit perfectly with their idea of a good vacation. For Smith however, who was no longer thrilled the party scene, Goa didn’t feel at all like what India should be. “North Goa isn’t really India; it’s a cross between Amsterdam and Ibiza.”

Those who want more of the “real India” may feel as overwhelmed as Smith did after visiting the Goa scene. Smith began to wonder if this was all India had to offer him. However, a friendly biker in Goa named Baba Rainbow reassured Smith with these words: “This place is not the real India my friend, you must be looking between the cracks to be really seeing her.”

With this new perspective on India, Smith then headed to Pondicherry.

Smith’s arrival in Pondicherry does not immediately alleviate his feelings of discontent in India’s cities. At night, Pondicherry appeared dark and foreboding, which lead him to wish once again that he was back in Australia.

However, when he tours it the following day, he discovers that Pondicherry was far more of a pleasant destination than he originally imagined. For the first time, he feels as if he is one step closer to finding the real India he was searching for. “It still didn’t feel like I imagined the real India to be, but it seemed a lot closer.”

Pondicherry was occupied by the French for a good deal of its history, and this heritage is still visible to visitors. Smith sees the orderly streets, French architecture, ice cream parlors, and occasional cows in the street as a cross between something French and something Indian.

While in Pondicherry, Smith also visits the nearby town of Auroville. Auroville began as an experimental community belonging to no particular nation where residents form a peaceful city with the goal of realizing human unity. Auroville also has a mysterious and potentially mystical side stemming from places such as the Mitrimandir temple that is rumored to contain a magical amethyst or metaphysical supercomputer.

Many other tourists that Smith met, those who he blatantly referred to as “hippies,” seemed to enjoy their time in Pondicherry and Auroville greatly. Smith also enjoyed taking some yoga lessons in town, but started to view this area of India as artificial and “European hippy Club Med.” Some visitors may love the French colonial aspects, and some may like the New-Age vibe of Auroville, but those like Smith may need to keep travelling on.

Smith ultimately decides to travel to Rishikesh on a whim. It has a cooler climate, a reputation for yoga schools, and is a likely place to meet up with a friend travelling from Nepal. On the train ride to Rishikesh however, Smith discovers that Rishikesh is far more significant than he originally knew.

He meets a family that has saved their entire lives to make the trip to the origin of the sacred Ganges. They can only make it as far as a town south of Rishikesh, and not to the “head of Lord Shiva” from which the river originates, but they are incredibly grateful nonetheless. For them, it is a once-in-a-lifetime experience.

Realizing the deep significance that the area has to locals, and feeling privileged that he is able to make this journey as a tourist while others have to save money their whole lives, he becomes determined to make the most of the experience.

When he first arrives, he is confronted yet again with “another dirty, busy Indian town.” However, he works past his disappointment and is able to experience something far more. At a suspension bridge spanning the Ganges, Smith encounters forested hills, water the color of jade, giant catfish, and mischievous monkeys. For the first time since visiting the beautiful beaches of the Adaman Islands, he feels “sanctuary.”

Other sites that Smith visits around Rishikesh include an orange temple, the home of the Dalai Lama in Dharamsala, the spiritual supermarket of Laxman Jhula, and the cold waters of the northern Ganges River.

After Smith’s journey had come to an end and he boarded a plane flight home, he had time to reflect on his long journey throughout all of India. He had visited many places, met many interesting people from around the world, and experienced things he never had before: getting his fortune told, finding a corpse, and nearly losing his life in the Ganges.

His view of India itself certainly changed: in the beginning he was somewhat disgusted by the country he found himself in, but upon leaving he understood that India had an incredible depth to it that could only be appreciated. “Mother India is certainly bottomless, and I had only scratched the surface.”

His journey to India taught him that India was timeless, unchanging, and has much to offer. He also learned to “look at the world with mystery, look between the cracks, and do everything with extra love.”

For anyone who wishes to travel to India, Shanti Bloody Shanti teaches that India has much to offer any visitor who wants to leave with something more.

Buy this book on Amazon 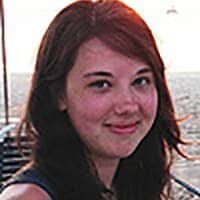 Rachel Siden is a former editorial assistant for GoNomad.com. She is a graduate of UMass Amherst with a B.A. in Philosophy and is a freelance travel writer from central Massachusetts.