Orkney Islands, Scotland: Travel Tips for Visiting ‘the Egypt of the North’

The Orkney Islands, AKA “The Egypt of the North,” are a treasure trove in Scotland for any traveler who has a passion for archaeological history. Especially since researchers have discovered that the numerous sites scattered around the Orkney mainland actually predate the Egyptian pyramids.

But if you plan on traveling to the Orkney Islands sometime in the near future, it may be a good idea to make sure you do your research before you first set foot on the Orkney mainland.

The first and most exhaustive factor in planning your trip, (like any other trip to an isolated island), is to figure out how you’re going to get on and off the Orkney mainland.

If you plan on traveling to the Orkneys via car, you can choose a car ferry service provided by Pentland Ferries; (Phone: +0800 688 8998); or you can also choose the Northlink Ferries service which takes you from Scrabster to Stromness as well, but be forewarned that the services between Kirkwall and Aberdeen are only for foot passengers.

If you plan on traveling to the Orkney Islands during the summer months as a foot passenger, you can easily hop on a cheap and convenient John O’Groats ferry service; (Phone: +01955 611353). By purchasing a single ticket for £20 or a round trip ticket for £32, you can catch a bus from Inverness to Thurso, take a boat ride from Thurso to St. Margaret’s Hope on the Orkney mainland, and then a bus driver will take you directly to the Orkney capital of Kirkwall.

But if you plan on traveling by train, you will have to get a ticket to Thurso and then take a taxi or bus ride to the Scrabster Ferry Terminal, (which is 28 minutes away) so you can catch the ferry to Stromness.

If find any of the above methods of transportation overwhelming, you can always take a plane to and from the Orkneys via Loganair (Phone: +0141 848 7594)from Glasgow, Aberdeen, Inverness, Edinburgh or Sumburgh.

Let’s face it: Given the fact that the Orkney Islands are isolated from the rest of Scottish society, life in the Orkneys isn’t the most exciting. Because of this, it’s normal to feel isolated and vulnerable when you first arrive on the Orkney mainland.

Not only that, because the majority of the Orkney mainland is farmland, a large percentage of the Orkney youth have no choice but to leave the island and look for jobs elsewhere, thus the nightlife is pretty much non-existent.

Nevertheless, there are various ways you can keep yourself entertained depending on which city you plan on making your home base during your visit.

Regardless of which one you choose, you won’t have to worry about getting to and from either of the “cities” because they are only 20 minutes away from each other. (Plus it only takes about 45 minutes to drive around the entire Orkney mainland).

If you’re hoping to party it up with the Orkney locals and visit different types of restaurants, bars, and venues,

Kirkwall may be your best option. But if you plan on visiting the Orkneys for a limited amount of time, or even if you’re looking for a relaxing getaway vacation far away from the rest of society, Stromness could be the answer to all of your prayers.

Given the fact that many of Orkney’s main attractions are situated very close to each other, visiting the majority of the sights in one day is entirely possible; however, the main issue is figuring out how to get to them.

Some of the many ancient sights include Maeshowe, an ancient tomb tagged with Viking graffiti, Skara Brae, a mysteriously deserted Neolithic village, as well as the Standing Stones of Stenness and the Ring of Brodgar, both of which can be compared to the likes of Stonehenge.

Another popular attraction would have to be the scuba diving magnet Scapa Flow, where you can swim around sunken WWI and WWII ships that once patrolled the Orkney mainland and served as blockships to help ward off any unwanted visitors. You can still see the upside-down ships floating in the water which makes for a truly haunting sight.

Some companies like Scapa Scuba (Phone: +01856 851 218)offer scuba diving lessons to tourists who are interested in diving around the ships, however, you will need to enroll in a one-day training course prior to your dive, which could cost anywhere between £100 and £200.

The nearby Italian Chapel is also a popular tourist attraction for Orkney visitors because it was built by Italian POWs in 1943 so they could have a place of worship during their imprisonment. Cows are one of the main entertainments here on the windy and desolate Orkneys.

The symbolic Isle of Hoy is another attraction and iconic symbol of the Orkneys that can easily be seen if you are taking a daily ferry between Stromness and Scrabster.

Another fun activity for tourists is to go scout out the families of Puffins that live in the cliff walls of the Bay of Scaill. The cliff is on a small island off the north-western coast of the Orkney mainland, but the only way to see them is to walk across to the island when the tides are low.

Be sure to visit the main tourist office in Kirkwall and ask them to provide you with a sheet that outlines the best times to walk across to the island because you will only have a limited amount of time before the ocean level rises again.

Luckily there are officials who camp out near the location to keep an eye out on curious tourists because there have been cases of people getting carried away with the current after taking too long to return back to the mainland.

Renting a car vs. a company tour

Another stressful factor about being on the Orkney Islands is that it can be very difficult for travelers to get around via bus, foot or even bike because many of the sights are off-the-beaten-track and far away from the rest of Orkney society.

There are several Orkney tours to choose from which range anywhere from £7 to over £100 so you can get transported around to all the different sights on the Orkney mainland. To find out more information on these daily or weekly tours, be sure to contact the Kirkwall Tourist office; (Phone: +01856 872856).

Some tours provided by John O’Groats will pick you up in Inverness in the morning by bus, show you around the various sights on the mainland for about 8 to 12 hours, and then drop you back off in Inverness later on in the evening. If you don’t have a lot of time but you want to see everything the Orkneys have to offer, this is probably your best option.

You can easily rent a car in Orkney for as little as £35 a day and you can easily fit in all of the sights within 24 hours, (especially during the summer since you get around 20 hours of sunlight).

Regardless of what method of transportation you choose, my best advice is to make sure you give yourself ample time to fit in as many sights as you can during your visit and see what “The Egypt of the North” is all about. 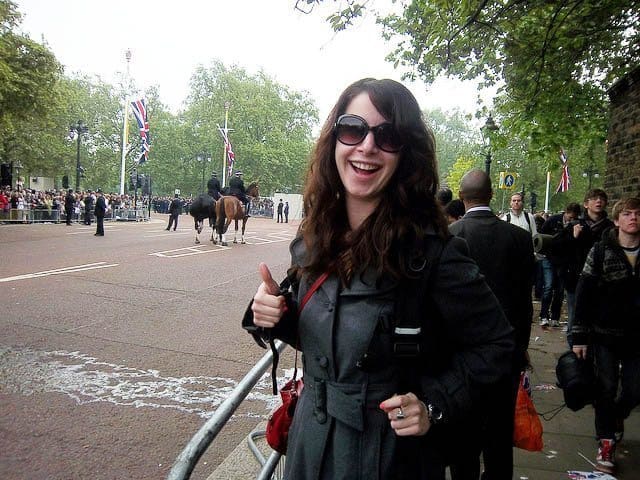 Alexis Brett is a Canadian journalism graduate who works as a freelance writer and recently moved to the UK. You can read her travel tweets @RambleOnEh.

Eurail Passes: What to Know About Buying a Europe Train Pass