Bun Bang Fai: The Rocket Festival of Laos and Thailand

While farmers and politicians across Australia battle it out over water allocations, in Southeast Asia, Thais and Laotians are preparing to embrace their water shortages in a style all of their own.

Dating back to pre-Buddhist times the Bun Bang Fai (Rocket Festival), held around the May full moon, is traditionally based on the notion that launching bamboo rockets skyward will initiate the rainy season and bring much-needed relief to the country’s rice fields.

Popular in Thailand’s northeastern Isan province and around the Laos capital of Vientiane, the event continues to maintain a rich cultural significance.

A testament to this is a 3,000-word poem based on the event being translated into the English language and designated as supplementary secondary school reading by the Thai Ministry of Education.

While respecting the event’s traditions, today’s Thais and Laotians embrace the festival with their tongue firmly in their cheek.

Recalling origins of the festival as a fertility rite, and playing on the phallic symbol of the rocket, many take the opportunity to embrace sexual connotations with endearing good humor and camp jocularity.

Standing in a field near Buddha Park, on the outskirts of the Laos capital of Vientiane, I found it hard not to titter at men parading around in their wives’ finery.

Even harder to ignore was the piece of wood, fashioned into a sort of penis-shaped bazooka aimed directly at my head, the latter providing a huge point of amusement for other participants, with me being one of few farang (westerners) at the event.

Children revel in the event, with two days leading up to the main attraction filled with folk theater, dance, music, and parades. Youthful faces are filled with wonder as the younger generation marvel at the rockets, dreaming of becoming Southeast Asia’s version of Buzz Lightyear.

This is one festival that could only be held in a developing nation and with only the briefest glance, a plethora of occupational health and safety issues blatantly stare you in the face.

In a first world country, the public liability insurance alone would cancel all hope of holding such an event.

Similarly hazardous is the multitude of small bottle rockets whizzing past one’s head as children run around excitedly setting off scaled-down versions of the event’s main attraction.

The real rockets are a crude construction using bamboo stems as the main shaft, the largest version being an absurd nine meters in length. The stems are traditionally boiled to prevent insects from decaying the bamboo, with many contemporary models utilizing PVC piping as an extra covering.

The rockets are then packed with up to 120 kilograms of black powder and balanced precariously on a launching tower of bamboo scaffolding.

Teams of contestants freely climb the scaffolding, placing the rockets into position before attaching wiring to a remote launching device.

A lot of Lao Lao

I may not be a licensed electrician, but the wiring I’ve seen in various hostel rooms is enough to know that the competitor attaching those wires need only make the slightest slip to launch a rocket positioned only inches from his head.

This takes either a very brave soul or a lot of Lao Lao (rice whiskey). The event did, in fact, hit a somber note on May 10, 1999, when a 120 kg rocket exploded 50 meters above ground, just two seconds after launch, killing five persons and wounding 11.

When triggered, a deafening roar echoes over the field, sending a jolt through the spectators whose eyes are instantaneously glued to the sky for the rocket’s journey.

The events are judged by a panel seated in a small bamboo marquee. Flights are assessed in various categories including height and distance traveled as well as less prestigious but noteworthy commendations for spectacular vapor trails.

For those less successful team members whose rocket falls short of leaving the launch pad, tradition has it that these participants are to be tossed into a nearby pool of mud (the same mud often providing quick relief to minor burns).

It’s at this stage that the event begins to resemble something of the crazy Japanese game shows posted on YouTube, and you begin to wonder exactly how you stumbled across such a bizarre event.

Like all good events in Southeast Asia, the region’s ubiquitous street vendors do a roaring trade as punters snack on everything from spicy meats on skewers to chili grasshoppers.

They certainly aren’t the slightest bit reserved in their consumption of Beerlao or Lao Lao either with traditional drinking games being a regular sight.

One such game involves a single cup being passed around a circle of friends. The basic concept being that it’s impolite to refuse what is poured for you and similarly impolite to hinder the next person by making them wait for their share.

Basically, the end result is that everyone gets very intoxicated very quickly and in very good spirits.

Although the rockets take center stage, it is the hedonistic attitude of the Thais and Laotians that embrace the frivolity of the event to its fullest that is truly unforgettable.

For more information on the Bun Bang Fai (Rocket Festival) contact the Tourism Authority of Thailand tat.or.th or the Lao National Tourism Authorization 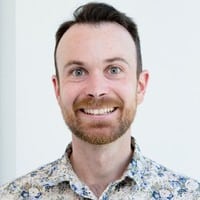 Kenton Molloy is a freelance travel writer/photographer and PR professional. Having travelled through 17 countries and across five continents, Kenton has an undying curiosity to gain insights into the world’s many and varied cultures. Kenton holds a Bachelor of Business with majors in Media Studies and Marketing and a Minor in eMarketing.