Altared: Would You Buy and Fix Up This Church in Tuscany?

Altared: A Tale of Renovating a Medieval Church in Tuscany

This is a light-hearted memoir that should serve as a cautionary tale for anyone who dreams of buying their own home under the Tuscan sun.

In Altared, a new ebook, when a search for a rustic country house near Florence, Italy inexplicably leads to the purchase of an abandoned historic church, the author finds herself starring in the Italian version of the 1986 classic movie, The Money Pit.

The ancient church, in a small village dating from the 11th century, required years of renovation and proved a formidable opponent for an American who didn’t speak Italian.

An ossuary with hundreds of skeletons was unearthed in the backyard, several bodies were found in the floor of the church, bedrooms were invaded by mysterious blood-sucking bugs, and there were occasional visits from a ghost who smoked Marlboro Lights.

The nearby village of Greve-in-Chianti, known as the heart of Tuscany, serves as the backdrop for many of the author’s adventures, meeting zany local characters while desperately trying to understand the ins and outs of Italian bureaucracy.

The project took over three years to complete and was featured in the March 2010 “Before and After” issue of Architectural Digest entitled, “A Classical Epiphany” by John Loring.

This memoir is not a cookbook, a romance novel, or a green light to anyone who dreams of owning a home in Italy.  “Altared” is a humorous glimpse into the challenges of renovating a home in a foreign country and includes insights into Italian travel, food, shopping, and culture.

One of my most treasured memories from Tuscany is my friendship with la signora Bianca, the elderly bread maker I met on my first visit to the property.

Well into her eighties, Bianca was smart, charming, witty, and ready to chat at any hour in spite of the language barrier. She worked weekdays at Le Convertoie from sunrise to sunset.

In addition to her baking duties, she tended the family’s vegetable garden, gathered wood for fires, and managed cleaning and laundry chores for her son and his family.

Her constant companion was a terrier mix named Fulmine who rarely left Bianca’s side and who lived up to his name by being as fast as lightning.

A constant presence at Le Convertoie, Bianca kept a watchful eye on my home when I was away, but she also kept a protective eye on me while I was there.

She spoke no English, but as I grew more competent in Italian, she began to share stories about growing up in Tuscany. I was simply “la Signora” or “l’Americana” since “Kyle” was difficult for her to pronounce.

Clearly a favorite, I would find a loaf of her coveted bread on my door wrapped in an old plastic bag, often with vine-ripened tomatoes or a head of lettuce from the garden tossed in for good measure.

We fondly referred to the bread as “the Dentist’s Delight” because if it wasn’t eaten “subito” (immediately) on the day it was baked, the salt-less dough became as hard as a rock.

One chilly fall evening, Bianca stopped by just in time to see the kitchen filling with smoke. (I had forgotten to see if the flue was open.)

After the smoke had cleared, Bianca patiently showed me how to lay the kindling and wood in a crisscross fashion, using a special inflammatory brick named “Il Diavolo” just beneath the pyre. The fire roared to life under her expert guidance, this time with the flue open.

Bianca rarely asked for favors, but one morning she had a special request and wondered if I was going to Greve later. I eagerly agreed in order to have the opportunity to spend time with her.

She had long ago given up driving the winding road from town to Le Convertoie, and a family member always served as her official chauffeur.

At the appointed hour, Bianca was waiting in the parking lot with two huge burlap bags filled with her freshly baked loaves. I loaded the bread into the back and indicated with a bow and a flourish that the front seat was all hers.

Instead, she hopped into the back behind the driver’s side with a sprightly leap that would have put an Olympic gymnast to shame.

As I eased behind the wheel, my passenger gave my headrest a couple of quick slaps and announced, “Andiamo!” (Let’s go!)

I had been drafted for delivery duty, and we gamely set off on our appointed rounds with Bianca pointing out spots along the way that required my attention, most notably a dangerous curve on the road marked with numerous crosses. Our loaves duly delivered, I deposited my priceless cargo and her empty bags in the center of town.

My quest to renovate the church left Bianca, as well as most Italians I came in contact with, mystified.

When I tried to explain my plans, she would shake her head and mumble something under her breath that sounded suspiciously like, “Oh Dio! Aiuta la pazza Americana.” (“Oh God! Help the crazy American.”) She would quiz me on what the architect and construction crews were up to, asking pointed questions about the skeletons buried underneath the floor of the ancient structure.

At that stage in the renovation process, we were nowhere near the point where we would be pulling up the old floor and installing a new one. “Leave them alone, signora,” Bianca admonished with a wagging finger held close to my nose. A quick sign of the cross, a rushed Hail Mary, and she was off to do more chores with her trusty sidekick following closely on her heels.

Le Convertoie is a working farm, and the field below was home to several chicken coops, along with one annoyingly vocal rooster. One evening, I discovered Bianca and her son sitting side by side on the wall in front of our door. They chatted companionably while plucking feathers from two freshly slaughtered chickens from the farmyard below. When I explained that most Americans prowl the supermarket aisles, buying their chicken plucked and wrapped in plastic, they shrugged in harmony and seemed genuinely sad about the sorry state of poultry procurement in the States.

Bianca’s uniform consisted of a black shift, sensible shoes, and a bandana tied jauntily around her unkempt gray hair. She carried a sturdy stick that she used to navigate the steep hills around Le Convertoie, along with a cellphone she would shake and curse when the reception failed, which was most of the time. If asked to pose for a photo by visitors, Bianca would protest loudly and once again gaze toward heaven asking forgiveness. “Sono troppo vecchia, Signora,” (I am too old),” she would proclaim while grinning and quickly edging her way into the middle of the shot.

Bianca was diagnosed with cancer in the spring of 2006, and her health declined rapidly. She stopped working at Le Convertoie, and Chuck and I made a visit to her apartment just before heading back to Florida. Although she still displayed some of her old familiar spunk, she seemed ready to find peace and relief from the pain. She lived in a third-floor walk-up with no elevator, and until a few days before her death she was still climbing the steep stairs on her own with very little assistance.

Welcoming us with a hug and a sigh, she offered espresso and then held both of our hands, squeezing them with all her might. In a particularly heartbreaking moment, Bianca produced a photo of her beloved dog, who had died just a month earlier. She cried out his name several times and wondered if Fulmine would be waiting for her in heaven. Pointing to a cemetery in the hills above town, she said she expected to be buried there soon. We said a tearful goodbye, acutely aware of the fact we would never see each other again. She passed away just a day after our departure on April 30, 2006.

Bianca was a wonderful friend and ally, and I felt strangely protected when I returned to Le Convertoie after she died. In fact, I had very few issues with the ghostly presence afterward, and I fondly pictured her threatening anyone up above—or on earth—with some serious consequences for troubling her friend, la Signora Americana. 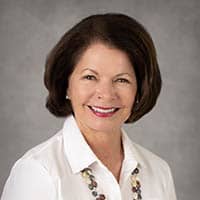 Kyle Ball’s sense of adventure after living abroad for seven years, combined with a love of all things Italian, proved the perfect catalyst for renovating a medieval church in Chianti.  A baby boomer with a background in public relations, Kyle has a longstanding passion for interior design and architecture.  The first name, Kyle, for a female, is a constant source of problems, but it suits her anyway.  Atlanta has replaced Italy as her home base.  This is Kyle’s debut as an author, and she is confident she’s not renovating another Italian chapel anytime soon. www.kyletackwellball.com

Altared, A Tale of Renovating a Medieval Church in Tuscany