Grimal Grove in the Florida Keys: Alive with Flavors

From Eden To Crack Den And Back Again

If you’ve wondered what it was like to wander in the Garden of Eden, tour Grimal Grove in Pine Key, Florida. Rare fruit hangs from tall trees

growing all over the property, and as I toured it, I imagined visiting the Grove was as close an experience as actually visiting the biblical site.

Adolf Grimal, a tropical fruit collector, propagated some of the rarest trees (estimated around 200) from the far reaches of the world on his two-acre property.

One could wander through his forest, marvel at Grimal’s accomplishment, and taste the fruit that experts thought could never grow in the Florida Keys.

And the best part? There was no passport required.

In 2011 Patrick Garvey first laid eyes on the Grimal Estate. He expected to discover a mythical garden; instead, the abandoned property overwhelmed and shocked him.

It was an overgrown trash heap littered with drug paraphernalia, discarded tires, and broken glass.

The homeless and addicts inhabited the grounds and Adolf Grimal’s mobile home.

The trailer was a crack den, and it was scary there, the scene of a suicide and attempted murder.

His career choices focused on helping people, and a new endeavor led him to combine that work with agriculture. He wanted to teach self-sustainable farming by starting a Non-Profit called Growing Hope Initiative.

He’d received a grant to create a garden and was looking for land. A colleague mentioned that Grimal Grove was for sale. After seeing it, he couldn’t get the property out of his head and eventually secured funding to purchase the estate.

A brilliant but socially awkward man, Adolf Grimal left Detroit, Michigan, in 1950 at forty years old to pursue a new hobby. He was an inventor, engineer, tool, and die machinist and held patents for his work with NASA.

Grimal drove to the Keys to experiment with underwater 3-D photography along the famous coral reefs.

Grimal traveled up from the Keys to Miami, Florida, and discovered “The Rare Fruit Council.”

It was a small group, just starting out, but the energy and mission of collecting and growing rare fruit trees intrigued him.

One of the early founders, Bill Whitman, lived in Miami and wanted to build a collection from all over the world.

Adolf met Whitman, and he agreed to collaborate on the project. Whitman offered him some plants to propagate. Adolf’s interest became a  passion, and then an obsession.

Grimal bought land on Pine Key in 1955 because it was the highest in the area–eight feet above sea level.

No one thought he could grow trees there, but Grimal defied that notion. He carved and reshaped his land by hand. He chipped away the limestone and dynamited holes for cisterns (rainfall is precious in the Keys).

He crafted a complex system for irrigation and built raised beds filling them with rich soil.

Then he traveled the world – South East Asia, the Caribbean, Central and South America collecting varieties and species of trees.

He brought back the Nuaga Sapote from the Amazon; at the time, it was the only one to grow in the United States.

Dr. Carl Campbell, a horticulturist and member of the Rare Fruit Council, said, “It was a good collection, not complete, but with some of the best in every category.”

Local kids (now adults) recalled collecting fruit that fell to the ground outside his fence. But, he only allowed fruit tourists coming by busload inside.

Afterward, he’d close his gate and retreat to his mobile home, living simply among his beautiful trees. He died in 1997, spending every cent and waking moment on his life’s groundbreaking work.

By 2013, owner Patrick Garvey and a group of volunteers restored the essential local landmark, reclaiming a piece of Pine Key history. He opened the gates by hosting events, tours, and tastings.

When Hurricane Irma hit the area on September 10, 2017, the Category Four Hurricane with 180-mile winds nearly destroyed Grimal Grove. Three feet of storm surge washed over the grounds, and many of Grimal’s trees didn’t survive.

Tours and Tastings At Grimal Grove

Today, the Grove is up and running with half of Grimal’s original trees. The Nuaga Sapote from Pucallpa (in the Amazon Rainforest) didn’t make it. Still, Grimal’s prized Alupeg from the Philippines planted in 1958, only one of seven in the country, did, along with twenty others. The rest, propagated by Garvey, are flourishing.

Breadfruit (originating in the Bahamas) is the focus moving forward because of its salt tolerance. It’s also an excellent food source. Breadfruit is heart-healthy and packed with potassium and prepared like potatoes, boiled, fried, or steamed.

Garvey also partnered with Mutiny Vodka to produce the first vodka made from Grimal Estate Breadfruit from the Keys, and it’s delicious.

These days, Garvey offers fruit hunting tours by appointment through his website.

He runs plant clinics on Saturdays, special events like an upcoming Breadfruit Bash (check the website), and themed dinners with chef-prepared meals using his produce. He also sells rare fruit trees from cuttings.

A Tour Around The World

I had to see what the Grove was like and was treated to a tour and tasting. It took around two hours, and my time there was a revelation. Patrick told me stories about the rare trees, and about Grimal, which were fascinating.

He plucked tropical fruit off the trees and sliced them open for me to taste. We cut sugar cane and pressed it, added a little Key Lime juice, and sipped the nectar of the Gods. I thoroughly enjoyed my tour and left impressed with Garvey’s ingenuity and dedication.

\While he’s the opposite of a shy loner, he represents the best of Grimal. He’s dedicating his life to growing community and rare fruit in Pine Key. 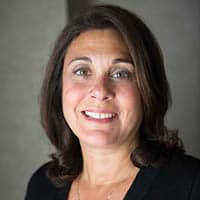 Jeanine Consoli is a travel writer and foodie from Sarasota, Florida who loves uncovering the history, culture, and flavor of each destination, finding incredible places off the beaten path at home and abroad. Visit her travel blog.