Lyon’s stunning Basilique: A Trip to the Rennaisance

Lyon was beautiful today, with the sun shining on the painted buildings and verdant trees. It was my third visit here, although on the previous trips the city had failed to charm me.

The neighborhood I stayed in last time was rough around the edges, with a distinctive aroma: the essence of kebab.

This time, I was in the hipster quarter, staying in Away Hostel & Coffee Shop (A great budget option if you like clean rooms and good coffee).

Bookshops and ‘creative spaces’ lined the streets, which cobbled their way down to the river.

A magnificent Basilica popped into view: Notre Dame de Fouviere, standing triumphant atop a hill. This was my destination.

I took in the view for a moment, then crossed a narrow red bridge towards it.

Going back in time

Now I was in Vieux Lyon- the old town- and it felt like I had stumbled into the Rennaisance.

Golden lions guarded the doorways, and an endearing old woman gazed down from her balcony.

The sound of an accordion would have been appropriate. If you are looking for a bite here, the old town is full of crepe stands and ‘Bouchons’- traditional Lyonnais restaurants.

Just take a wander and you will have no trouble finding one. To get to the Basilica you can either take the funicular up or go by foot, but the locals I spoke to recommended the latter.

With an entourage of other tourists, I huffed and puffed my way up the steep stair sets, treating my legs to a workout. I looked back and was hit with an incredible view of the city.

The sun brought everything to life: the old town, with its cobbled streets and sweeping hills; the rivers, glimmering as they carried boats through the city; the red roofs of the residential districts stretching out for miles; the handful of skyscrapers signifying Lyon’s modernity.

Finally, the misty mountains of The Alps way off in the distance. Having come from those mountains, I could see my home a hundred miles away.

A Taste of Nature

On my approach to the Basilique, I passed through Le Parc des Hauteurs, a gorgeous garden filled to the brim with some of the greenest trees I have seen, brought to life by the springtime sun.

Foliage pressed in from all sides, giving a snug feeling of being immersed in the wild.

Finding this oasis in a city as big as Lyon was a delight; city parks usually feel like a failing attempt to balance the grime of urbanity, but not this one.

Up on the hill, the roar of the city was muffled, and the calls of a wood pigeon were the loudest sound. The people beamed with joy, having had their spirits restored by nature.

A short walk beyond and I reached the entrance to the Basilique. It was free- as are many activities in France- and I sauntered on to the square with heavier pockets than expected.

The building was made of white stone, with spires rising high into the sky.

The square was bustling with photo-makers capturing the facade: an imposing row of arches, and a choir of angels looking down from above.

The History of the Basilica

The Basilica sits on Fourviere hill, which has a rich history centered around the Virgin Mary.

The Great Plague threatened the city in 1643, and without modern medicine the people were helpless.

So, the leaders of the city led a procession up the hill, with a crowd of townsfolk following.

The plague disappeared, and each year on Virgin Mary day- 8th September- the people vowed to climb the hill and donate gifts to the archbishop. The tradition continues to this day.

Mary ‘saved’ the city again in 1832, when cholera threatened to wipe out the town.

The people said thanks by commissioning a giant painting of her, which can now be seen in the back of the church.

The crowd was hushed as they entered the church, a uniform reverence for all that is holy taking over. The room was a somber, sparkling piece of art.

Great marble pillars rose to the ceiling, which was a decadent tapestry of gold and white, with concentric murals of biblical scenes.

The angels were gazing down on me again, and each time I looked, they seemed to multiply.

An interactive candlelight vigil lay to the side of the room, and I was eager to take part.

A tall stick was the mother flame, and I removed it from its holster to light my smaller, personal candle.

Having never done this before, I lit the wick at an awkward angle, producing a flame that wobbled precariously.

Despite my best efforts to will it into strength, my fire died, perhaps a reflection of my lackluster relationship with God.

At the head of the church, there was a confessions area, where no photos were allowed, and a handful of people sat alone in quiet prayer.

I snuck past the sign and joined them, keen to get closer to the action.

Meditating in the Basilica

I began to meditate–which I suppose is not so different from prayer- and with my eyes closed the ambiance was surreal.

The acoustics made the crowd sound muffled and distant, giving the impression I was deep underwater. Here I swirled in the haunting echoes, under the spell of the divine.

The architects of this church spared no expense in creating the illusion of a holy space, the feeling that God Himself was present in the room.

The level of detail is astounding, the product of almost a century of construction, and the donation of precious jewels from rich Lyonnais families. Whether you are religious or agnostic, believer or heretic, the beauty of this basilica cannot be denied.

It is an inspiring example of the amazing things people can create when we get together for a common cause: a work of art grander and more magnificent than the sum of its parts; a marvel of creation.

La Basilique Notre Dame de Fourviere is open every day from 07:00- 19:00 and can be found on top of Fourviere hill to the west of the city, just above the old town.

Parc des Hauteurs is just beneath it, accessed on foot by the street Mnt Saint-Barthelemy. 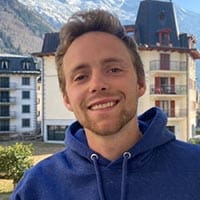 Henry Small is a freelance writer who lives in the French Alps and runs his own blog and has been published in the magazine Shout Cry Yell and is soon to be published in Wander travel mag.  He loves to travel solo.