Along the northwestern tip of the island of Oahu, Hawaii lies Ka`ena Point, a remote shoreline offering visitors a close encounter with native wildlife, island history, and Hawaiian folklore. As residents of Oahu, my family and I were looking for an adventure that we wouldn’t find in

crowded Waikiki, so we laced up our hiking shoes one Sunday to experience a bit of wild Hawaii.

From the Mokuleia side of Ka`ena Point on the North Shore of Oahu, there is a gate that leads to a dusty labyrinth of tracks known as Ka`ena Point Trail. My husband had parked our car in the small dirt lot before the gate bordered by a blue ocean and a wall of fishermen.

We had brought along our young daughter, and I held her hand as we began our trek along the 5.6-mile scenic and appropriately marked Coastal Hiking Trail.

While we walked west, the wind whipped at our backs. Ka`ena Point is exposed to the elements and does not have shade, restrooms, or running water. It is recommended that visitors carry at least one liter of water per person and to wear a hat, hiking shoes, and plenty of sunscreen.

We trod slowly, careful with our footing over the uneven, rocky soil. A huge green mountain jutted up from the earth to our left and, to our right, the coastline was a mangled delight of rough waves, sea cliffs, and rocky beaches. The landscape was dry, but it is not uncommon for rain showers to come and go at random, transforming the terrain from dusty into muddy in a matter of minutes.

Remnants of the Old Railway

As we walked, we noticed the rock-faced retaining walls of former railroad bridges visible from the trail. Train tracks had been installed along this route in 1887 to carry passengers and goods between Honolulu and the North Shore, and it had stood until 1946 when the tracks were swallowed by a tsunami. The railroad was never repaired, and what remains today is a memorial to the ingenuity of human engineering and the greater power of Mother Nature.

One and a half miles into our journey, we followed the trail across Hawaiian Monk Seal Beach, a rare sandy beach among sea cliffs and a common place to find resting Hawaiian monk seals. With only an estimated 1500 remaining in the wild, Hawaiian monk seals are a federally protected species and it’s against the law to approach one too closely.

That didn’t keep us from almost stumbling over one, a dusty gray lump nearly indistinguishable from the lava rocks that also lined the beach.

Along one stretch of coastline just west of Hawaiian Monk Seal Beach, there was a brave group of locals taking turns jumping from a cliff into the blue-green waters.

After two miles, we came to a nine-foot-tall predator-proof fence used by conservation biologists to keep out dogs, cats, mongoose, rats, and mice – all considered to be invasive species in Hawaii. From an environmental perspective, invasive species are one of the largest threats to native wildlife. We passed easily through the unlocked gate and into the natural area reserve beyond.

The dust gave way to sand bordered by native naupaka kahakai, a local plant that helps to prevent shoreline erosion, and a rope to keep visitors from trampling over other native flora and fauna. From the trail, we could see the burrows of nesting wedge-tailed shearwaters, and seabirds who use the Hawaiian islands as their nesting grounds.

Ka`ena Point is also one of the only places in the world where nesting Laysan albatross can be observed closely without supervision. We watched in amazement as juvenile Laysan Albatross practiced flight. These enormous birds were only weeks from leaving the colony to spend five-to-seven years over the open ocean before eventually returning to mate.

At the most western tip of Ka`ena Point, the trail melted into an array of sand dunes, one of the last dune ecosystems remaining in Hawaii. Just beyond the dunes lay a series of black volcanic tide pools whose backdrop was a blue torrent of the Pacific Ocean.

We found a spot between dunes and out of the wind to enjoy a picnic lunch, and I watched between bites of a sandwich as a lone monk seal wiggled its way through the pools to open water.

In addition to its beauty and ecological significance, the westernmost point is also known in Hawaiian folklore as the physical location where the souls of native Hawaiians jump into the afterlife.

According to legend, when a person dies, the spirit departs the body and travels westward until it reaches the tip of Ka`ena Point before passing into death.

After lunch, we wandered down to the tide pools, ancient remnants of volcanic activity created hundreds of thousands of years ago when lava 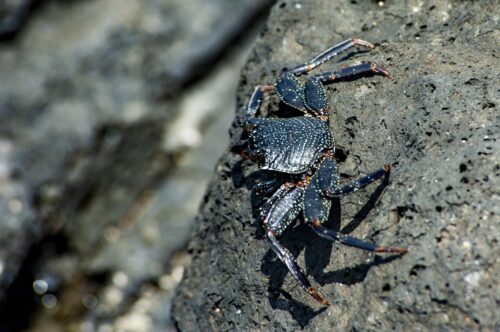 cooled to black rock against ocean waves. I held tightly to my daughter’s hand as we traversed through walkable portions of the tide pools. Waves crashed with great power only a short distance away, the water pushing its way forward and refilling pools inhabited by a variety of tiny fish and hermit crabs.

When we departed the tip of Ka`ena Point, our packs were lighter on both water and food as we retraced our steps along the trail, and we were amazed to find a completely new view. As we walked, we kept an eye out for dolphins and breaching humpback whales.

Except for the few off-road adventurers and nature enthusiasts we passed that day, we felt like we had the entire place to ourselves – our very own slice of wild Hawaii. 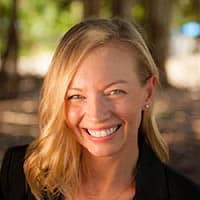 Amy Perez is a travel writer and self-proclaimed adventurer who lives to explore the natural world. She holds master’s degrees in both biology and education and believes strongly in environmental education for kids of any age. When she’s not blazing a trail or diving blue waters, she’s writing about her adventures on her website, FreelyInspired.com. Amy lives in Honolulu, Hawaii with her husband and young daughter.