Underneath San Antonio, Texas, a City with a UNESCO Culinary Honor

There are so many different and eclectic things to see and do in San Antonio that you could get easily distracted and miss something you want to experience unless you have a plan.

It’s difficult to put the finger on any one thing in particular but to put a finer point on it, there is a lot of history, food, and culture to dive into and unearth, though not necessarily in that order.

San Antonio’s Riverwalk and the Bats

My hotel overlooked the city’s famous Riverwalk, so that experience in itself was pretty cool. The very first time I went down for dinner, I was pleasantly surprised that they have carriage rides on the streets of downtown San Antonio, not unlike New York City. Still, their carriages look like Cinderella carriages; all decked out in lights and glittery things. Being a girly girl, I loved it!

Another thing I discovered walking to dinner — which was only a block away — was, what I thought were birds flitting around at twilight, were not birds at all but rather bats. There were plenty of bats screeching and honking horns and tourists looking up, pointing, and generally oohing and ahhing all over the street. It was another experience I hadn’t planned or expected. But something you don’t see every day.

Walking down to the Riverwalk was another wholly different experience. I’m not sure what I expected, but the organized chaos was refreshing. Anyone just walking around would think it was a free-for-all, but looking deeper and listening harder, you can see how every restaurant, every vendor, knows exactly who’s waiting, who needs what and makes sure they get it. It’s a beautiful thing.

But the Riverwalk is so much more. Not many people know that it serves as an intricate drainage and floodgate system because there used to be a flooding problem in the downtown area.  So, since they had to create a drainage system anyway, it was decided to also turn it into an urban walking space. Et voilà, the Riverwalk was born.

This allows visitors to explore the recently announced UNESCO World Heritage Site. If you don’t want to walk (it’s a few miles), you can take a river taxi. Yet another experience.

Continuing on the Riverwalk with the Museum Reach portion will connect you to the Pearl Brewery Complex, leading you to the San Antonio Museum of Art, the Southwest School of Arts, and the Tobin Center for the Performing Arts. There’s also the brand new Hotel Emma.

The Riverwalk has also been host to movies, weddings, and parades. When the Hyatt Regency opened in the ’80s, it provided a public walk-through to the Alamo via a park lined with fountains.

So, in general, the Riverwalk, which is literally underneath the city, is its own little city that provides all kinds of entertainment, food, and culture to the downtown area and beyond.

Not many people know about the UNESCO designation of the San Antonio Missions. There are five, including the Alamo, that speak directly to the history and development of San Antonio.

San Antonians cherish their history, and the UNESCO World Heritage designation allows the missions to be shared with domestic audiences and international audiences. They expect it to bring with it more jobs and substantial economic growth.

The first Mission is, of course, the Alamo. Built in 1718, it served as a way station between Texas and Mexico but was closed as a mission in 1793. The second is the Mission San José,  circa 1720, it was the largest (“the Queen”) of the missions and served to provide sanctuary and a cultural community to the indigenous Indians.

The Mission Conceptión was the last one built in 1755 and still stays true to its design, look and feel. It is the oldest unrestored stone church in the United States. You can still see some of the original frescoes on the walls.

In addition, all of these missions still have operating chapels and hold mass regularly.

To further investigate what lies beneath the city, you need to drive about 15 miles to the Natural Bridges Caverns. The story goes that the land was a privately owned cattle farm, and one day the owner noticed some of his cows missing. When he went out to find them, he discovered a few of them had fallen into a sinkhole.

It turns out the sinkhole led to a relatively vast network of underground caverns that no one knew was there. They were discovered by two students from St. Mary’s University.

So in 1960, they started excavating to see what was there. They found rooms below 180 feet and at least one mile long, with a possible two more miles as yet unexcavated.

Within the caverns, they’ve discovered arrowheads, human and animal remains dating back to 5000 B.C. It’s believed that the upper part of the caverns was inhabited by ancient people then. It was probably much as it is now, with the interior temperature at an even 70 degrees and 99 percent (!) humidity.

Today, the Caverns are on the National Register of Historic Places but have been operated since their discovery by family members and in 1971 became a U.S. National Natural Landmark.

Besides having the missions as a UNESCO World Heritage Site, the entire city is designated as a UNESCO Creative City of Gastronomy.

Instrumental in that designation is Chef Elizabeth Johnson, owner of the Pharm Table restaurant, an organic, plant-forward establishment. She is referred to as “the food is medicine guru” by the James Beard Foundation.

To get the designation process moving forward, she worked with a team of people and the private sector to lobby the city to get behind applying for the UNESCO designation because the city is the one that had to make the formal application. “It was a unique experience to be part of the whole project.”

The UNESCO application process takes two years, primarily because it has very few resources. They are evaluated, graded, and vetted by network members and by experts within the organization. In addition, the applications are not open every year.

San Antonio tied their UNESCO designation to their “confluence of cultures” that make San Antonio unique.

The Spaniards (Canary Islanders) needed to expand the reach of the Spanish Crown, and Gebhardt (a German) was fascinated by the marketing genius of the Chili Queens who ran the street markets at night.

He created a line of chili powders so people could take home the flavors of San Antonio. This unique confluence of cultures is unique to San Antonio, and it defines the south Texas cuisine, which is German, Spanish, and indigenous, also known as Tex-Mex.

“San Antonio will move forward from not having to have the designation by leaders being the drivers of leading by example and using food and culture as the driver for sustainable economic development in their backyard.

Chef Elizabeth’s goals are to create sustainable development, which is here to stay. It’s not a trend. Communities need to support independent restaurants.

Pharm Table’s mission is to heal the planet and people with food. There’s a meshing of the two, which, at Pharm Table, means culinary medicine.

“Bringing increased awareness to the people of San Antonio means a lot of work because it’s much harder to re-educate people than educate them properly in the first place.”

“Not every [food] operator needs to focus on the same thing. Rather, we should focus on one thing within those goals where we can measure the impact of sustainable economic development within the community, thereby creating a stronger food heritage”.

Farm-to-Table is a huge component of Pharm Table, and it’s a labor of love. Everything at Pharm Table is locally sourced and globally inspired. Spices and herbs from all over the world are used in the recipes, no dairy is used, and you can add meat to any dish on the menu.

According to Chef Elizabeth, “we consume so much sugar, meat, dairy, and processed foods, that our bodies are in chronic inflammation, leading us to every known ailment — e.g., cancer, diabetes, arthritis, lupus, leaky gut, etc. So, you can heal yourself with food, and you can kill yourself with food.” It’s a double-edged sword.

At Pharm Table, all meals begin with the house mouge bouche, the ginger meal starter. “It’s really about thinking before we eat.”

The ginger meal starter helps calm the vagus nerve (which is why we can’t reap all the nourishment from our food or digest it correctly). It represents all six flavors from the ayurvedic flavor wheel, represented in nearly all Pharm Table’s dishes.

“When we can satiate the body with all six flavors in the meal, our body is more in balance, and we don’t experience intense cravings.”

Exploring and unearthing everything to be discovered in, around, or underneath San Antonio would be a delightful task that one could spend several years studying, photographing, and writing about. While the surface has barely been scratched, the adventure is ongoing, and San Antonio has much to offer anyone who ventures there. Go. You know you want to. 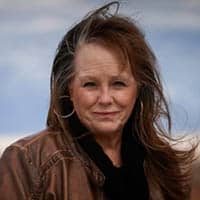 Kathleen Messmer is an Albuquerque, New Mexico-based freelance journalist who writes about destination travel, food, off-the-beaten-path travel, and UNESCO World Heritage sites. Her goal is to visit and photograph every UNESCO site before she leaves this world. You can find Kathleen’s articles on her website, indiespirit.live