The pot of gold for fun, entertainment, vices and extreme indulgence has always been Las Vegas, but it’s not that easy to achieve. Nicknamed as the city of sin, this place can be so intense for some people.

Once you land at McCarran International, you’re bound to experience a great adventure and discover stories you’ll never forget. While Vegas is the hub for everything that is fun, you may want to explore the desert on several day trips that are equally thrilling.

Here are the best day trips from Las Vegas you couldn’t skip. 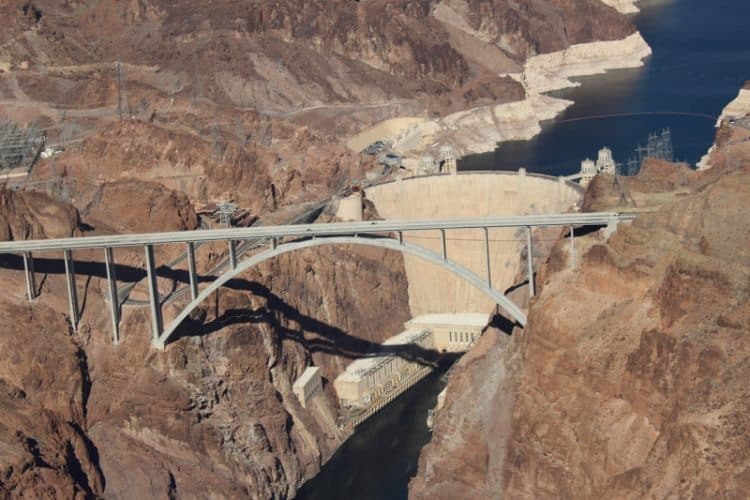 Between the Nevada and Arizona borders, the Hoover Dam stands tall like an unstoppable force of nature, one of the magnificent creations of humankind. It was built during the Great Depression and named to glorify the then President of the United States Franklin D. Roosevelt.

To fully comprehend the immensity of this structure, people can still take Hoover Dam tours from Las Vegas either by foot or helicopter.

At first, it looks scary, but once you slowly take in what you see, you realize how beautiful it is. 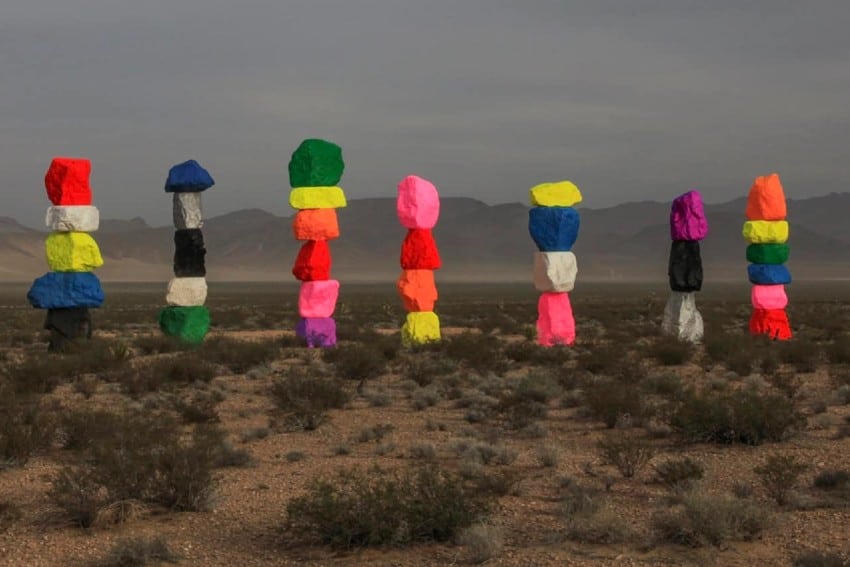 If you see seven colorful sculptures within a barren landscape, can you not call it art in all its grandeur?

Out in the desert just 10 miles away from Las Vegas, this art installation, which is composed of huge stacked rocks in different colors, is open to the public. They stand out mysteriously like a modern Stonehenge.

There’s no better way to appreciate it than to take a closer look.

Out there in Nevada, the Valley of Fire is waiting to awe you. Named after its red sandstones that stem back from the Aztec period, this 46,000-acre within impressive terrains is filled with 2,000-year-old petroglyphs

Visit the state park for historical tours, taking a picnic, camping or hiking as further as you want to explore.

When talking about the remarkable tourist destinations in the US, it’s hard not to mention the Grand Canyon. Believed to have existed for more than 5 million years, this grandiose series of plateau expands across 277 miles.

It’s impossible to internalize its magnitude in just a single visit, but whether you want day trips or multi-day tours, there are plenty of options for Grand Canyon tours from Las Vegas. You can test your endurance for hiking through the terrains, but you can also take a helicopter tour, ride a train, or bravely walk through the glass bridge 4,000 feet above the surface.

The drops of Black Canyon often makes every visitor feel intimidated and scared, and it’s what makes this destination popular among tourists. You can trek through trails and roads to explore western Colorado’s share of natural wonders.

Follow the East Portal Road that leads to the river where you can spot some wild animals like deer and elk, and – if it’s your lucky day – golden eagles.

Despite the reality of the water shortage in Lake Mead, it remains one of the most impressive places in the southwest. Created by the Hoover Dam, this reservoir is a spot to relax and unwind, whether laying on the beach or rowing a boat through the coves.

This destination has served as a place for recreation, but it also needs to be preserved as a national monument.

A national conservation area of more than 48,000 acre, Sloan Canyon is filled with over a thousand petroglyphs and hundreds of rock art panels believed to be created from prehistoric time — more than enough to awe you.

The center of attraction is the petroglyph site that has been preserved for almost two decades so that new generations can explore it.

The silver and gold mines of Eldorado Canyon share a rich part of Nevada’s history. Just about an hour drive from Las Vegas lies the “ghost town” of Nelson that is now popular among tourists. It’s quintessential to visit this place and learn about the origins and tales of the Wild West. Explore the canyon with fun tours and priceless history lessons backed by artifacts.

The Furnace Creek Ranch in Death Valley maintains the official world record of the hottest air temperature on Earth at 134 degrees Fahrenheit in 1913.

Despite the heat, this dry national park remains a scenic view waiting to be appreciated — when you’re prepared for the journey. Explore some salt covered landscape, see the wildflowers and unfold a few mysteries along the way.

Nearly 500 acres deep, the Hidden Valley of southeast Reno is a regional park that has appeared in video games and other various media projects.

Finding some flora and fauna through guided trails can be a fun way to understand the vastness of the valley. Make sure to bring enough water to keep you hydrated throughout the day.  It is way more interesting than the salad dressing.

If you’re looking for an experience that’s both surprising and baffling, the Antelope Canyon can be your option. This key part of the Navajo Nation is 120 feet deep, it includes the Upper Antelope and Lower Antelope which are difficult but can be reached by guided tours.

The “slot canyon” is the most visited and popular for being more accessible and equally fascinating with its hues and patterns that seem to flow elegantly.

Named as the “first” national park in Utah, Zion National Park has trails for hiking, the same paths the pioneers had trodden.

Make sure to look at the colorful sandstone cliffs and take a moment to see various plants or observe the animals. Plenty of adventures await you there, whether you want to hike, climb the canyons, or camp in the wilderness. You can easily spend at least two days enjoying the park.

What’s behind those gates at Area 51 in Nevada is yet to be known, as it’s a highly classified US Air Force facility. One of the theories says you can find some evidence inside that proves extraterrestrial life.

Tours to this place, including local souvenir shops outside Area 51, can show you enough to know that this is not just an air force test center. It’s opening up to possibilities – including aliens – even if you don’t believe it.

Bryce Canyon is composed of naturally formed amphitheaters shaped like a horseshoe. It’s like a labyrinth of colored rocks and plateaus offering panoramic views.

Witness one of America’s wonderful natural sites, and meet wildlife while walking through fir-spruce forests. You may also want to spend the night stargazing, as there are no huge light sources nearby.

Being in Red Rock Canyon makes you think you’re in the “Breaking Bad” TV show.

A scenic drive across 13 miles offers a view of red sandstone peaks, while tours can lead you to petroglyphs, as well as  the Keystone Thrust Fault. Make sure to also explore the trails such as Calico Tanks, Moenkopi Loop, Calico Hills and Turtlehead Peak.

If you still want to stay in Sin City after your desert adventures, check out more fun things to do in Las Vegas. This tourist destination may have garnered some misconceptions, but the real deal here is one way to enjoy the present moment with your friends, family or on your own.

However you choose to roll, maybe it’s worth remembering the famous rule — “what happens in Vegas, stays in Vegas.”