Riviera Maya: So You Think You Know Mexico?

Tacos, sombreros, mariachis, ponchos, chilis… Tequila! It’s hard to think of a country that has more successfully exported its national identity through a series of stereotypical images, than Mexico.

In fact, this imagery is so widely known and so iconic that the uninitiated tourist could be forgiven for thinking they know all about Mexico before they even begin.

But scratch the surface and there is a depth to Mexico’s culture, history, and geography that will speak to even the most discerning of independent travelers.

The Caribbean Coast of Mexico’s Yucatan Peninsula might be best known for “Spring Break” parties at Cancun or an emerging hub of stylish indulgence at Playa del Carmen.

But head south to Tulum, a smaller town with a quietly intriguing mix of locals, backpackers and Mexicans seeking a change of pace from the busy north. Here you will find ancient Mayan ruins flanking the shoreline.

Today, the Mayan ruins at Tulum have been successfully restored. The site is well presented with just the right balance of authenticity and information.

I was up with the birds and managed to get there well ahead of all the tour groups. I had the place pretty much to myself for the first half an hour, which is almost enough time to see the whole site.

The most remarkable feature of the ruins at Tulum is their juxtaposition with the breathtaking beaches of the Caribbean.

Standing on the clifftop, looking out over the turquoise waves, you can’t help but imagine what it must have been like for the Mayans that once lived, worked, and worshipped there… or for those Western explorers who first encountered them.

From Tulum, you can take a day trip north to go snorkeling at Akumal Beach, where you will be swimming with turtles just offshore before reaching the coral reef that runs parallel to the coast about 200 ft out.

Just to the south of Tulum lies Sian Ka’an Biosphere Reserve which became a UNESCO World Heritage Site in 1987. The site is now protected by strict rules which restrict its development and aim to ensure that any tourism in the area is sustainable.

My guide informed me that landowners within the reserve can only develop 10% of the land they own and even this is subject to having a clear ecological plan approved.

The site is an extensive area of mangrove swamps and semi-saline lagoons, connected to the Caribbean Sea and linked together by a network of freshwater canals. The reserve is home to a wide range of flora & fauna, most notably birds, reptiles and marine animals.

Due to its geography, Sian Ka’an can support a diverse mix of life, for example, both freshwater and saltwater crocodiles can be found living a few hundred meters away from each other.

I used an organization called Centro Ecologico Sian Ka’an (CESiaK) for my boat trip to the reserve. My guide Miguel was a biology graduate who grew up in the local area but studied in Mexico City.

I was seriously impressed by his knowledge of the area and its wildlife, as well as his passion for conservation and sustainable tourism.

I saw many birds; ospreys, kingfishers, vultures, pelicans, storks, and more. I even saw a peregrine falcon chase down a heron which was an amazing sight. We pulled right alongside a fully grown saltwater crocodile, who my guide suggested was probably about 50 years old.

After my time on the Caribbean beaches of the Riviera Maya, I turned back inland and headed to the northern part of the Yucatan Peninsula, towards the Gulf of Mexico.

Along the road to Merida lies the famous archeological site of Chichen Itza.

Between 600 and 1250 AD, the city was the center of political, economic, religious, and military life for the Maya of southeastern Mesoamerica.

The ancient buildings have been carefully restored and beside each one is a plaque describing its significance and possible use.

For me, the most striking thing about Chichen Itza is that it evokes a real feeling of an ancient community.

There is a large central temple, a plaza, a marketplace, an observatory, and a huge sports arena “The Great Ballcourt” which was the largest in ancient Mesoamerica.

There are also two sacred “Cenotes” meaning sinkhole or natural well. These features make it easy to relate to the time when Mayans still occupied Chichen Itza and lived out their lives there.

Pastels and forts… The architectural legacy of Spanish colonial rule

Spanish rule had a strong influence on infrastructure and architecture, especially in the important port towns of the Gulf of Mexico and the influence is still evident today.

One such city is Campeche, where the colonial legacy is particularly well illustrated.

Colonial-era Campeche was targeted by pirates more than any other town in the Caribbean. Almost as soon as the town was established by Spanish conquistadors in 1540, the pirates began to successfully attack and lay siege.

Only after the residents of Campeche erected a fortified wall around the town (completed in 1719) did the raids stop. The wall was so successful that it is now considered to be the finest example of its type and time in the Western Hemisphere.

Today the wall and its forts only partially remain. The impressive Puerta del Mar (Sea Gate) still faces west towards the Gulf of Mexico and its counterpart, the Puerta de la Tierra (Land Gate) faces east towards the rest of the Peninsula.

The city of Campeche has grown considerably but the area previously inside the wall has been beautifully restored.

There is a central plaza flanked by a large cathedral and fully restored mansions, all in the Spanish colonial style.

Leading off from the plaza, I found street after street of pastel-colored houses, dotted here and there with churches and remains of the old wall.

Southwest of the Yucatan is the state of Chiapas. Here the diversity of Mexico’s geography really plays its part in shaping the attractions on offer.

Just south of Palenque, on the road to San Cristobal de las Casas are the waterfalls of Agua Azul.Agua Azul literally translates as “Blue Water”. Upon seeing its rushing cascades and deep blue wash pools, it’s not hard to see why.

The water takes on such an intense blue color because of its high mineral content, particularly lime.

As such lime-rich water has flowed over these waterfalls for thousands of years, instead of eroding the surface and banks and carving a smooth path as you might expect, it has actually deposited limestone along its course.

Once you reach the bohemian mountain town of San Cristobal, the first thing you’ll notice is how cool everyone is…

And I’m not just talking about the laid-back vibes! At an altitude of over 7000 ft the city has a temperate climate and is located in a valley, surrounded by pine-covered hills.

Only three hours away, it sports a total of 59 lagoons of different sizes and colors, surrounded by woods, caves, and brooks.

I spent three weeks exploring Mexico’s Yucatan Peninsula and the surrounding southern states. What I found was a destination so rich in its diversity that I was consistently left wanting more. Of course, the world-famous food, music and vibrant culture lived up to its name and certainly did not disappoint.

But it was the surprising variety and depth of the place that really kept me excited about what I would find around the next corner. 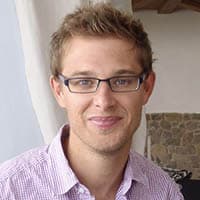 Chris Beane is a freelance writer from Bournemouth, England.  He is a tourism graduate from the UK who has traveled extensively throughout Central and South America. He now lives in rural Shropshire (UK) with his partner Delny (an artist) and two young daughters.