Beyond the images of prairies, dustbowls, and cowboys, that frying pan-shaped state smack-dab in the middle of the map is enigmatic to most Americans—especially East Coast denizens of the ilk of this author.

Welcome to Oklahoma: Where the wind comes rollin’ down the plains and the Midwest and Southwest collide head-on.

Home to the largest stretch of the iconic Route 66, 44 separate governments (39 Native American nations, plus the state government), oceanic expanses of grasslands, and the Tiger King, the Sooner State is quintessentially American.

Great Plains and the Ozarks

Road-tripping through the Great Plains and the Ozarks, I spent three days exploring the prairie polis that is Oklahoma City.

Buzzing with nightlife and boasting exquisite craft beer culture, first-rate museums, and quirky neighborhoods, OKC is, for my money, one of the most underrated cities in the U.S.

Within a few hours of driving of Kansas City and North Texas, Oklahoma’s capital is an ideal stop on a Great Plains road trip.

While in town, I chatted with Meg Cathey—a proud Oklahoman and the communications coordinator at VisitOKC—for insider tips on how to enjoy a trip to OKC to the fullest.

Meg’s take on the allures of OKC: “It’s is the perfect mix of modern and nostalgic.

“Visitors will find a variety of experiences and destinations, diverse cuisines, the heritage of the American West, outdoor festivals, a thriving nightlife scene, fourteen diverse districts, and much more.”

For a rowdy night out on the town, Uber over to historic Bricktown, a district that was once a manufacturing hub but whose red-brick mills are now repurposed as bars, restaurants, and hotels.

Reminiscent of San Antonio’s Riverwalk, Bricktown centers around a walkable canal crisscrossed with bridges and hemmed in by historic wrought-iron and red-brick buildings.

Bricktown Brewery serves up satisfying burgers, quesadillas, and other comforting dishes and boasts an impressive assortment of Oklahoman ales.

Also, did you know that Oklahoma has a handful of enviable grape-growing regions and that the Sooner State produces a fair amount of wine? Head over to Bricktown winebar,

Put a Cork In It, to try some unexpectedly savory Oklahoman vintages.

Oklahoma takes its craft beer seriously, and there are sundry top-notch breweries in OKC and the nearby college town of Norman.

As Meg puts it, “OKC’s craft beer scene has changed dramatically over the last few years as the city continues to rapidly expand and evolve.

From fruity sours to famous stouts, the local craft beer scene is approachable and diverse.”

Prairie Brewery makes some of the best off-the-wall beers in the country, hands down. Bomb!, a stout brewed with cacao and ancho chiles, and Rainbow Sherbert, a sour enlivened with a panoply of assorted fruits, are two of my favorite offerings from Prairie.

Their brews are as irresistibly appealing as the psychedelic artwork adorning their bottles. Stonecloud Brewery has a more traditional beer list and is another local favorite.

Like Texas, Oklahoma has a deeply rooted BBQ tradition, but there’s a universe of fabulous food beyond smoked meats in OKC. Waffle Champions, a bustling eatery in downtown OKC slings sweet and savory waffle creations as well as riffs on the classic chicken-n’-waffles.

The wait time was about thirty minutes, but this was a Sunday around brunch time.

If you’re in the mood to sip a flawlessly crafted old-school-style cocktail and listen to live music in a beautiful building, Jones Assembly is the place to go.

OKC loves a good pizza, and locals at The Flea, a divey but charming watering hole, enthusiastically recommended Halls Pizza and Empire Slice for the best cheesy pies in the city.

We had a brisket and potato pie at Halls, and the strange flavor combo was insanely delicious. Hall’s burrata appetizer, bathed in a bright-orange citrus sauce, was a home run as well.

If you want to splurge and you’re able to make a reservation at least a week in advance, try Nonesuch, a celebrated restaurant fusing haute-cuisine with prairie cookery in a multi-course, prix-fixe menu. Taking after Rene Redzepi—the Danish chef behind the legendary restaurant Noma—the boys at Nonesuch forage the prairie for wild ingredients to amalgamate into their culinary alchemy.

OKC’s Asian District is bustling with fine restaurants, especially Vietnamese. Meg recommends in particular that visitors this enclave while in town:  “A trip to OKC isn’t complete without trying a bowl of pho from VII Asian Bistro, Pho Cuong, Pho Lien Hoa or Pho Ca Doa!”

For a well-crafted cup of joe or a good place to work on your laptop for a few hours, head over to Prelude Coffee, right next to Prairie Brewery, or Coffee Slingers in the downtown area.

In 1995 a domestic terrorist detonated a truck bomb in the Alfred P. Murrah Federal Building in downtown OKC, precipitating the deadliest terrorist attack on U.S. soil prior to 9/11. The site where the ignominious act occurred is now The Oklahoma City National Memorial and Museum.

The memorial is about a ten-minute walk from the Oklahoma City Art Museum (OKCMOA). The Art Museum costs about $10 with a student discount, and it warrants at least one to two hours to see the exhibits.

The OKCMOA houses work by the Old Masters, but also some quirkier but equally interesting regional artists.

For a superb collection of Native American art and regional Southwestern art, head over to the Cowboy Museum.

This beautiful museum tells the story of Oklahoma, the Southwest, the region’s Native American nations, and that enduring symbol of the American spirit—the cowboy—with exquisite photographs, paintings, and sculptures.

Make sure to save time for the outdoor section of the museum where you can explore replicas of traditional Native American dwellings from the Great Plains. We would suggest at least two hours to explore the Cowboy Museum.

The highly anticipated First Americans Museum will open later in 2021 and will vie with the Smithsonian’s Native American Museum for housing the nation’s premier collection of Native American art.

The Texas border is about two hours from OKC and the Dallas-Ft. Worth metroplex is about four hours away by car.

The Winstar Casino (“The Official Casino of the Dallas Cowboys”) is located within a Native American nation en route between DFW and OKC.

Tulsa, Oklahoma, a city often compared with Austin for its vibrant music scene and food trucks, is about an hour and a half from OKC. Wichita, Kansas—another Great Plains metropolis boasting plenty of good food and libations—is about two and a half hours from OKC. 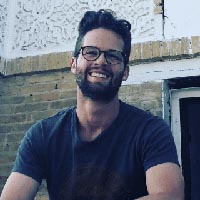 Johnny Motley is a religious studies teacher, incorrigible wanderer, and aspiring writer and photographer. After graduating from Harvard College, he decided that being a responsible adult was not for him and has been scheming about how to continuously keep exploring the world ever since. Read more of his articles on johnnymotley.com and follow him on Instagram @motjohnny.