“I firmly believe that nature brings solace in all troubles.” – Anne Frank

There are times when the only way to find peace is to vacate the premises.

After a month of homeowner hassles and red tape, I decided it was time to step away from the phone, the computer, and the checkbook to seek solace in nature.

And so, on a crisp Saturday morning blessed by a brilliant blue sky, I set off for Seven Creeks Recreation Area in Jacksonville, Florida.

Located on Jacksonville’s Northside, its woods, marshes, and waterways have drawn people since the Timucua Native Americans. The City of Jacksonville recently rebranded the 5,600-acre area to promote the natural beauty that exists in our own backyard.

Getting People into Nature

“Seven Creeks demonstrates what can happen when the government joins a private entity to create something that allows people to get out and enjoy nature. People are surprised to learn of the variety of ecosystems that exist so close to downtown Jacksonville,” says Jim McCarthy, president of North Florida Land Trust.

The Timucuan Trail Waterway Guide helps paddlers navigate Nassau River and Thomas Creek. As the name implies, the Recreation Area encompasses seven creeks, as well as seven parks and preserves, and more than 30 miles of trails.

And every inch of it is free and open to the public.

My appreciation for Seven Creeks began before I even arrived. Following New Berlin Road, I passed several new home communities and land cleared for more construction.

I said a silent thanks to the agencies that set aside undeveloped land for public enjoyment.

The Recreation Area boundary begins near the intersection of New Berlin and Cedar Point Roads.

By starting early, I could easily visit all seven areas, depending on trail conditions and the length of my hikes. Then again, I could savor just one trail to the fullest extent, admiring the native flora and fauna, dropping a fishing line, and picnicking on the banks of a tidal creek.

I did not have a trusty steed by my side, so I bypassed Jim Wingate Preserve, though this equestrian trail is open to hikers and bikers.

If you want to access the trails leading to Pumpkin Hill Preserve State Park, it’s your best bet.

Moving onto Bogey Creek Preserve, just a short distance into the trail, I entered an emerald enclave of live oaks, their massive limbs sleeved in resurrection fern.

A hawk screeched overhead. Songbirds darted about in unseen places.

A pileated woodpecker’s primal call resonated through the trees. Just as suddenly, the woods fell quiet except for the sound of my footsteps crunching through leaves.

As I focused on the moment, the turmoil and troubles of the previous weeks faded.

As often happens on hikes, I encountered a pleasant surprise around the next bend. Three friendly Labrador Retrievers rushed to greet me. Their owners weren’t far behind.

Pausing to chat, the women were fascinating and helpful, suggesting several Jacksonville spots worthy of exploration.

They praised the organizations that preserved these woods and share,  “I have no shortage of enthusiasm for the treasures of Seven Creeks. You could hike for miles and never cover the same trail twice”.

Tempting as it was to linger, the Labradors and their owners forged on and so did I, eventually arriving at the creek. Bordered by tawny marsh grasses, its dark waters reflected a blue sky dotted with cumulus clouds.

I could not imagine a more peaceful place to dine during a pandemic than the picnic table overlooking the creek.

With lunchtime hours away and miles to cover, I left Bogey Creek behind. From the trailhead, I drove a short distance to Cedar Point Preserve.

Within minutes of parking my car, I discovered the Anderson Family Cemetery. Established in 1901, it was the first of many clues that people have been here for generations.

Hiking the trail, I realized that 7 Creeks Recreation Area offers something for everyone: hikers, cyclists, kayakers, fishermen, birders, equestrians, families, and history buffs.

With 15 miles of trails connecting to even more trails in neighboring preserves, you’ll never run out of places to play.

I soon discovered another aspect of the park’s personality. Sheltering under maritime oaks at the Pumpkin Hill Creek kayak launch, I let a brisk breeze wash over me.

Cabbage palms rustled like paper in the wind. I savored the scent of ocean mixed with mud, gazed at the salt marshes, and thought, “This is why I live in Northeast Florida.”

Of every spot I visited, Betz-Tiger Point Preserve is the most family-friendly, especially the Edwards Day Use area.

A new boardwalk and paved trail connect visitors to restrooms, picnic shelters with grills, a kayak/canoe launch, and a fishing platform.

This is where you’ll find a large display of the Nassau River-Thomas Creek Paddling Guide.

Over at Cedar Point Preserve, a man fished from the Pumpkin Hill Creek bridge, with his eight-month-old grandson strapped to his chest in a baby carrier. “You’re starting him off young!” I said.

The baby grabbed for a fish as the man reeled it in. “Teach a man to fish and you feed him for a lifetime,” he said with a smile. He was one of a handful of people I encountered at Cedar Point. There was plenty of room to roam, free from the crush of crowds.

Located on the south end of Black Hammock Island, the trails beckon hikers and cyclists and the boat ramp invites kayakers, boaters, and paddle boarders.

I wasn’t lucky enough to spot a painted bunting, though birders have recorded that avian beauty here, along with more than 200 other species.

By day’s end, I had experienced a good portion of the Seven Creeks Recreation Area. There was still much to explore, including Pescatello Island. I was intrigued by the prospect of a forested, undeveloped island surrounded by salt marsh.

After recent heavy rains, I knew its low-lying paths might be unpassable, so I saved Pescatello for another time. I had found the solace Anne Frank spoke of, and I knew, with so much to explore so close to home, there will be another time.

Know Before You Go to Seven Creeks 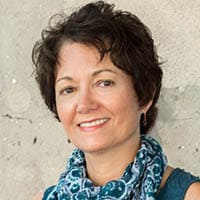 Nancy Moreland is an award-winning travel writer and health journalist based in Jacksonville. She has written for the Chicago Tribune, U.S. News & World Report, and other publications.