Revel in this Gin Distillery Map that lists different gin producers and their locations! This map includes 22 different distilleries on the island of Ireland making it easier for gin connoisseurs to plan their day out.

Gin has been produced in Ireland since the 1790s, but in recent years, Ireland has gone under a gin craze. This has caused many distilleries to open up across the island and there are plenty of options to choose from.

Gin is widely recognized as a classic British liquor, and Ireland is typically known for its Irish whiskey. However, the recent popularity of gin distilleries in Ireland has sparked an uprising of extraordinary botanicals.

The Irish botanicals being used are inspired by the coast of the island. Each distillery uses its surroundings as an incentive to its flavors.

The Leading Distillery in Ireland

Leading the liquor revolution is Dingle Distillery. This distillery is listed as number 18 on the map and is located in southern Ireland, County Kerry.

Dingle Distillery was founded by Oliver Hughes, Liam LaHart, and Peter Mosley. The founders wanted to switch up the liquor playing field by giving an artisan distillery a try.

There were currently 3 major brands that controlled distilleries in Ireland, but the owners of Dingle were willing to risk going up against these extensive corporations.

In 2012 Dingle Distillery began making Dingle Whiskey Casks, right as Ireland was recovering from the greatest recession that the island had faced in many years. The casks were hollow barrels that stored the liquor.

The distillery was officially ready to open on December 19, 2015. 500 casks were then made, and connoisseurs were able to invest in them. Those who chose to invest were named the Founding Fathers of Dingle Distillery.

Each Founding Father had their name, the date, and cask number painted onto their cask.

They were also given the option on what type of wood they wanted the cask made out of to store the liquor.

The Founding Fathers then had to make a decision as to whether they wanted to mature the whiskey, bottle it, or sell their cask back to the distillery. If they choose to age the whiskey, it has to stay at Dingle until they decide to bottle it. 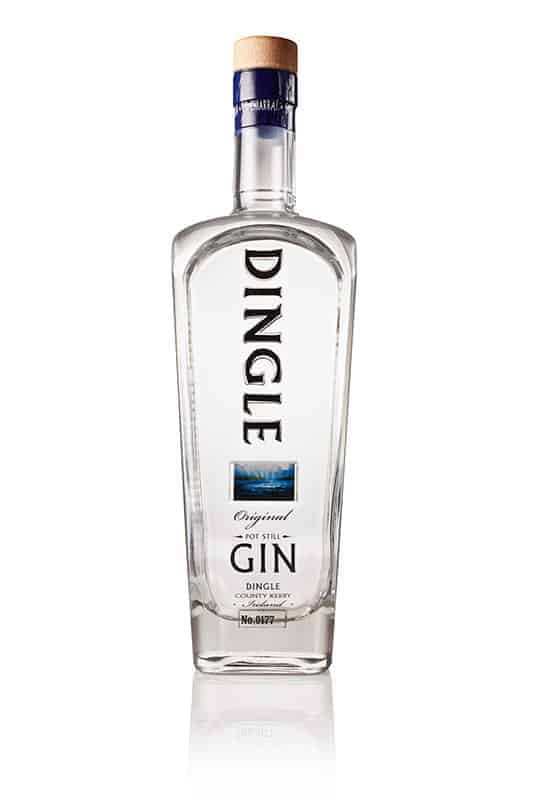 Dingle Distillery’s signature liquor is their Dingle Original Gin. It is classified as having a one of a kind botanical flavor, combined with a dry gin element to it.

The components of flavor are saturated for a whole day. Once the elements are condensed, it is passed through a flavor basket.

Next, the process requires a significant amount of detail to perfect the flavor. To capture the flavor of Kerry, the town it is made in, an abundance of botanicals are used.

Flavors of Bog myrtle, fuschia, mountain ash trees, rowanberry, hawthorn, and heather all perfectly capture the essence of Kerry and are used as botanicals.

Dingle Distillery suggests that for the gin to be savored in an utmost manner, it should be enjoyed over ice, and accompanied by sprinkling juniper berries and a fresh orange slice.

Not too far from Dingle Distillery is the newly opened Skellig Six 18 Distillery. It is listed at number 19 on the map and is also in County Kerry.

In 2019, the owners of Skellig Six 18 purchased a warehouse that housed boats and renovated it to be fit for a distillery.

Skellig Six 18 specializes in their Irish Artisan Pot Still Gin. It is made in small batches, and hand made in the distillery.

To obtain the unparalleled flavor, Skellig Six 18 collaborated with land foraging pros, sea foraging experts, and chefs to perfectly match the surroundings of the Irish coast.

Douglas Fir, birch, and yarrow are a few of the earthy botanicals used.

Unlike others, sustainability is a vital component to Skellig Six 18. Ensuring an energy-efficient and feasible process in crafting their liquor is significantly imperative to their team

An onsite well, rainfall collection from the d roof, and water from Beenatee mountain are used as pure soft water sources.

These sources are the very first landfall points for the rain clouds from the Atlantic Ocean.

The natives on the Irish coast work and exist around the weather patterns of the Atlantic and are patching up the area for generations to come.

If you wish to craft your very own, take a trip to number 9 on the map, Listoke Distillery, located in County Louth. At Listoke, gin geeks are given a guided tour and shown the process of making Listoke 1777 Gin.

During the tour, customers get to select their very own recipe and botanicals to use for their alcohol.

Once selected, the pot-stills are set into place. While waiting for the distilling, local meats and cheese boards from Boyne Valley are served.

Next, the liquor is gathered in glass beakers and crafted to the customer’s preferred alcohol percentage.

It is now sealed and a label is placed onto the back of the bottle.

Easiest Ways to Travel in Ireland
Revolution of Liquor