The Tomb of Agamemnon (Treasure of Atreus), in Ancient Mycenae, Greece

Our story began in 1876 when the German archaeologist Henrik Schliemann was excavating in search of the citadel of Ancient Mycenae.

Three years ago, he had discovered the ancient Troy. It was a beautiful morning and Schliemann was close to the gate of the Acropolis of Mycenae when his archeological hoe struck the stone cover of the first royal tomb of Mycenae.

Holding his breath, he lifted it, and he faced a golden mask of a dead king smiling at him. Around the king, there were precious gold objects. Schliemann had brought to light not only a golden mask but also a great civilization of Ancient Greece.

Schliemann believed that the mask belonged to King Agamemnon, who was the Major General of the Greeks in the war against Troy, but this was not true. The owner of the mask was actually King Atreus, the ancestor of the Atreides Royal Family, and Agamemnon’s father.

It was a summer morning in 2018 when we arrived in Ancient Mycenae. The sun was shining above the Argolic plain. Mycenae, the legendary kingdom of Atreides, is located on a small hilltop in Argolida, at the Peloponnese peninsula. 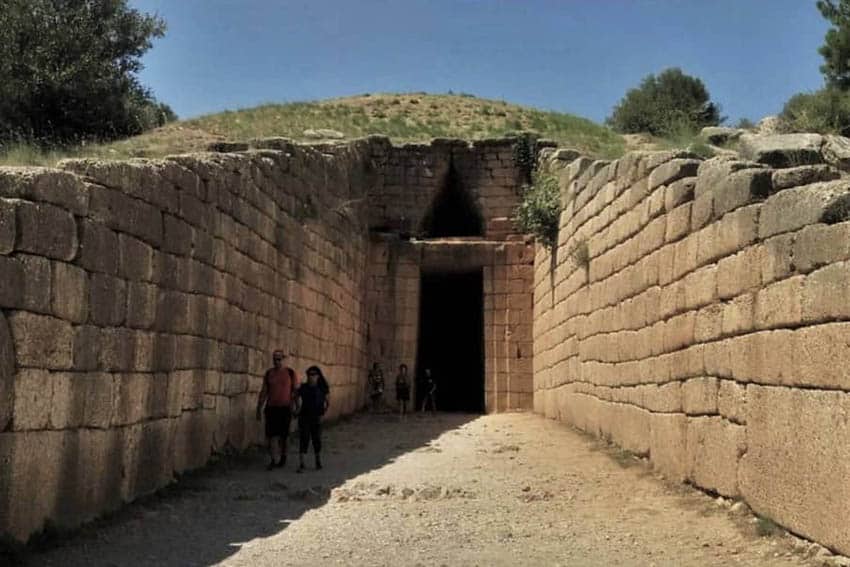 Buying one ticket which cost 12 euros, the visitor can see the Acropolis of Mycenae, the Archeological Museum, and the vaulted tombs of the ancient kings. There are about 600,000 visitors every year, (but not in 2020!)

The area was inhabited since the Neolithic Age (from 4000 BC) but it reached its peak during the Late Bronze Age (1350-1200 BC), giving its name to a civilization that spread throughout the Greek world. During this period, the citadel was surrounded by huge walls.

A majestic palace was built on the top of the hill. The citadel is inextricably linked to the Homeric Epics, Iliada, and Odyssey, which have influenced European Art and Literature for more than three millennia.

The royal family of Atreides led the Ancient Greeks to the Trojan War and the bloody adventures of its members inspired Aeschylus, Sophocles, and Euripides, who were great tragic poets of the 5th century BC.

According to the Oresteia tragedy, when king Agamemnon returned from the war in Troy to Mycenae, he was murdered by Aegisthus, who was the lover of Agamemnon’s wife, Queen Clytemnestra. Agamemnon’s son, Orestes, took revenge for his father’s death by killing both lovers.

The Royal Tomb, a great Monument.

Exploring the area of “Golden Mycenae,” as it was named in antiquity because of their great wealth, we reached the tomb that was once considered to belong to King Agamemnon. In fact, that is the tomb of Atreus and is known as “The Treasure of Atreus”. The vaulted tombs were used for kings and their families.

The tomb is one of the most imposing burial monuments of all times and the most brilliant building of Mycenaean architecture during its heyday. Built between 1350 BC and 1250 BC, it consists of dromos (passage), stomion (entrance), tholos (vaulted chamber), and a small side chamber.

A Road Carved into Rock

A road is carved into the rock, 36 meters long and 6 meters wide, leads to the entrance of the tomb which is 5.40 meters high. It was closed with a double door, as can be seen from the notches kept in the threshold. Ιn order to place the huge boulders, the ancient architects made a ramp, which was removed after the end of the work. The material of the boulders is almond stone, and they are carefully sawn and well-matched.

The monumental façade was decorated with a variety of materials. Parts of the sculptural decoration are in the British Museum, London, and the National Archaeological Museum, Athens.

On the inner surface of the grave, the Myceneans carved the curvature of the tomb. The tholos constantly narrow upwards, to end at the top in a small opening. The dome, with a diameter of 14.60 m and a height of 33.50 m, is built via 33 horizontal rings.

The Treasure of Atreus

Nothing was saved from the contents of the tomb. The information of the historian Pausanias that there was a treasury of Atreus and his family, give us an idea of the wealth that was found when the tomb was violated. The Mycenaean kings were buried with golden masks on their faces.

Their favorite weapons, jewelry, and objects were also gone with the dead. Their weapons were masterpieces of metallurgy, with carvings and beautiful representations.

The findings of the Mycenaean tombs were very rich and included golden and silver masks, golden cups, decorated swords, and jewelry. Most of them are on display at the National Archaeological Museum of Athens. Undoubtedly, the vaulted tombs are royal, or tombs of high officials and are an indication of a prominent position in the social hierarchy in Ancient Greece.

The tomb had been robbed before it was brought to light, and there is no information about the finds that once existed. It was never buried under the ground and always remained visible to travelers like a hill. For a while it was used as a refuge by shepherds whose fires blackened the walls of the tholos.

As we entered the tomb, we needed some time for our eyes to get used to the darkness. Other visitors around us were looking at the high walls and talking in low voices.

When our vision got used to very low light, we could observe the stomion. The intense light of the summer sun was reaching in the dark tomb. The boulders were symmetrically placed. For thousands of years, the Mycenean royal tombs stood here, without being damaged from earthquakes or other natural disasters.

So, we realize the power of the kings who built such majestic monuments in the Bronze Age, and we wonder how many treasures there were in those imposing cemeteries.

The archeological site of Mycenae has been inscribed on the UNESCO World Heritage Convention for the Protection of the World Cultural and Natural Heritage. 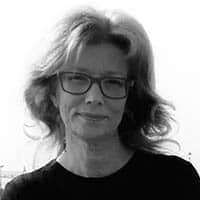 Lia Mageira is a freelance writer who lives in Athens. She graduated with a degree (B.Sc) from the University of West Athens, and her work has been published in Greek magazines and websites.