Twelve barefoot runners wearing Greek tunics toe their marks behind a hysplex, or rope barrier. From the hillside 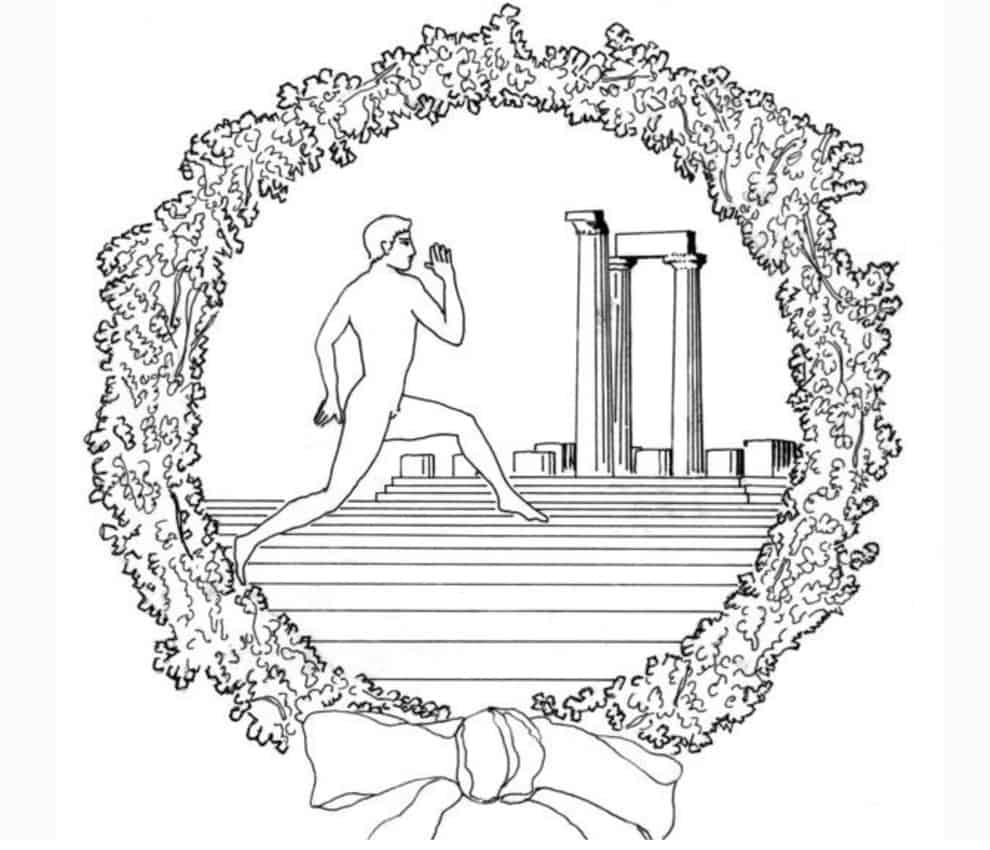 above the ancient stadium, their friends and families cheer and applaud as the starting official raises his hand.

The runners eye the finish line one hundred meters away. Within seconds they will be racing back in time.

“You have the feeling that you’re passing through a kind of time warp,” says Stephen G. Miller, archaeology and emeritus classics professor at the University of California at Berkeley.

“The first time I walked into the stadium at Nemea it was goosebumps for me and for lots of other runners. The tunnel is one hundred twenty feet long and you’re walking from the light into the dark. It really is extraordinary.”

Miller has helped organize the Nemean Games, a revival of Greece’s panhellenic games, at the restored stadium of Nemea on the Peloponnesian peninsula in the province of Korinth.  Local citizens volunteer to host the contest, donning orange and yellow “slave” costumes, showing contestants where to change clothes, escorting them to and from the stadium.

Five hundred runners from 29 countries—male and female, ages 12 to 88— showed up for the first revival of the Nemean Games in 1996 along with 8,000 spectators. Greek hosts provided hand-knitted rugs for them to sit on. Visitors brought their own picnic lunches and cold drinks and gathered on the grassy slopes above the stadium.

The games are decidedly informal, and entrance charges are waived during the event. Registration for participants is free. Men run the 100-meter dash in the morning and women in the afternoon because, as Professor Miller explains, “We only have one ancient dressing room.” Runners are divided into categories of age and gender. However, all contestants run together in a 7.5-kilometer “Footsteps of Herakles” race.

The athletes change into the required tunics in an Apodyterion, or locker room, where ancient runners prepared for the games.

Today, only a few stone columns mark the spot where a small building stood near the tunnel entrance to the stadium.

On game day, canvas material and an awning are erected around and over the Apodyterion site for privacy. Athletes of old anointed their bodies with olive oil before the races.

Today, oil is not so popular with runners but some do rub it on. “There was speculation as to why the ancients smeared themselves with oil,” Miller says.

“People have told me it seems to help them retain fluid. I learn so much about antiquity every time we hold the races.”

Miller has devoted much of his career to excavating the Temple of Zeus at Nemea. Before licensed excavations could begin, however, he was required to arrange the purchase of 77 separate pieces of property which were then turned over to the Greek government. Miller set out to rebuild the Temple at Nemea stone by stone. He also helped raise funds from California patrons to build a modern museum near the temple site.

When today’s runners enter the stadium and take their places, they are facing the same dromos, or running surface of hardpacked yellow clay, as athletes more than two thousand years ago. Before the race in antiquity, the clay was dug up, then rolled to form a hard, smooth crust for the barefoot runners.

Today the surface is carefully swept twice, the track then slowly soaked with water, allowed to dry for a day, and then rolled.

One of the runners at the inaugural Nemean Games was Thomas Niles, at that time the U.S. Ambassador to Greece. During opening ceremonies, he entered the stadium bearing the Olympic flame. Niles remembers (later) walking barefoot through the tunnel, looking at ancient Greek graffiti scratched into the stones by unknown runners.

“Going into the stadium that morning,” he recalls, “was a wonderful occasion. I was competing in the run for men in the fifty- to sixty-year-old category. I was not there officially, but if you are the U.S. Ambassador you’re always representing your country. I wanted to hold up my end of it, which I hope I did.

It was truly an international event, with many people from lots of other countries. Most of the participants were from Greece and America, but many others were represented.

“The subsequent success of our Revival,” adds Miller, “owed very much to Niles. I thought, “If the US ambassador can run barefoot down the track, so can I.” Niles’ example was powerful.

Runners approach the balbis, or starting line, which consists of a line of stones with two toe grooves. In addition, the stadium track is ringed by a water channel made of stone that once carried fresh water to thirsty athletes and spectators. It was fed from a small spring five hundred meters outside the stadium via terracotta pipeline.

The judges wear black—a sign of mourning for the baby Opheltes in whose memory the Nemean Games were founded—while the Aphetes, or starting official, wears white. As the runners get set, judges carrying switches tap their toes smartly to make them toe their marks.

The starter grasps the hysplex release handle and barks out three commands Nemea runners have been hearing since before the birth of Christ:

The starter releases the hysplex, which is based on the torsion concept of the catapult, and the rope barrier snaps to the ground. The runners are off, bare feet slapping the hard clay.

After each hundred meter race, a white ribbon is placed around the winner’s head—as in antiquity—and he or she is given a palm branch, a symbol of victory.

At the closing ceremony, all winners are crowned with traditional wreaths of wild celery commemorating the bed of celery upon which the baby Opheltes was killed.

To cap off the program Stephen Miller reads his poem, “Prayer to Earth.” Nemea’s credo is synonymous with that of the modern Olympic Games: “The important thing in the games is not winning but taking part. The essential thing is not conquering but fighting well.”

That said, Professor Miller once heard the sirens’ call.

“About a week before the games,” he recalls, “I did some jogging on the track. I didn’t want to embarrass myself, and I needed to condition my feet. I was already at Nemea and the rest of the people hadn’t gotten there yet. Three days before the games, a little green-eyed monster called Greed came over me and I told myself, ‘Hey, I can win!’”

In his excitement, Miller pulled a hamstring during practice. When the actual race took place, he participated, though injured. “Boy, was I in pain. I finished last, but I finished. That’s the way most of the people felt. They were just happy to be there.”

The original games at the Temple of Zeus at Nemea were held there until 273 BC when they were moved to Argos. Traditionally, the Greeks had always celebrated athletic and religious festivals at one of four sites—Nemea, Delphi, Isthmia, and (best known today) Olympia.

The games rotated among these sites and, for a brief period each year, wars and hostilities were suspended by a sacred truce. Greeks gathered in recognition of their common humanity. This impulse toward peace—though limited to a few days each year—was the first of its kind on an organized, regular, and international scale. Those early festivals can be seen as the direct ancestors of today’s United Nations and the Olympic movement.

The Society for the Revival of the Nemean Games

The Society for the Revival of the Nemean Games—now with 895 active, dues-paying members from 29 different countries—stages an international athletic festival in which the average person may participate. No records are kept; there are no stopwatches or timing devices.

Each participant, says Miller, “will be rewarded only by feet sore from contact with the same earth where ancient feet ran more than 2,000 years ago—and by the knowledge that he has been in direct physical contact with an ancient idea, an ancient spirit, that still lives in the earth of Nemea.”

The Spirit of Nemea

In 1996 Miller and Niles both witnessed the spirit of Nemea in the flesh. “I was standing by the tunnel,” Miller says, “when I felt a kind of ripple go through the crowd. Everybody stopped talking and a silence fell over the stadium. I heard a sound that’s hard to describe.”

It was the solitary footsteps of runner W. LaGrand Nielsen, of Hemet, California—at 88 the oldest competitor. He was coming through the tunnel, the last to complete the 7.5-kilometer run.

“We all gathered at the stadium end of the tunnel when he came in,” Niles recalls. “We ran alongside him, applauding and cheering as he made a final lap around the stadium track. Everyone was standing and cheering. It was a wonderful moment, a great occasion.”

“The other runners provided a kind of honor guard for Nielsen, running alongside him,” Miller adds. “It was like the spirit of Nemea entered the stadium with him.”

Nielsen returned in 2000 for the Second Nemead and was registered to run again in 2004, but broke his leg and stayed home. He passed away a few months later, but he had already imbued the Revival of the Nemean Games with his indomitable human spirit.  Read more about the Nemean Games. 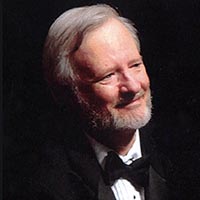 Lawrence Wells is the author of two historical novels (Doubleday & Co) and four non-fiction books. He was awarded the 2014 Faulkner-Wisdom prize for narrative non-fiction at the Words and Music Festival. His late wife, Dean Faulkner Wells, was the only niece of author William Faulkner. Wells’ memoir “In Faulkner’s Shadow” will be published in September 2020 by the University Press of Mississippi. Visit his Amazon author’s page.