Singapore: A Local’s Eye-Opening Tour of His Own Backyard

We live in Singapore, which is a small island, but it has much to offer in terms of attractions and wining and dining outlets.

As we are unable to travel overseas because of Covid -19 we decided to explore areas of Singapore that are old favorites and others that are not so well known.

Highlights included The Old Ford Factory, a hot spring, hundreds of caged songbirds, the largest Chinese cemetery outside of China, a gin distillery, and much more.

It almost seemed as if we were in England when we started our tour with a full English breakfast at Riders Café at The Saddle Club, overlooking the stables, training square and lovely greenery.

The Former Ford Factory is where the British surrendered to Japan during World war 11. The museum is small but fascinating and deserves more visitors.

There is an excellent video of old Singapore depicting, rickshaws, buildings, early transport, and life aboard small boats on the Singapore River. Details of the war build-up and portrayal of the surrender room are very well done.

It is just a short drive from the Former Ford Factory to Bukit Batok Nature Park. The sounds of white-crested laughing thrushes and long-tailed macaques continuously disturbed the silence.

A rather pleasant park for a slow stroll! Check out the number of actions you are forbidden to do on the noticeboard by the entrance! Hint there are 18 specifically mentioned!

Bukit Brown Cemetery is a rather strange choice for a tourist site, but it is the largest Chinese cemetery outside of China. The trail pamphlet is very educational and highlights the different styles of graves used by the different clans, social groups and paupers.  One of the more famous tombs is guarded by Sikh statues.

As per normal day 2 featured food and drink too; starting at Tiong Bahru Bakery at Dempsey Hill. The food and coffee are great but expect to queue as you cannot book!

The gardens and grounds are very pleasant too. The pain au chocolat is to die for and the croissants are equally tasty.

Singapore Botanic Gardens are a short walk from Dempsey and a favorite of ours.

Founded in 1859 it is full of flora and fauna and is the only tropical garden that is a UNESCO World Heritage Site. The National Orchid Garden within is truly spectacular.

Cafe Colbar is something of an institution in Singapore. Opened in 1953 to primarily cater to the British it is still run by the founding Lim family.

The bottled beer options are phenomenal and of course, they have malt vinegar, HP Sauce, tomato ketchup, and chili sauce to go with their chunky chips. Cash is kept in a draw (some things do not change).

Another gem is the Brass Lion Distillery. We got there early and had our own private tour. Interestingly flavored gins containing aromatic torch ginger and citrusy lemongrass touched the right spot.  We were doing well on “affordable luxury” until we decided to try the oysters and cheese board – I am glad we did! For those wanting a hands-on experience, you can sign up for a gin making class.

Day three was rather gloomy and there were a few drops of rain as we headed to the Rail Mall but we soon perked up as we saw the cheerful murals and found the roti prata restaurant.

The Rail Mall is a laid-back single storey strip mall beside the former railway track linking Singapore to Malaysia.

The flatbread egg roti and curry sauce at Springleaf Prata stimulated the taste buds and didn’t damage the wallet. A great traditional Singapore start to the day.

For the adventurous, there are dozens of optional flavors including banana, chocolate, and cheese. With full bellies, we headed to Kranji and Sungei Buloh Wetland Reserve.

Sungei Buloh Wetland Reserve is another place we frequently visit, particularly at this time of year when migratory birds such as egrets, sandpipers, plovers, and whimbrels take up temporary residence and feed on the insects, snails, shrimps, fish, and worms found on the mud flats and in the shallow water of the mangroves.

We kept our social distance from the crocodiles, monitor lizards, and otters of course.

The Sembawang Hot Spring is way up north and like Kranji rather off the beaten track. The park has been “done up” recently but is still interesting for a short visit. It does get very crowded as locals take the healing properties of the water very seriously. Take eggs to boil and have a picnic as you soak your feet!

Not far from the hot spring is the Live Turtle & Tortoise Museum which holds the Guinness Book of Records title for the most turtles & tortoises in one museum. It isn’t anything special but you can have fun feeding the creatures.

Day 4 took us to one most established towns in Singapore, Ang Mo Kio is popularly known as  AMK.

Tim Sum in Ang Mo Kio. We then walked to Kebun Baru to see and listen to the songbirds.

I do not like the idea of keeping birds in cages but must admit that the Kebun Baru Bird singing Club is an interesting and vastly different experience.

There are different shaped and sized cages for each type of bird and tall poles for the doves. Order a takeaway coffee and sit and enjoy the sounds and sights.

Having been to the Turtle & Tortoise Museum it seemed only fair to visit The Ant Museum which is only a 10 minutes’ walk from our home. The Ant Museum opened in March 2020, you need to book in advance online. The short video and guided tour provide fascinating facts about these little creatures.

Ants live in colonies with a queen bee as head, male ants, with wings to assist getting in position to mate with the queen and female worker ants. The queen decides whether to produce males or females.  Ants have 2 stomachs, are extremely tidy and even have a separate toilet area and rubbish disposal zones. The giant forest ant is the star of the museum. Take a trip it won’t be an anti-climax!

It is frustrating to be unable to travel overseas but it has been a pleasure to re-discover the Singapore we often take for granted. 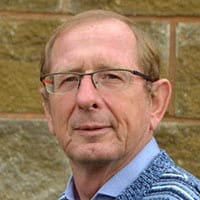 asiaphotostock.com
If this story has inspired you to travel, why not check out the prices to get there and make it happen? Search airfares, hotels, and rental cars here. Thanks!