In the Footsteps of Dracula: Romania

New Travel Books: In the Footsteps of Count Dracula

Transylvania! To really be there at the top of the Borgo Pass, the site where Bram Stoker placed Count Dracula’s “vast ruined castle,” was the realization of a lifelong dream (maybe not everyone’s dream, but it was mine).

I was chilled to the bone by the piercing winds that overwhelmed the pale sunshine of May, but as I walked along the winding road that leads from Piatra F?nt?nele—the Romanian name for the Borgo Pass—to the borders of Moldova and the Ukraine, I knew in my heart that my journey had come to a successful end.

All through my travels, in the darkest moments of doubt and misgiving, I had sensed the spirit of Bram Stoker, or even—a few times—the restless ghost of Prince Vlad the Impaler, urging me to go on just a little further, to tell the stories of themselves that they no longer could.

On my own, I had been everywhere that is closely related to either the literary Count Dracula or his historical counterpart, Prince Vlad the Impaler. In Whitby, England, where the novel Dracula was conceived and partly written, I roamed among the weathered tombstones of the parish church graveyard where Count Dracula took refuge in the sepulcher of a suicide.

I was rowed across Romania’s Snagov Lake by the monk who watches over the island tomb of Vlad the Impaler; visited Prince Vlad’s birthplace in the medieval citadel of Sighi?oara (pronounced See·gish·WAR·ah); and looked down from the top of the High Chindia Watchtower in Tirgovite (pronounced Tear·GO·visht), where Prince Vlad himself once gazed down at 20,000 Turkish prisoners impaled alive and arranged in concentric circles around the city walls.

For me, though, the highest point (in more ways than one) of my travels came after painstakingly climbing the 1480 steps to the ruins of a fortification that Bram Stoker had never dreamed of: Prince Vlad’s forest stronghold at Poenari.

Far from the Borgo Pass, “on the very edge of a terrible precipice” on a peak in the highest mountains of Eastern Europe, I hiked amid the broken ramparts of a fortress that once had reflected Bram Stoker’s description of Count Dracula’s castle almost stone for stone.

To the Borgo Pass

All those places seemed like a dream to me now. I was at the Borgo Pass! In Transylvania!

Situated on a high plateau in northwestern Romania and bounded by the Carpathian Mountains, Transylvania (Latin for “Land Beyond the Forest”) today is home to some 4.3 million Romanians (who call it Ardeal); more than a million Hungarian Romanians (who call it Erdély); the small remnant of what once was a population of nearly a million Germans (who called it Siebenbürgen, or seven towns); as well as Gypsies (or Roma, as they call themselves), Armenians, Ukrainians, Poles, and Turks.

When Bram Stoker wrote Dracula in the 1890s, the terrain of the Colorado River was still a blank spot on the American map, and Transylvania was as unknown and near-mythical a place as Avalon or Shangri-La. As Lucian Boia writes in Romania.

When [Dracula] first appeared, Transylvania belonged to Hungary. Romania inherited the myth [of Count Dracula], along with the respective territory, in 1918. Dracula’s home could not have been placed in the Alps (too close to the heart of Europe) or in Tibet (too far away).

The Carpathians offered just the right setting: on the edge of Europe, where Western civilization gives way to something already different. The Romanian space represents, for the West, the first circle of otherness: sufficiently close for the curious configurations and disturbing forms of behavior… to be highlighted all the more strongly.

On the hour-long bus ride from Bistri?a (pronounced Bee·STREET·zah), where the novel Dracula begins, to the Borgo Pass, I imagined Bram Stoker poring over maps and photographs and manuscripts in Whitby’s tiny library and in the Reading Room of London’s British Museum, conjuring up a vision of Jonathan Harker’s passage by coach over the same terrain in Transylvania.

It was a vision that would last for generations, written by a man who had never set foot in the area—but was Bram Stoker’s vision accurate? Certainly, I was passing through the beautiful country, as my bus struggled along the narrow mountainous road past pine forests above winding rivers, and green hills carpeted with grass that grew so short in the high meadows that it looked like Astroturf.

When the bus stopped at Piatra F?nt?nele—it was ten in the morning and very cold—the Borgo Pass looked more pastoral and less portentous than Bram Stoker had portrayed it. But then I recalled how in Chapter I of Dracula the mood and topography of the land had become more ominous as the day waned and night approached. Jonathan Harker’s fateful coach ride had taken place on May 4th–the year was 1887 according to Dracula scholars—and it was the eve of St. George’s Day “… when the clock strikes midnight, [and] all the evil things in the world have full sway.”

It was early May once again as I stepped off the bus, and more than a century later. For weeks I had traveled to so many sites, some that I’d seen before and others I had only dreamed of, systematically stripping away the layers of myth about Count Dracula and Prince Vlad the Impaler to find the reality within. I had discovered in broken stones and parchments signed in blood why Prince Vlad’s monstrous deeds in life would brand him forever with the name of Vlad Tzepe (pronounced Tzeh·pish), Romanian for Vlad the Impaler, soon after his death.

Now I was finally at the Borgo Pass, where I could follow in the footsteps of Bram Stoker’s Count Dracula to find the real Transylvania of today.

From the bus stop it was a short walk to the Hotel Castel Dracula (see “Bistri?a and the Borgo Pass Today: Life Imitates Art”), where I loaded my camera with film and bundled up in a sweater and parka. With my camera in the right pocket of my parka and my heavily highlighted paperback of Dracula in the left, I headed out into the bitter wind and pale sun of the Borgo Pass.

In Chapter I of Dracula, Jonathan Harker describes his journey from Bistri?a in his journal. As he approaches the Borgo Pass, he writes:

Before us lay a green sloping land full of forests and woods, with here and their steep hills, crowned with clumps of trees or with farmhouses, the blank gable end to the road…. In and out amongst these green hills of what they call here the “Mittel Land” ran the road, losing itself as it swept round the grassy curve…

Beyond the green swelling hills of the Mittel Land rose mighty slopes of forest up to the lofty steeps of the Carpathians themselves. Right and left of us they towered, with the afternoon sun falling full upon them and bringing out all the glorious colours of this beautiful range, deep blue and purple in the shadows of the peaks, green and brown where grass and rock mingled, and an endless perspective of jagged rock and pointed crags, till these were themselves lost in the distance, where the snowy peaks rose grandly.

Later on the atmosphere changes, and Harker writes:

As the evening fell it began to get very cold, and the growing twilight seemed to merge into one dark mistiness the gloom of the trees, oak, beech, and pine…

As I trekked for hours along the Borgo Pass, I read and re-read the above passages, which inspired me to take the following pictures:

“Before Us Lay a Green Sloping Land” shows the contours of the hills, the multicolored houses, the pear-shaped haystacks built Transylvanian-style around posts stuck in the ground in the foreground, and the snow-capped Carpathians in the background. In the picture “In and Out Amongst These Green Hills Ran the Road,” fence pickets as sharp as stakes lean precariously near the roadside, much as Jonathan Harker would have seen them from his coach.

“The Lofty Steeps of the Carpathians” shows just that, with houses lit by mottled sunlight appearing like toys placed in the meadows by the hand of a giant child. “The Gloom of the Trees” was taken later in the afternoon when the sun was hidden and the trees in new blossom seemed bare at first glance.

I took much more pictures of the Borgo Pass area, including the unique and photographically irresistible haystacks; country roads leading into the unknown distance; and the many-colored houses (the practical result of running out of one color of paint and starting with another).

Other pictures and portraits show that the area of the Borgo Pass is hardly as deserted as the first photographs might suggest: as you can see, there are plenty of people and livestock and pets and horse-drawn carts in the villages and farms that encircle the main road.

The last picture of this chapter is captioned “Tutti Frutti.” The Tutti Frutti sign stood across the road from the bus stop, where I waited for almost an hour in the arctic weather for a bus back to Bistri?a that never came.

Instead of a bus, a MaxiTaxi—a privately-owned van, usually stuffed with passengers, which shuttles people everywhere in Romania (see the “Getting Around” section in “Nuts and Bolts”)—finally stopped in response to my frantic signaling. I squeezed inside just before a pelting torrent of freezing rain began to fall.

Even though the driver let me sit up front by the heater, we were almost back to Bistri?a by the time I thawed out. But I was thrilled more than chilled and had never felt so alive.

Buy this book from Amazon 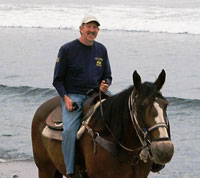 Steven P. Unger is happiest when he can combine his two passions of traveling and writing, as with this book, an article in “Cycle California!” magazine describing a very long bike ride from Madrid to London, and a future project with a working title of The Total Beginner’s Guide to Peru and the Machu Picchu Trail.His other recent published work includes photoarticles in the September 2006, January/February 2007, and August 2007 issues of “Cycle California!” magazine, and in both the online and print editions of the August 2008 issue of “Rocky Mountain Sports” magazine.