Airline Fees Are Just Getting Started 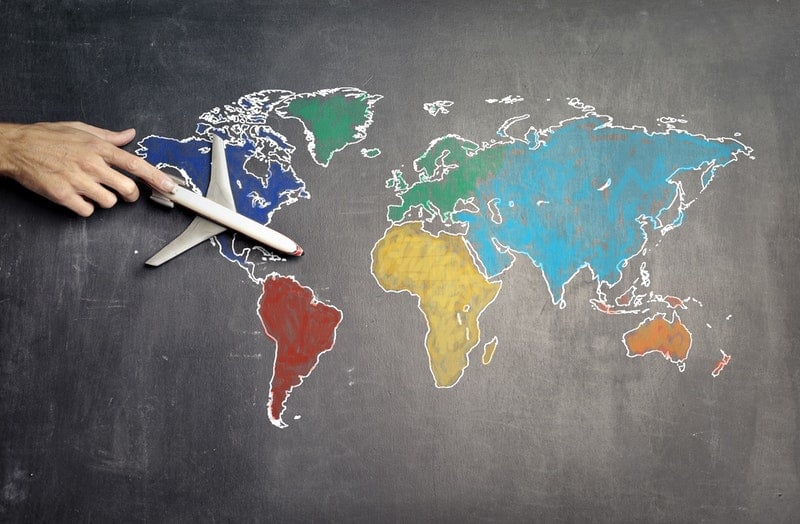 Don’t Get Too Excited about Airline Change Fees, There May be More in Store

Even though airlines are dropping some of their most hated fees, the era of airline fees is far from over.

Airline fees aren’t going away. If anything, they are just getting started.

Experts predict airlines and other travel companies will now try even harder to bait customers with low prices and then prod them into paying extra for something they want.

In August, United Airlines announced that it would “permanently” eliminate change fees for all standard economy and premium tickets for travel within the United States.

The rest of the major airlines — including American Airlines and Delta Air Lines — fell in line within days. (Southwest Airlines has never charged ticket change fees.)

Fareportal’s portfolio of brands, which include  CheapOair and  OneTravel, are dedicated to helping customers enjoy their trip.

Whether you want to call, click, or use one of our travel apps, one thing is clear: We make it easy to take it easy.

Airline Change Fees as of June 2021

But many passengers were skeptical.

“They will likely figure out ways to add new fees,” says John Paul Engel, a frequent flier and consultant from Sioux City, Iowa. “Airlines have the smartest people in the world building mathematical pricing models. No one is better at snatching maximum revenue from customers.”

This is why airline fees aren’t going away

Airlines collected more than twice as much — $5.8 billion — in luggage fees last year.

“Fees have been an essential revenue stream and contributor to profit,” says Alan Fyall, a professor at the University of Central Florida’s Rosen College of Hospitality Management.

But that pales in comparison with the money airlines generate from their most important source of ancillary revenue: loyalty programs.

Frequent-flier program revenue for the major domestic airlines exceeded $18.3 billion in 2018, compared with $11.7 billion a year before, according to CarTrawler, a travel technology company and leading authority on ancillary revenue in the travel industry.

These loyalty points are subject to their own fees. Airlines can also generate more sales by simply raising the number of miles required for a “free” ticket, which is an endless source of frustration for their best customers.

Even now, a time of intense soul-searching in the travel industry, it’s unthinkable that airlines would simply earn money by selling tickets.

Here’s the problem that the end of change fees might resolve: Americans don’t want to fly.

At least that’s according to research by the consulting firm Deloitte. “Airlines want to get travelers to feel safe flying again,” says Anthony Jackson, a principal at Deloitte Transactions and Business Analytics.

Eliminating a fee everyone hates is one way to coax passengers back onto planes.

So when airline executives talk about eliminating change fees being the “right” thing, they are correct.

It is the right thing — for them.

Travelers don’t trust airlines when it comes to fees

Travelers say they are unimpressed with the airline industry’s halfhearted abandonment of change fees.

“The cuts don’t go far enough,” says William McGee, the aviation adviser for Consumer Reports Advocacy. “They don’t apply to basic economy or international tickets, where exorbitant change fees can range up to $750 on American Airlines. And in some cases, the difference in lower fares is no longer credited to consumers.”

They Can Change them Back Any Time

McGee says he laughed out loud when United called the change “permanent.” That’s because an airline can change its fees at any time and for any reason.

Consumer Reports and other consumer organizations in Washington D.C. have been pushing for either Congress or the Department of Transportation to take action on airline fees.

Until they do, promises by the airlines to end fees will be meaningless.

Airline fees aren’t going away. Neither are resort fees

But will other travel companies follow the airline industry? Some have speculated that the hotel industry could make a similar move.

A likely target: those amorphous, mandatory resort fees. If hotels follow the airline industry’s lead, they’ll withdraw the fees conditionally and probably replace them with another fee that covers something that should be included in the room rate.

Fees are a constant source of complaints from travelers.

Whether it’s a vacation rental charging a fee for extra visitors or a tour operator charging a convenience fee to pay by credit card, the travel industry seems to love surcharges.

And it has continued to charge them because even though customers complained, they obediently paid.

Travel fees are a billion-dollar industry.

Eliminating the most controversial of them doesn’t mean that the travel industry has lost its taste for surcharges. This isn’t the end of travel fees.

Rather, it is an acknowledgment that customers don’t like the fees and that airlines will remove them and then rename them to make them more palatable, experts say.

Look before you Book

The takeaway for anyone traveling now is simple: Scan the screen carefully before pushing that “book” button.

Travel companies are trying to lure you back with the promise of lower fares and no fees, but they will almost certainly replace them with new charges the moment business picks up again.

“It’s unlikely that this is a permanent change,” says James Filsinger, the general manager for travel optimization at Coupa, a company that develops applications that help businesses manage their spending.

He recalls a fee the airline industry pledged to remove back in the early 2000s. It was a fuel surcharge for tickets, added after jet fuel prices spiked.

“Remember when airlines removed that surcharge when oil prices plummeted?” he asks.

“Nope, because that didn’t happen. Why? Because it’s a revenue source for the airline. Change fees will be back.”

elliott.org
If this story has inspired you to travel, why not check out the prices to get there and make it happen? Search airfares, hotels, and rental cars here. Thanks!