If I were to bike to work, my initial idea would be to take Route 116 from Amherst, Massachusetts, to the GoNOMAD office in South Deerfield.

However, if I wanted to avoid bicycling on a highway with fast cars that could be potentially dangerous, I might want to plan another route.

Sure, it might take a little more time but it would be prettier and safer, so how do I figure out the best way to go?

Thanks to Google Maps, which recently partnered with trail map data site, TrailLink, run by Rails to Trails Conservancy, I can now use their new biking directions feature.

Sure enough, the fastest route would be to take Rt. 116, however, they provide another option to take the back roads which add on an additional five minutes.

Google has been able to collaborate their maps with Rails to Trails extensive trail maps from TrailLink.com to provide these maps. Jennifer Kaleba, Vice President of Communications at Rails to Trails Conservancy says the first month after the launch has been a great success.

A surge of new users and room for improvement

“There has been a surge of new users on TrailLink.com this past month; it may have been one of our best months ever. People are coming on to download bike maps and trail maps, and I think it has a lot to do with our connection to Google,” Kaleba says.

When users use the biking directions function if the directions include a trail specifically provided by Rails to Trails, Google attributes them by saying “Bicycle data contributed by Rails-to-Trails Conservancy” and links to the site. Google also provides public transportation directions on all of their maps.

A Complex Process of Mapping

“We’ve wanted to work with Google for a long time but it’s a very complex process to map these trails, and it’s not an easy task, so it took time to get it ready. Now both Google and our company are looking at ways to improve it.” Kaleba says that the entire process is a group effort, including help from users.

“We want users to tell us what they like and what they don’t and how we can improve. They can also submit their own trails by tracking their route on a GPS and sending us the coordinates.

“We then do a quality check and process it to our site. Over time we hope to continue sharing these maps with Google,” she explains.

“We also go out there and get data ourselves. We love biking, and that’s why we want to share these accessible trails and promote safe biking for everyone.”

Kaleba says she has been very happy with the partnership so far, and the feedback they have received recently. “A lot of people blogged about this as soon as it came out. Some people wrote about how much they loved it or how they found the perfect route, while others saw room for improvement.” Both Google and Rails to Trails Conservancy have ways for users to submit their ideas or concerns.

“We want to expand the reach of rail trails, and get more people out there. If more people get involved and share their maps and their photos, the site will keep on growing and become a better resource.”

And of course, if people want to contribute to this effort, they have memberships and several other ways to get involved to donate or help.

“This partnership has been very exciting. Google is a powerhouse of information and we are happy to contribute to it.”

Rails to Trails database has more than 1,600 rail-trails mostly made up of railroads not in use anymore, so Kaleba says, of course, it doesn’t cover everything.

“Collaborating with Google allows people to get to certain points on trails, as well as safe, accessible bike paths or roads so that they can reach their destination.”

Craig Della Penna, owner of Pedal to Properties, from Northampton, Massachusetts, says, “As a realtor who specializes in homes near bike paths, greenways, rail trails and other conservation lands, this new effort by Google to map them is a game-changer.”

Although it may mean potential customers are going to the web rather than to a realtor to find homes near bike paths, this also means there is more of a demand to live close to bike accessible routes, so overall the business is growing. The demand is evident by the amount of rail-to-trail projects currently opening.

“Within a 100-mile radius of my neck of the woods (the Connecticut River Valley of Western Massachusetts), there are over 200 rail-to-trail projects underway. This is the densest network in the U.S., and what is being built here is a very compelling statement,” says Della Penna.

Overall, biking, in general, is becoming a more popular way to get around, so it comes as no surprise to Della Penna that Google has started this project.

“I think Google is on to something here by this mapping exercise. Good for them. And for me, as a realtor with an office and a growing team of realtors specializing in bikeable and walkable communities, well, life is only getting better.”

So whether you are an avid rider or a beginner, Google Maps biking directions can provide a safe and fun way to get you where you need to go through the ever-growing popularity of bike riding. If you’ve already used this new feature, let us know what you think! 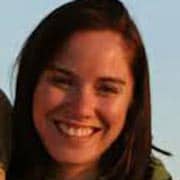 Emily Grund teaches at the Zaragoza National High School in Zaragoza, Nueva Eija, a landlocked province on the island of Luzon.