The Enchanting City of Sevilla: It’s the ‘arte’ that Makes it Special

By David Whitworth
Sevilla is a place that encapsulates a wealth of emotions and feelings. If you fancy venturing to somewhere a little different, then the city of Sevilla, Spain is a great choice. Here, they do things differently.

The city is the bedrock of its province and its flagship capital, Andalucía, in the south of Spain. At 2,200 years old, this ancient city is steeped in history.

It really is a surprising city for many people in some ways as it is not as mainstream as Madrid, Barcelona or Valencia. However, Sevilla, the fourth largest city in Spain, is a different city.

Sevilla is a city with a happy vibe that transmits passion, color, positivity, history and most of all something which the locals call ‘arte’ or art.

The ‘arte’ is the typical joy the locals possess and really are a happy bunch of people and who wouldn’t be for a city which has on average 300 days of sunshine a year?

There are a variety of sights to see in Sevilla. The city has a rich Moorish past, emphasized by La Torre de Oro (The Golden Tower) which used to be a lookout tower to guard the city.

Located on the banks of its Rio Guadalquivir with the majestic Triana Bridge in the backdrop, La Torre de Oro is well worth a visit to gain a great vantage point of the city from the top of the tower.

The tower is also a fascinating educational museum with an array of impressive model ships on display exhibiting the Spanish naval history. Its river snakes its way through the ancient city, navigable all the way to the Gulf of Cádiz. The river’s name comes from Arabic roots meaning ‘the great river.’

Tower entrance fees start at 3€ for adults and 1.50€ for students and elderly guests. Children go free and there is free entrance to the attraction on Mondays.

Well worth a visit too is the Real Alcázar Gardens, the Royal Palace. located right in the center of the city. It was awarded the prestigious title of UNESCO World Heritage Site in 1987 , joining the cities fabled Sevilla Cathedral, the world’s largest gothic building of its kind, and the General Archives of the Indies in acclaim.

Lush Greenery of the Gardens

It really is a concrete jungle as you can go from walking around the urban city center to be enclosed in a tropical haven of well-kept plants, idyllic architecture and local wildlife such as peacocks who roam freely here.

The Real Alcázar, which was used as part of the film set for the widely acclaimed “Game of Thrones” for their fifth series and the 1962 blockbuster “Lawrence of Arabia,” is wondrous as you walk around this magnificent old world intertwined with beautifully kept and vast gardens.

Even the Spanish royal family call the Alcázar home as it is their official residence.

For the past 20 years, the Real Alcázar has opened itself up to night time summer concerts from June to September hosting genres from flamenco and classical music to jazz to violin quartets, making use of the area’s unique acoustics and spectacular setting at dusk.

Prices for adults for general entrance are 11.50€ with elderly guests and students between 17 and 25 are 3.00€. Under 16’s and people who are either born in the city or hold a residency enter free of charge.

Summer Concerts in the Real Alcázar

To get the best out of the experience, there is an audio service with headsets to guide you through your experience, priced at 6.00€.

Throughout the city you will see ‘No8do’ motto which is a puzzle that in Spanish can be phrased as, ‘No me ha dejado’ with the English translation being, ‘She (Sevilla) hasn’t abandoned me.’

The middle part derives from ‘medeja’ which is skein or head of hair. It is a legend that the resident of the cities Alcazar quarter, King Alfonso X, held this title during his rule.

The symbol features heavily on prominent city facades, the cities municipal flag and the tomb of the famous explorer Christopher Columbus, who resides in the city’s Cathedral as his final resting place.

Sevilla’s cathedral is one of the world’s oldest and is a modern marvel with its beautiful decorations and inspiring artwork. The spiral steps, made so that horses could travel up and down them, take you to a wonderful panoramic viewpoint of the city from overlooking the nearby Real Alcázar to the Riverside.

Entrance fees are 10€ for adults and 5€ for students under 25 and elderly guests. Audioguides can be purchased for 4€. As the Real Alcázar, under 16’s and people who are either born in the city or hold a residency can enter free of charge.

If you are looking for a bite to eat with a twist, a trip to the oldest tavern in the city has to be ticked off. El Rinconcillo, or the little corner, opened its doors way back in 1670 and still to this day the waiters still take your order by traditionally jotting on a blackboard with white chalk.

Fittingly charming for this city. The tennis player Maria Sharapova has been pictured sampling the delights of La Rinconcillo and this place is Sevilla in a nutshell – passion, vibrancy and more arte.

Sevilla has an intangible charm, capable of putting a smile on anyone’s face. It has a clear identity to enjoy itself with its flamboyance present in every little street you stroll through — a place which conjures all the senses if you will.

The city is rich in tradition, especially with its flamenco heritage and there are many Flamenco shows dotted throughout the city.

What Other Visitors Think about Sevilla

On canvasing opinion about Sevilla, Ricardo Ortega, a PE student from nearby Jerez and currently studying in the city, said:

A visitor from New Zealand I spoke with about the city was Steven Jenkins, who added:

“I found Sevilla to be a cultured and very traditional city, which took me a little back in time. It has a pleasant, safe feel with a good selection of places to eat and grand attractions to visit.”

“A New Way of Living”

Martine de Jong, an English and Spanish teacher from Stiens in The Netherlands, fondly remembered her time in Sevilla while studying an Erasmus program in the city:

“I remember Sevilla as a city which opened my eyes to a new way of living. A new way of living which allowed me to feel so much more warmth both physically and human warmth with the locals more open, extrovert and fun. I discovered that side of me too and could express that as I lived to the heartbeat of the city as if I were coming home.”

Sevilla is a city that needs to be seen to be believed and you will not regret coming. On the contrary, from a journey to this magical city, you will be enhanced and enriched thanks to sampling what has to be one of the most outstanding and vibrant places in Spain. 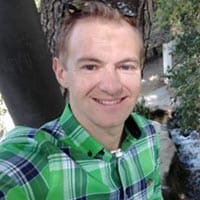 David Whitworth, a Freelance Travel and Sports Writer, who has called the city of Sevilla in Spain his home since 2013. Originally from Blackpool, England, he combines his passions for sports, traveling and writing by penning articles for various sports and travel publications. @DCWh1tw0rth