Hidden Places: An Inspired Traveller’s Guide takes you to Chicago during Prohibition

What? A Prohibition jazz bar, favored by Al Capone. Take a seat, in the velvet booth, the one across from the side door, at the end of the bar. Nice view from here: both entrances covered.The perfect spot. The bar is buzzing, with trombone and sax vibrating off the stage and a mixed crowd nursing Martinis. Days were when you couldn’t get a drop to drink in here. Or weren’t supposed to.

But the Green Mill managed to operate outside the law. When booze was hidden underground, this was the place to be seen …If you wanted a drink in 1920s America, you had to do it on the hush-hush. Prohibition, in force from 1920 to 1933, saw a ban placed on the import, production or sale of alcoholic beverages countrywide.

Its aim was to combat the destructive forces of booze. But it also drove drinking underground, spawning a whole new world of criminality. Liquor was illegally brewed and bootlegged, surreptitiously served at illicit speakeasies or sold openly at dubious ‘pharmacies that were permitted to sell whiskey for ‘medicinal’ use.

Some hangouts thrived during this supposedly dry time, including the Green Mill cocktail lounge.

Located on North Broadway in Uptown, Chicago, it started life in 1907 as Pop Morse’s Roadhouse, a stop-off for mourners en route to the nearby cemetery. But as the area developed into Chicago’s entertainment district, Pop’s evolved too.

Looking to emulate Paris’s legendary Moulin Rouge, in 1910 it was renamed the Green Mill. Occupying a whole block, it was an emporium of dancing girls, music and A-list appeal.

Charlie Chaplin would drop by after a hard day’s pratfalling nearby Essanay Studios. Chaplin wasn’t the only famous patron. During the 1920s, the bar was beloved by the Mob, who ran the city’s prohibition-floating operations.

McGurn’s boss –one Alphonse Gabriel Capone –frequented the place, always sitting in the same booth, from where he could monitor the comings and goings through both doors. In fact, Capone owned a speakeasy in a basement across the street but preferred the Green Mill. Bribes paid to the police meant it could operate openly.

The music was also a big draw: Billie Holiday, Al Jolson, Tommy Dorsey and Leon ‘Bix’ Beiderbecke all played here, while Capone’s favorite, Joe E Lewis, was on a retainer.

So the story goes, when Lewis said he was leaving for another club, McGurn’s stooges slashed the singer’s throat and sliced off a chunk of his tongue. Miraculously, Lewis survived, eventually returning to the Green Mill to perform as a stand-up comedian.

From the 1960s, Uptown’s fortunes went south as the neighborhood flooded with pimps, dealers, and down-and-outs. The Green Mill endured –just. But it wasn’t until a revival in the mid-80s, and the area’s increasing gentrification, that this nightclub was put back on the Chicago map. You can’t miss the sign –golden spotlights twinkling behind the name in cursive lime neon.

Look for the Windmill

Look also for the windmill roundel carved into the brickwork down the street, marking the Green Mill’s original heyday entrance. Inside, lights are low and moody in green and deep red-pink, and the walls are hung with art nouveau murals and photos of the mob. High-backed velvet booths hug white-linen tables –including that favored by Capone. And no matter what day or time, there’s usually live music.
The bar has no cocktail list –they say if you don’t know what you’re drinking, you shouldn’t be drinking it. Maybe opt for a shot of Malört, Chicago’s own intensely bitter liqueur. Somewhere behind the bar there’s rumored to be a hatch, through which black-market booze was brought up via hydraulic lift and via which mobsters could bolt, to make an exit through secret tunnels. Alas, these are off-limits.
But sitting in a booth, surrounded by jazz, liquor and the ghosts of gangsters, something of the Prohibition spirit remains. 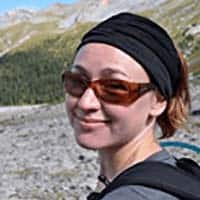 Sarah Baxter is an author and journalist. She was Associate Editor of Wanderlust magazine, the bible for independent-minded travelers, for more than ten years and has written extensively on walking and travel for a diverse range of other publications, including the Guardian, the Telegraph, and the Independent. Sarah has also contributed to more than a dozen Lonely Planet guidebooks.