Birding In one of the Most Celebrated Bird Habitats in the U.S.

Binoculars and bird books in hand, bird lovers from around the world flock to Nueces County, Texas, and it’s largest city, Corpus Christi, a.k.a. the Birdiest City in North America.

It’s an annual pilgrimage for many; a once-in-a-lifetime adventure for others.

Many bird watchers describe bird watching as hunting without a firearm. They sit, sometimes for hours, waiting for their sought-after bird to appear before taking a shot, albeit with a camera, not a gun.

There are many spots around the county where you can pull off and grab your binoculars. You’ll see a wide range of avian friends in this part of Texas.

But there are several places in particular that offer a little something more for both experts and beginners who come to see birds that call the area home year-round, as well as those who just come for a seasonal visit.

A busy, four-lane highway twists down the island as you cross the famous body of water, Laguna Madre, and the sign, “Welcome to Padre Island,” alerts you to the fact that you’ve left the American mainland.

The road has everything touristy, from the magnificent Schlitterbahn Waterpark to a full menu of fast-food restaurants.

There are some excellent local eateries, too, such as Doc’s Seafood, where you can fill up before entering the National Seashore. Even on the warmest of Texas days, the clam chowder is a house favorite at Doc’s.

About a mile in, the highway narrows into a two-lane road flanked by pastures of tall grasses bent by never-ceasing ocean breezes. By land, this is the only way in and out of Padre Island National Seashore, one of the best birding places around Corpus Christi.

A Bounty of Birds

“Oh look, there’s a Northern Kestrel,” says Karyn Schmitz as she points toward native grasslands on Padre Island’s National Seashore. “And who’s that? It looks like a Harrier. And if we could see a Piping Plumber, that would really make our day.”

The Schmitzes, Tom and Karyn are volunteer guides at the national park. They’ve been spending two months a year for the past nine years, camping in their RV in a small park along with other volunteer guides.

Since that time, they’ve come to regard the seashore as one of the best places in the area to see the variety of birds that come to visit during the spring and winter.

From endangered Northern Aplomado falcons and black-capped vireos to colorful painted buntings and white-tailed hawks, at least 380 species of birds have been documented in the park.

At more than 130,000 acres of wetlands, grasslands, dunes, and sandy beaches, Padre Island National Seashore is the longest stretch of a barrier island in the world.

There are well-paved roads and well-maintained walking trails that snake their way through the park. But first, visit the Malaquite Visitors Center, road signs point the way and get the information you’ll need to find the best places to birdwatch or arrange for a free guided tour by volunteers such as the Schmitzes.

Don’t forget a good pair of binoculars and a bird guide to identify the feathered friends you may encounter on your Padre Island birding adventure. For more information, log onto visitcorpuschristi.org.

Go where the wind takes you

Laguna Madre is one of six hypersaline bodies of water in the world, making it saltier than the ocean, and that makes it popular for several things.

It’s ideal for waterfowl who prefer salt over freshwater so bird–and birders–love it.

But its high-salt content draws windsurfers from around the world because, in addition to helping with buoyancy, it’s quite shallow, averaging 2 ½ feet in depth. It’s perfect for those just taking up the sport.

Bring your own gear, or there’s a rental facility, Worldwinds (www.worldwinds.net), located within the park at Bird Island Basin, considered the No. 1 spot for flat water windsurfing in the continental United States due to its year-round winds and warm-water temps.

Sleep on the beach

A campground for RV and tent camping, no hookups and chemical toilets only, allow for overnights along the shores of Laguna Madre, and there are campgrounds along the Gulf of Mexico in other parts of the park.

No reservations are taken; camping is available on a first-come, first-served basis.

There are five designated camping areas:

North Beach: Primitive RV and tent camping on the beach with no facilities. Toilets and cold-water showers available at Malaquite Visitors Center. Daily fee: Free with a permit.

South Beach: 60 miles of primitive RV and tent camping on the beach. Beach driving only. No paved roads or facilities. Toilets and cold-water showers available at Malaquite Visitors Center. Daily fee: Free with a permit.

Yarborough Pass: Access to the campground is only possible through the four-wheel-drive area of South Beach or by boating down Laguna Madre. Call visitors center for an update on driving conditions.

Primitive camping only.  Toilets and cold-water showers are 12 miles away along Park Road 22, so come prepared. Daily fee: Free with a permit.

Birding expert Ray Dillahunty says the best time to see birds in Port A, as the locals call it, is in the spring.

And, in a recent talk about our winged friends, birding expert Greg Miller said the best birding anywhere in the United States could be found there in April.

Miller calculated that an active birder in Port Aransas can see 147 different species in a day.

And at the Birdiest Festival in 2019, there were two-day trips to Port Aransas that saw more than 150 different species in one day,” Dillahunty says.

Birding on the Boardwalk

The town of Port Aransas capitalizes on its place in the bird world with a massive nature preserve, Charlie’s Pasture, that, among other things, has a boardwalk making it easy to walk through some of its marshy waters.

The preserve, 1,714 acres of freshwater brackish water and the Gulf’s saltwater offers the perfect recipe to entice songbirds, wading birds, raptors and others, including the rarest and most endangered of all, whooping cranes, to its wetlands. 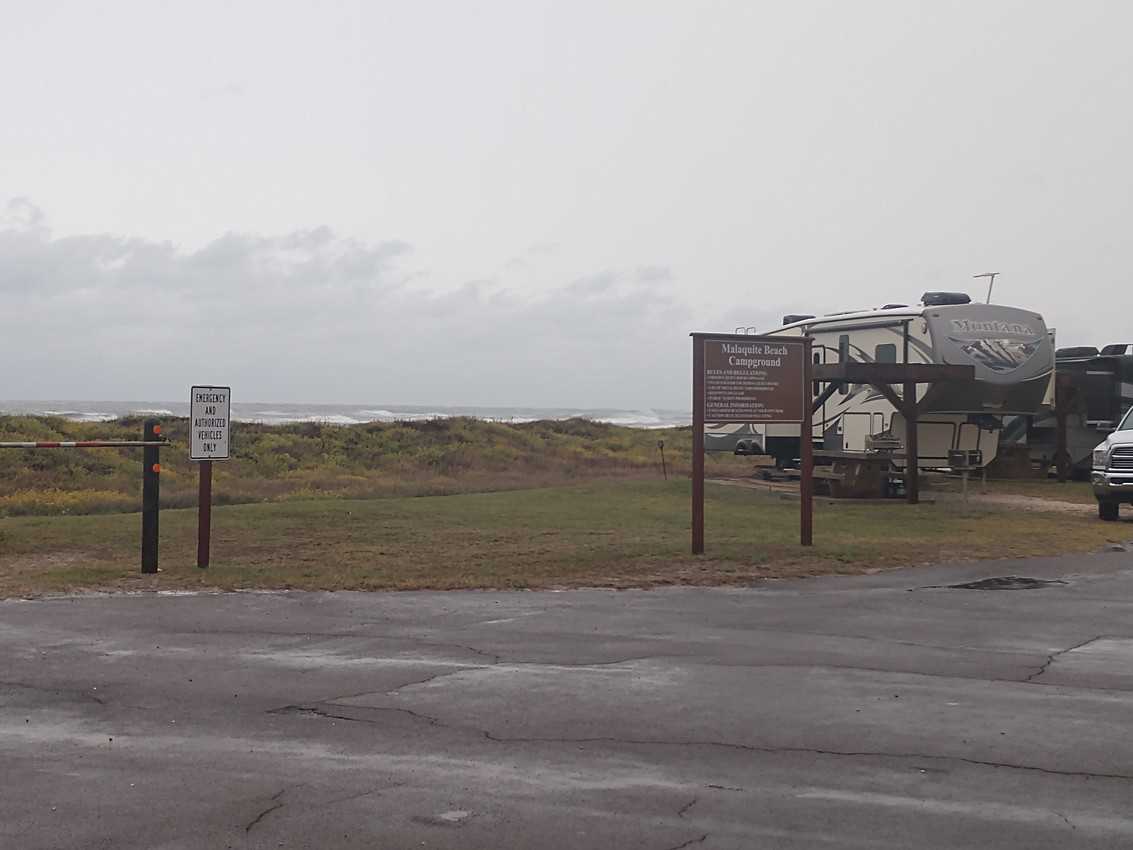 A huge number of birders from around the world come to see the whooping cranes,” Dillahunty says.

“There were 20 whoopers in the world in 1941, and today, there are over 500 wintering in the National Seashore just north of Port Aransas.

We’ve had a resident pair here in Charlie’s Pasture for the past two years, too.”

A Water Bird That Can’t Swim

“There are more than 750 different species of birds in North America; 500 can be seen around the Corpus Christi area. They are beautiful; they are ugly; they are common;  they are rare,” Dillahunty said.

“But they are all different in some small way. The magnificent Frigate bird spends up to three months at a time over the open ocean, and its feathers are not waterproof. If it lands in the water, it drowns. How unbelievable is that?”

“One can be a ‘bird lister’ and keep track of each bird they have spotted. Or you can be a casual birder and just appreciate the birds in their natural habitat,” Dillahunty said. “Wherever you go, there will be birds, and it is fascinating to see the variety of colors, shapes, behaviors, and habitats that birds thrive in.”

The Eight Wonders of Port Aransas

Port Aransas is a funky little town with a character all its own, so if you come for birding, stay to see the Eight Wonders of Port Aransas. The town is small, so you can see it all in an hour or spend a day exploring the sights.

The Lydia Ann Lighthouse is no longer in use as a guide for those navigating the channel around Port Aransas, but it’s still standing. Now in private hands, its light first shined in 1857.

The jetties that protect the channel were completed in 1910, long before modern machinery was invented. They’ve stood the test of time and are now a favorite spot for anglers and the perfect place to spot green sea turtles.

The Tarpon Inn has been around since before Port Aransas and retains the charm of an inn from the 1880s. It’s best known for the tarpon scales signed by fishermen and women who caught them in the nearby waters. Dates and the size of the fish are also handwritten on the large scales that are tacked to the walls. Most impressive is one signed by President Franklin D. Roosevelt.

Marine biologists and all others interested in marine life will enjoy a visit to the University of Texas’ Marine Science Institute. It’s also home to the Animal Rehabilitation Keep, a facility for injured wildlife.

Port Aransas Museum is housed in a house built from a kit in 1915 and used by the Coast Guard. The museum is a good place to find out more about the history of the island.

Farley Boat Works has been crafting boats for 105 years and now teaches students to build their own.

Chapel on the Dunes, built in 1937, is built on the highest point on the island, overlooking the Gulf. It’s tiny, but quite impressive and is often used for weddings. Tours may be arranged at the Port Aransas Museum.

The Last Farley Boat is a quirky find that kind of matches the personality of the town. You’ll have to drive through a mobile home park to find it, then look up–it’s used as the roof of a workshop.

Where to Stay in Port Aransas

There are a number of chain motels around the island, but to get a true taste of life there, book a room in the Tarpon Inn or one of several privately owned hotels. There are also plenty of rooms and homes for rent via Airbnb, VRBO and other such online sites.

Although the center is surrounded on three sides by busy roads, retail and residential activity, the city has worked diligently to develop a “green” belt around the Nature Center to protect its natural space of native plant habitats and natural wetlands, both fresh and salty, that attract a variety of birds.

“It gives them a choice,” said the center’s executive director, Michael Womack. “It’s a place where they can feel safe.”

South Texas Botanical Gardens and Nature Center offers walking paths and boardwalks through its 182 acres of wetlands and gardens, including its colorful hummingbird garden. Bring your binoculars and be amazed.

The center is open daily from 9 a.m.-6 p.m. For more information, log onto stxbot.org.

The Nature Center is home to the Birdiest Festival in North America, an annual event that brings birders from more than a dozen states and several foreign countries for five days filled with birdwatching, educational activities and more.

At last year’s festival, attendees spotted 267 different species of birds, including a Northern Jacana, known as nature’s “lily walker” due to its unusual toes allowing it to walk on watery vegetation. Also spotted was an endangered violet-throated hummingbird.

The festival always happens just in time for spring migration, this year April 22-26, 2020 with keynote speaker David Sibley. Sibley is a birding expert and author of Sibley Guide to Birds, a publication that’s a must if you’ve decided to take up bird watching as your newest hobby.

Events at this year’s festival include:

For more information about the festival and for tickets ($35 per person) log onto www.birdiestfestival.org.