Versailles, France: A Lot More than the Grand Chateau

With Intriguing History all Around, Versailles Invites You To See More than the Glorious Chateau

Versailles is famous for one thing. Yes, that impressive chateau that began as a hunting lodge and over 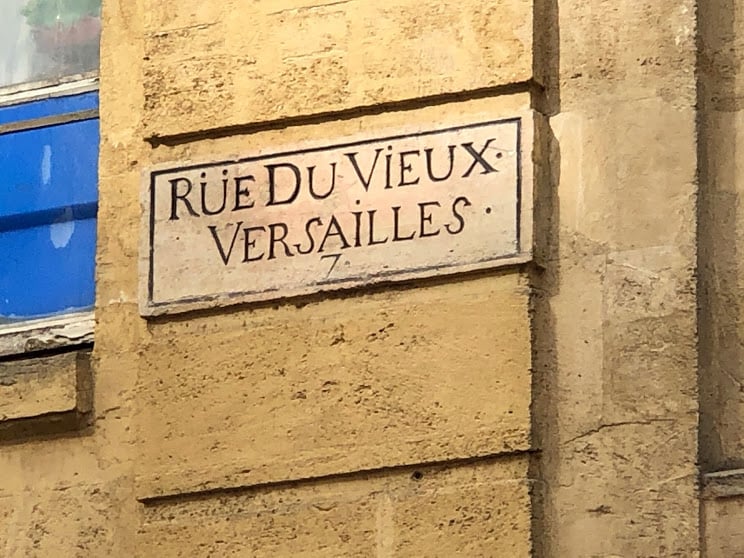 the decades became one of the most opulent and spectacular royal residences in history.

With just over ten million visitors every year, it’s never been more popular!

Yet even with this many visitors, the French government decided a few years ago to turn three unused and crumbling buildings into a new five-star boutique hotel.  As of 2019, construction is still ongoing, along with repairs to the roof of the chapel inside the chateau.

Corinne Gueniot, who works for the city’s tourist board, shared her thoughts as we strolled the cobblestones to our lunch destination, Carmen Restaurant, and Salon, near the Versailles Cathedral.  The city is easy to reach by train in less than 30 minutes from Paris.

“Versailles is reaching out to Japan, Kuwait, presenting the town of Versailles, not just the palace. Don’t just come for the palace,” we say. 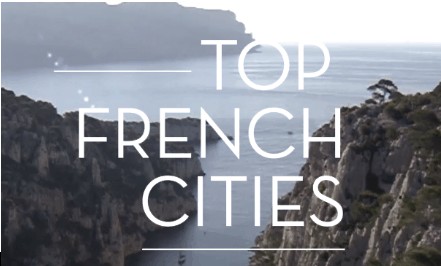 “There is a passport to visit the palace for two days. They can return to the palace and see more of it while mixing in a chance to see other Versailles sites,  The King’s Gardens, The Grand Trianon, the Petite Trianon, and the rest of the Chateau, for $30, and do it over two days.”

When is the best time to visit the Palace?

October and November, these are the slowest months, however, it’s almost always crowded.  Best day? Don’t come on Tuesday, since Paris museums are closed on Mondays. The busiest day at the Chateau is Tuesday, for sure.

The Chateau at Versailles was built in retaliation after the King saw Vaux le Vicomte, another stunning building that wowed the monarch.  Nicolas Fouquet was finance minister for the King and upon seeing his fabulous palace in Melun, he hired the same architect Louis Le Vau, to build the Chateau of Versailles.

Versailles was a very small village before Louis the fourteenth came here. In 1678, this is the year that Louis decided to move the court to the town, his hunting lodge. They needed a huge garden to produce enough fruits and vegetables to feed the royals and staff, so this was built right next to the palace.

Today you can stroll the grounds of the Potager du Roi, the King’s Gardens, and to this day they remain regal and full of intricately arranged natural vines and trees trained to run along horizontal racks.

The men who built these gardens put the whole thing lower than the level of the ground, it’s all down about six feet and this kept the gardens from getting too cold.  Lots of horse manure plus the lower level, they were able to harvest lettuce in January, asparagus in February, and other crops much earlier than expected.

They built complex irrigation systems bringing water to the gardens, and it took five years before the plot of land would produce King-worthy produce.

A tour of the gardens takes about 90 minutes, with so many interesting details to observe and the long history of the place in every commemorative statue, glimpse of the Versailles Cathedral, and the perfect symmetry everywhere. It was designed by the same architect as the Chateau!

In the 19th century, wires were put in so that they could train the apple, pear and other fruit trees along the horizontal rails.  They weren’t allowed to make the fruits grow higher than five feet since that was the optimal size to harvest.

The aim of the garden is to produce the best-tasting fruits and veg, not the highest quantity. Every Saturday when they bring produce and sell it in the small shop here, it’s sold out within a few hours. People even drive here from Paris to buy at the Royal Potager store!

The Market at Versailles

Les Halles, built in the 19th century of stone,  was an innovation. This goes back to the 17th century. There are 32 shops inside and about 40 vendors outside.

This market was chosen as the best market in the region, Ile de France.  The difference was quite striking between the different fish market prices.

The vendors who use sustainable and conscious methods cost nearly twice as much as the stalls where conventional fishing methods are used.  It’s a choice every shopper has to make.

In the small town of Versailles, there are some interesting shopping stops in addition to the glorious market full of fresh fish and just-picked produce.

In the narrow streets that fan out in the shape of a goose foot from the Chateau, we stopped into a few standouts.

One is Art et Chocolate, where surprisingly realistic renditions of Egyptian mummies and other shapes are made—in dark chocolate.

The golf leaf details and scrupulous perfection in the creations are breathtaking.

Versailles is excited about several projects that are going to be unwrapped by the end of 2019.  One is a five-star hotel being built right next to the grounds of the Chateau, mon Dieu!

As part of national budget cuts that will trim the state’s outlay from $53 to $45M a year, and concerns about how to keep paying for the expensive upkeep of the palace, the government a few years ago deemed three buildings on the grounds expendable.

As hard to believe it that ten million admission fees cannot cover the expenses, well, it’s true. A new hotel will grace the neighborhood.

On Rue de l’Independance Americaine, the crumbling former Petit Controle and Pavillion des Premieres cent marches and the Hotel du Grand Controle will be renovated for between $9 and 15.5M into a period-ready beautiful new hotel!

The Lov Hotel Collection, who already have six luxurious hotels around Europe, will be the operators of this small and very chic new lodging option with a mere 20 rooms. But they will be magnificent rooms I’m sure.

Today there are several other great choices, like the place we stayed, the Hôtel Le Louis, Versailles Château – MGallery By Sofitel, which is right across the street from the magnificent Hotel de Ville, just down the road from the Chateau.

The one thing about visiting one of the best markets in France is not being able to bring home any of those succulent prawns, or the blue lobsters.

But dining in Versailles provides many great choices.

Le Bistrot du 11 is helmed by chef Jean-Baptiste Lavergne-Morazzani, who cut his chops under Gordon Ramsey at the Trianon Palace Hotel, just over on the other side of the Chateau. Actually, this Bistrot is the slightly more affordable of the two du 11’s, the other is Le Table du 11, located nearby.

Dinner was first rate, about 250 euros for five.

Dinner with a Side of Palace Intrigue

For something completely different, you can have dinner in Versailles with members of the royal court.  It is a fun evening of gentle jokes in several languages, and bewigged actors playing out palace intrigue in between delicious courses.

It’s called Reminisens, and dinner is offered nightly with the show for around 100 euros. website

The Tennis Court Room in Versailles

A visit to the Salle du Jeu de Paume, or the Tennis Court Room, provides a lot of history lessons in one visit.

The man holding his arm out in that Nazi-looking salute is Sylvain Bailly, a hero of the French Revolution.

The revolt got started in this famous room, which was at one time a painting studio, a military hospice and finally a place to play jeu de palme, the forerunner to the game of tennis.

The men here took an oath to defend the country and establish a republic to replace the hated monarchy in 1789.

The most famous chef in France, Alain Ducasse, has eleven outposts of culinary brilliance, and two of them are located inside the Chateau or on the grounds of the Palace. His restaurant here is gold themed, with sparkling gold-painted tables and trim.

The name ‘Ore’ refers to the mouth, the restaurant is open to the public, independent of a visit to the palace, from 8 a.m. until 6:30 p.m. Tuesday to Sunday.  It’s used as an event space in the evenings.

Ducasse definitely loves Versailles and  he has said that he wants his clients to ‘dine as in the time of the king’ and so he has two different ways to do just that.  Ducasse owns a whopping 21 Michelin stars from his long ground-breaking career, and his other Versailles restaurant is located in the Pavillon Dufour, and it’s for private events only.  Swanky!

Ore is a beautiful space, worthy of the grand building that encases it, and it even has golden tables which look magnificent.  The food is all up to the famous chef’s standards and served with appropriate reverence.

Versailles has the feel of a small town, and although its fortunes are dominated by the massive chateau, there are many good reasons to spend a few days enjoying the market, the history, and the tastes of this city now famous for more than its former hunting lodge.

Though Versailles is steeped in history, they’re not afraid to have fun. A rave is set to take place in the Chateau’s Hall of Mirrors this fall!