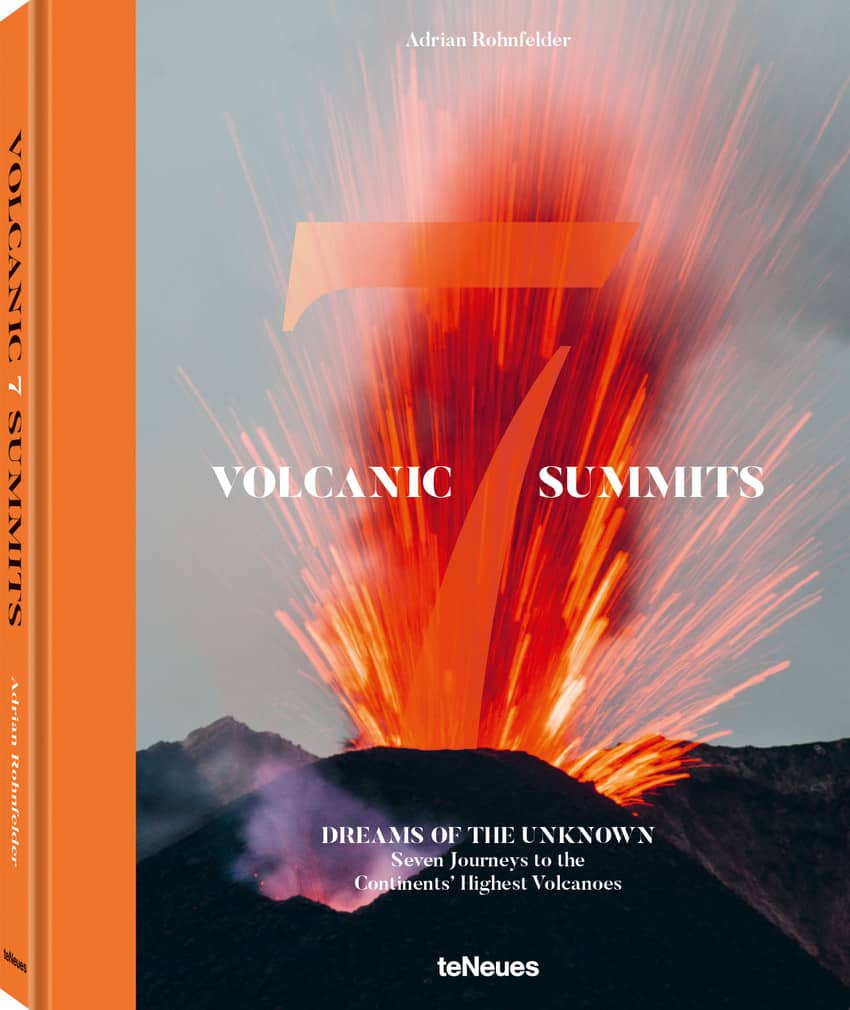 ” —the continents’ tallest volcanoes. Adrian Rohnfelder, a photographer with a keen interest in volcanoes and adventure, has embarked on this extraordinary journey.

Adrian Rohnfelder cycles high above the steaming rainforests in the Kilimanjaro massif crosses the seething heat of the Atacama Desert in Chile and climbs the summit of Orizaba under dramatic circumstances. He knows the no-mans-land of the Antarctic and the spectacularly-glaciated Mount Sidley, so remote that only a handful of people have ever seen it.

Rohnfelder is the first travel and adventure photographer to climb the seven highest volcanoes across the Earth’s seven continents. Since 2008, when the “firework virus” first struck him in Indonesia, he has remained mesmerized by these glowing giants. His goal is not the volcano summit itself, but the photographs that emerge all along the journey there. His images tell the full story of his spectacular trips, recording the unique splendor of each country he encounters.

The result is a photography book that not only portrays the beauty and spectacle of volcanoes—the surface lava, the smoke, the intense heat, and colors—but also celebrates the rich beauty of our planet and its many peoples.

Through these dramatic images, we see both the power of the natural world and the diversity of human cultures around the globe. And contrary to common conception, Rohnfelder also shows us that from fire to ice is often less than a stone’s throw away.

Adrian Rohnfelder, born in 1968, is a landscape, travel, and extreme nature photographer with a passion for fire and ice. Since 2005, he has focused on

reportage from the most remote places on the planet, with a particular passion for volcanoes. His biggest project to date is the ascent of the highest volcanoes across the seven continents.

Adrian Rohnfelder is a Visionary and Ambassador for Olympus. His stories and photographs have been published and awarded internationally. He also documents his travels in exhibitions and multimedia shows and is now a sought-after guest on talk shows. He lives in Bad Homburg, Germany.

Find out more about this book at Tneues website.