Wildlife SOS, a company working towards saving India’s wildlife, is one of the largest rescue and conservation sites in South Asia operating ten wildlife rehabilitation facilities across India.

Wildlife SOS runs the only 24-hour Reptile Rescue Cell in the National Capital Region areas of India, which includes urban metropolitan hubs like Delhi, Noida, and Gurgaon and works round the clock to help wildlife in distress.

Wildlife SOS was established in 1995 by Kartick Satyanarayan and Geeta Seshamani when they were inspired to start a movement to protect and conserve India’s natural wildlife by creating a sustainable alternative environment.

Wildlife SOS’s major project was the eradication of the barbaric practice of ‘dancing’ bears in which sloth bear cubs were poached from the wild and trained using cruel methods to entertain tourists.

Wildlife SOS has also been rescuing and rehabilitating captive elephants in India since 2009 and has since provided a safe haven to 25 elephants.

Wildlife SOS recently launched India’s first Elephant Hospital, which has been specifically designed to treat injured, sick or geriatric elephants and is equipped with state of the art equipment and medical facilities.

Besides providing specialized veterinary care to the 22 elephants under their care, the hospital recently received its first jumbo patients. Holly, an elderly blind begging elephant arrived at the Wildlife SOS Hospital last December. At the beginning of February, Luna, another begging elephant suffering chronic ailments has recently come in for treatment.

“Holly’s story is a heart-breaking tale of the many exploited begging elephants in India,” explained Arinita Sandilya, a Communications Officer for Wildlife SOS.

Unlike other abused elephants, Holly was lucky to find a light at the end of the tunnel towards a better and brighter future.

Elephant Blind in Both Eyes

When the Wildlife SOS team first met Holly, she was completely blind in both eyes. She would lightly touch the ground to make sure of her surroundings or outstretch her trunk in the air to whiff off the scents.

Evidently, her gait was awkward due to her poor body conformation as her hind legs were severely deformed. Her body showed signs of a tortured life as she was covered with chronic abscesses, some of which were still open and discharging pus.

Along with the urgent care they have been administering for her wounds and other maladies, they are starting her on a new diet to address malnutrition. Sandilya says, “it could be a long journey, but we are thrilled to be with Holly for it.

We can’t give her back her vision, but we can help other scars she has on her body with laser therapy, antibiotics, pain medication, and some well-deserved love.”

Luna’s journey to the Wildlife SOS elephant hospital was reported to be one of their tougher missions.

Luna’s hind legs were in a very bad condition making it incredibly difficult for her to walk, so much so, that oftentimes getting up from a resting position would require external help from a crane.

Due to inflammation in her feet, she was in immense pain during her journey while the team kept comforting her throughout with nutritious food and warm blankets.

The Wildlife SOS team was hoping Luna would climb into the ambulance and allow them to move her to the hospital for her treatments. Instead, she decided to lie down and go to sleep.

“In a few minutes, she was gently snoring and we realized we had a long wait ahead of the rescue team.”

The team wrapped a shawl around the sleeping elephant to keep her warm. Eventually, she woke up and needed a crane to be helped up from her slumber.

After an incredibly challenging journey, Luna took her first step into the elephant hospital for the critical medical aid that she badly required.

Today, the organization has evolved immensely; working towards protecting Indian wildlife, conserving habitat, studying biodiversity, conducting research, and creating alternative and sustainable livelihoods for those communities that depend on wildlife for sustenance.

As they take action against animal cruelty, Wildlife SOS is working to resolve man-animal conflicts while promoting and educating the public about the need for habitat protection.

Wildlife SOS also emphasizes the value of ex-situ research in veterinary areas, behavioral studies, reproductive physiology and other fields in collaboration with national and international universities and organizations.

Many are unaware of India’s severe threat towards their wildlife; every animal from the magnificent elephant to the quiet sloth bears have become popular for hunting.

Members of Wildlife SOS have dedicated themselves to the mission of abolishing the abusive practice of ‘dancing’ bears in India completely.

The ‘dancing’ bears are not Wildlife SOS’s only work; they also have active projects to help Leopards, Elephants, Reptiles, and other animals. They consistently work on various projects targeted at environment and biodiversity conservation as well as reducing the carbon footprint.

Wildlife SOS has formal ‘co-operative’ agreements in place with state governments and forest departments in more than nine states in India.

Why stop in India? Wildlife SOS has branched out to both the United Kingdom and the United States. Wildlife SOS USA was set up in 2005 as a charity organization in order to act as a vehicle for Americans to rally to the cause of protecting the company’s work in support of endangered and threatened wildlife.

Not too long after in 2009, Wildlife SOS UK was launched in support of the conservation work taking place in India. Wildlife SOS UK works in close collaboration with the volunteers and staff in India to raise awareness and funds for all of their current projects. 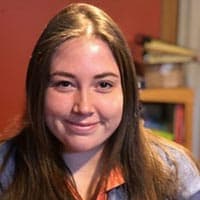