Garifuna Settlement Days in the Caribbean

If you enjoy colorful, history-centered celebrations in gorgeous, tropical surroundings, which are still virtually undiscovered by tourists, start planning now for your trip to the western shores of the Caribbean for Garifuna Settlement Day celebrations.

Garifuna Settlement Day celebrates the 19th-century arrival of West Africans on the shores of Belize, Guatemala, Honduras and Nicaragua, a historical event marked in November each year by vibrant, cultural holiday celebrations, providing the Garifuna people occasion to honor their unique culture and ancestry.

Each year week-long celebrations occur in towns up and down the coast, particularly in Dangriga, and Punta Gorda, Belize, and Livingston, Guatemala, where lively parades, dramatic reenactments, joyful pageants, alcohol abuse and sultry dancing in the streets attract thousands of local people waving flags and flora, wearing traditional attire, singing and chanting to traditional Garifuna drumming.

In Belize, November 19 is a government-decreed national holiday marking the day in 1832 when British occupying authorities finally relented to the repeated pleadings of the displaced West Africans to settle on the southern shores of Belize.

The celebrations in Punta Gorda seem a bit more official and rehearsed than Livingston, and non-local visitors are still relatively few in either location. So those who come can get an up-close-and-personal view of the celebrants, activities, customs, and culture.

The parades by day in Livingston feature elaborately constructed floats on flatbed trucks and pickups bedecked with local fruits and vegetation followed by throngs of brightly dressed men and women singing, chanting, drumming and drinking — rain or shine.

The revelry continues through the night in homes and local clubs. Indeed, a community-wide power outage in 2016 drew howls of protest but not an end to the infectious rhythms that cut through the darkness.

Fewer tourists attend the celebrations in Livingston. The parades don’t travel along the main streets of the port area’s tourism district. The revelers confine their parades mainly to the commercial streets at the top of the hill overlooking the run-down Garifuna community but not through its heart, which stretches along storm-ravaged beaches among a few businesses, churches and many homes that remain unrepaired after devastating hurricanes a decade ago and years of official neglect.

The celebrations in Punta Gorda and Livingston both offer authentic experiences on levels few tourists ever get to know about a community. Livingston’s is more earthy and raw. Punta Gorda shares its own gritty elements such as boisterous parading through town all night, but the experience there seems a bit more attuned toward satisfying the tourist experience.

For example, the Punta Gorda Settlement Day reenactment is picturesque and dramatically performed with costumed participants packed in boats on the bay, passionately imploring an appropriately stern high British official for his permission to land.

Twice they approach and are rebuffed, according to the lore, only to return a third time when finally they are permitted to land with great celebration among the actors and spectators alike who gather on the pier and along the shore.

Meanwhile, a variety of traditional hand-made wooden drums, some fashioned from turtle shells, maracas, and conch shell horns, keep the pulse moving day and night as impromptu parades and processions of revelers punctuate the pageantry throughout the community.

Who Are The Garifuna?

Nearly 400 years ago, a slave ship packed with kidnapped natives of West Africa was either shipwrecked or commandeered by its cargo of slaves near the Eastern Caribbean island of St. Vincent.

Accounts of what actually happened vary, but the West Africans who survived by all accounts became the ancestors of the people we know today as the Garifuna, or sometimes as Black Caribs, who populate the Caribbean coasts of Belize, Guatemala, Honduras, and Nicaragua.

They settled in the Grenadines, but in 1763, the Treaty of Paris granted the British possession of the Grenadines, sparking conflicts with the Garifuna until the late 18th century when the West African natives were exiled to the small island of Roatan off the coast of Honduras.

Roatan was too small to handle the influx, however, and by 1832 a deal was brokered allowing them to settle on the mainland of Honduras, Nicaragua, and Belize.

But the British on the coasts there were not welcoming the former West Africans with open arms, and by some reports, more than once threatened to shoot them with arms.

Nevertheless, the West African and Amerindian groups from St. Vincent Island, numbering from 2,500 to 5,000 persons at the time, grew to 65,000 Black Caribs by 1981, living in dozens of coastal fishing villages from Dangriga, Belize, to LaFe, Nicaragua.

This diaspora of West Africans resulted in a rich assimilation of African, Caribbean and Amerindian cultures in the Caribbean.

The Garifuna speak a mix of at least three languages with rich sub-dialects and thick Caribbean accents all of their own, though visitors can get along well enough in English or Spanish which are also well-recognized in most Garifuna communities.

Livingston is basically a fishing village buttressed economically by a sizeable tourist trade. What also makes it different is its strong Afro-Caribbean influence.

Livingston also was greatly, though indirectly, affected by the 36-year civil war in Guatemala that ended in 1996.

Many Mayan people fled to the Caribbean coast where they could escape the war’s horrors, yet the large numbers who came and set up shop along the main streets moved the Garifuna people into an economically subservient condition in the community where they’d settled centuries before.

Livingston town is easily walkable, and don’t be afraid to strike up a conversation. The people are friendly and helpful.

Livingston is a seafood town with an emphasis on the basics. All restaurants serve the local specialty — tapado – a mouth-watering coconut-based soup full of seafood and shellfish. And fresh fish, usually fried whole, with rice and beans is a staple.

The Gamboa Place in the heart of Garifuna town is an authentic, laid-back, local-style kitchen cafe with good, inexpensive local-style food. Owner Marie and her mom do the cooking, and Marie’s brother Elvis is a go-getter who can help with just about anything in town. Gamboa Place is located away down an alley off the beach, but just ask someone, they’ll help you find it.

The Happy Fish restaurant is said to have the best tapado in Livingston. It’s on the main street leading up the hill from the port in the commercial area of Livingston. A bit pricier than some of the others, but the servings are large, especially the tapado.

Many locals also enjoy arroz con leche, often for a quick, tasty breakfast. It’s a hot mix of milk and rice, sweetened with sugar and spiced with cinnamon and available almost everywhere.

Also, cassava bread, a cracker-like flatbread made from the root of the yucca plant, is such a traditional food that the name Garifuna was derived from the Carib word for cassava-eating people.

Collecting and preparing the yucca by hand is an arduous process and still practiced by locals, but the bread is also available commercially in stores.

Whether in Livingston or Punta Gorda, make your reservations early if you plan to include Settlement Day in your itinerary. I failed to do so and ended up at the Hotel Minerva, a divey but serviceable accommodation in a pinch, and affordable at the festival-inflated price of $12 a night — not including pillow or toilet seat.

But security was good, and the manager was always on the premises, although it wouldn’t have been my first choice, and probably not yours either.

So plan ahead and select from the many more attractive options for your stay in Livingston. Hostels are clustered near the main dock and the well-regarded Casa De la Iguana has all the standard amenities. Also nearby is the Casa Nostra, with air-conditioned rooms, free breakfast and a recently built dock for relaxing in a hammock.

To avoid the backpacker/party scene, Livingston also offers an array of standard hotel accommodations such as the Villa Caribe, Posada el Delfin, and Hotel Salvador Gaviota, all within walking distance of the main pier.

For a more authentic local experience, try the Hotel Garifuna, a budget-priced hotel in a Garifuna neighborhood out of the main tourist area but within walking distance of everything you’ll need.

Punta Gorda: The End Of The Road In Belize

Punta Gorda, known as PG, is a sleepy little town, only about 5,000 inhabitants but the capital of Belize’s southernmost Toledo District. It’s also where the road ends before reaching the border with Guatemala, so it hasn’t developed significantly, and it lacks the offshore reef that attracts tourists to the northern shores of Belize.

No one in Punta Gorda prepares conch as well as Asha’s Culture Kitchen way down on the south end of Front street overlooking the water. Asha’s may be the best restaurant in Punta Gorda, often featuring live Caribbean and Garifuna entertainment.

At the other end of town is Joycelyn’s Cuisine, overlooking a fishing pier, where a plate full of fresh fish or barbecue jerk chicken with fried plantain, rice, and stewed beans provides delightful dining on the picnic tables overlooking the water, especially when a full plate costs about $5 USD. Joycelyn’s is at the north end of Front Street across from the Petrol Station.

Here I need to disclose my bias for Nature’s Way Guest House, a Front Street hostel on the sea that’s been operating nearly 40 years in Punta Gorda under the ownership of my old friend and U.S. expat “Chet” Schmidt.

A long-time backpacker’s haven, the rustic, well-worn decor of Nature’s Way is a welcoming bit of local flavor in Punta Gorda. Chet’s wife Diane, a Garifuna native, serves simple, delicious breakfasts in the large first-floor communal area where the wifi is good, the library is large, and the people are friendly.

Chet and Diane are well-connected in the community so friends and extended family members are always coming and going, giving the venerable guest house a genuinely local appeal you might not get in most other places.

Upstairs a variety of Spartan, though comfortable, screened-in rooms are available in a range of low-budget prices. There are also a number of eco-style lodges in the area that provide packages offering a large array of tours and activities.

Can You Get There From Here?

Punta Gorda’s ability to attract tourists, like Livingston’s, is challenged by the relative difficulties in getting there. Punta Gorda is served by buses coming in from Dangriga and points north, and some small plane traffic at the local airstrip. Or you can also get there by boat from Puerto Barrios, or Livingston, both in Guatemala. Visas are available upon arrival.

Livingston, meanwhile, is only accessible by boat, with scheduled trips to and from Puerto Barrios, and Rio Dulce, Guatemala, and PG. Check locally for times.

While drumming is a way of life in Garifuna communities, often performed in bars and at local gatherings throughout the year, the Settlement Day festivals in the Caribbean are a great opportunity to get a full measure of the unique music and culture that has developed in this region of the world.

The number of tourists attending these festivals is small but growing. The towns of PG and Livingston swell with local people from miles around, but there’s little rush of gringo traffic descending on the festivities — at least not yet — which makes for some of the more real and authentic cultural experiences you can have as a traveler. 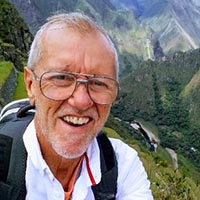 David Hunter Bishop retired in Hawaii from a long career in journalism and now wanders the world as a solo traveler, staying alive by not staying still.  Visit his website