The East Coast Trail is a Great Experience in Newfoundland

I’ve lived in St. John’s for four years. I know the city like I know my beer, but every time I climb Signal Hill to sit on the rock ledge looking out across the Atlantic Ocean, it takes my breath away all over again.

There’s something new to discover there every day, whether it’s a boat steaming by or a giant iceberg drifting down from Iceberg Alley. In Newfoundland and Labrador, even city-dwellers are blessed with big nature.

The last time on the trail, a small fishing boat tooted its horn at me, the people onboard waving with big grins.

Not too long ago, however, I woke up to a beautiful morning and decided I needed a change of pace. I convinced my buddies Matt, Danielle, and Masoud to try a portion of the East Coast Trail.

The East Coast Trail is an epic route for world-class hiking, with the potential to span 540 kilometers along the Avalon Peninsula and taking hikers to the far reaches of eastern Canada.

It meanders around mountains, cliffs, fjords and through towns, allowing both wildlife and cultural contact along the way.  It’s been a work in progress for many years.

“The official opening of the trail came in 2001 when the main route, from Capphayden to St John’s, was completed. Since then a further 50 kilometers (31 miles) have been developed and yet 275km of undeveloped trail also remain still to be added.

The potential total distance for the route is, in fact, a whopping 540 kilometers (335 miles)” said a British blogger.  Read more here.

Moose, coyotes, humpback whales and more; there’s even opportunity to check out a natural geyser dubbed “The Spout” spewing water into the sky.

Of course, you have to be capable of handling 540 kilometers. If you’re more like me, however, you’ll choose to do just a section of the trail at a time and complete the whole thing in intervals. I’ve barely begun.

The whole trail is actually made up of 21 paths displayed on 22 maps by the East Coast Trail Association, and some paths are as long as 17 kilometers (like the Spurwink Island Path).

Considering just a 17-kilometer trail takes about one full day of hiking to complete, this means it would take nearly 32 days to complete the full East Coast Trail. To my knowledge, no one has ever completed the full thing. How’s that for a mission?

Sugarloaf Path (no relation to Candy Mountain) was our destination the day my friends and I decided to figure out what all the fuss was about. The path begins in Quidi Vidi Village, a historical fishing community just sitting outside the city.

Up until then, I hadn’t even realized a trail begins to the east of the little community, or that it extended all the way to Logy Bay (about 8.9 kilometers total).

The trail starts out with overhead views of Quidi Vidi Village and the surrounding cliffs. If you wander close enough to the edge, you can practically dangle your feet down onto tiny, brightly painted fishing sheds huddle against the rock face.

But the view at the top? Completely worth it.

At the highest point above the village, I turned to look down at the scene behind me. I felt like I was no longer in Newfoundland. From that vantage point, I had never seen the irregular mounds of hills humped around the ocean, nor the rising jagged cliffs.

Everything was green and full of life, the ocean was perfect blue. I practically swooned with newfound patriotism, and the trail was only just beginning.

We climbed with more enthusiasm, eager to see what was around the next corner. The path forked off in two directions, one to the right, and to the left. To the right, the steps seemed to disappear into the sky, dropping on the other side at a steep drop. We took that route.

On the other side, it was like stepping into Narnia. The wind stopped. Not a leaf rustled, no bush moved, and all signs of civilization disappeared. All that lay before us was trail marked by trodden undergrowth and yellowed grass, endless ocean, trees, sometimes open fields, cliffs, and mountains. Thus, the real journey began.

The landmarks along the way even have mystical-sounding names: Robin Hood Bay, Sugarloaf Head, Bawden’s Head, and Small Point. We crossed a small dirt road and a bridge hanging over a brook with its rocks entirely colored red due to high amounts of iron in the water.

When we finally reached the Robin Hood Bay area, we plunged headfirst into thick forest and started moving away from the ocean.

This portion was the only brief annoyance of our trip. There’s a section of trail near the Robin Hood Bay landfill dubbed the “Plastic Forest” due to plastic bag waste being carried over by the wind.

The local landfill’s presence is easily felt here, and its litter is unfortunate. On the upside, the East Coast Trail Association has made great strides to clean up the area, and the pollution is in a very limited area due to the trees acting as a buffer zone.

About 90 minutes later we emerged from the trees and rounded another giant cliff. We looked down to realize we were at a terrifying height, only made more dizzying by the stacks upon stacks of evergreen trees lining the banks.

Soon we were hugging the coastline again for the remainder of the path until we made it triumphantly to Logy Bay. I’m always relieved to be near water like there’s an escape route ready if needed. I think all Newfoundlanders feel this way: the water is in our blood, losing sight of it for too long feels dangerous. Perhaps that’s why the East Coast Trail is almost entirely by the sea.

Other Paths and Highlights

The best part about the trail is that you get to pick and choose the things you’d like to see and do the most if you’re only hiking in small sections.

For trails with spectacular sights, Deadman’s Bay Path starts at Fort Amherst and meanders around the coast opposite Signal Hill, where you can see Cabot Tower from an incredible vantage point. Typically the place is crawling with tourists and locals, but from here the tower looks entirely isolated and wild. Nearby is Blackhead Path, where you can reach Cape Spear, the most eastern point in North America.

The La Manche Village Path takes you over a large suspension bridge and into a ghost settlement, where now only the remains of old homes exist; the former La Manche settlement was wiped out by brutal winter storms that destroyed fishing stages and homes. But if it’s sandy white beaches you’re after (they’re hard to find on the Avalon Peninsula), try the Cape Broyle Head Path.

For the most opportune time to see humpbacks and icebergs, come in late spring and early summer. The Flatrock area especially has great views of the Atlantic Ocean.

While You’re on the Trail

Since the trail links 32 communities, it’s easy to find services like accommodations, dining, and entertainment. Just check out the East Coast Trail website for planning details.

One of the most popular activities you can do along the way is having a catered picnic at the Ferryland Lighthouse. You get a picnic basket laden with traditional food and a picnic blanket for your table. In spring and summer, you might even get a show with dinner – frolicking whales!

While most of the trail is fairly simple for hikers of all skill levels, great stretches are often under development and without trail maps or signs. The East Coast Trail Association urges people to contact them (information@eastcoasttrail.com) before embarking for information about conditions and access points. 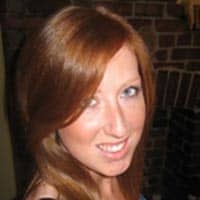 Candice Walsh used to be a technical writer, but now she’s an armchair traveler trying to navigate the freelance jungle. She’s an associate editor at MatadorNetwork.com, frequent contributor to Westjet’s up! magazine, and has been published in a handful of other online magazines. Her site is CandiceDoestheWorld.com, where she frequently blogs about her two greatest loves: beer, and Newfoundland and Labrador.