Charlevoix: Tasting the Seasons in Quebec

Eating your way through Quebec – The Flavor Trail of Charlevoix

I listened spellbound to Pascal Miche, a Paul Bunyan sized fellow as he talked about his love of tomatoes.

It wasn’t so much his knowledge of this fruit, but the fact that he is the only person on the entire face of this planet that produces tomato wine! 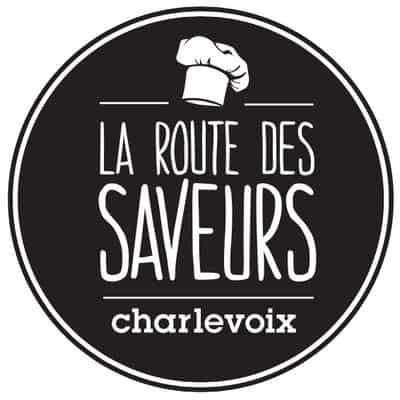 Pascal joins 24 agricultural producers, along with 20 restaurants that make up the La Route Des Saveurs, which translates to The Flavor Trail of Charlevoix.

Charlevoix is a small region of Quebec, roughly one and a half hours’ drive northeast of Quebec City, Canada.

The mighty Saint Lawrence River defines the eastern edge of this French-speaking area, with the Laurentian Mountains serving as a backdrop. Charlevoix has long been favored by wealthy US citizens as a summer resort destination.

It started with President Howard Taft’s visit in 1892 to the village of La Malbaie.  He described the air as “intoxicating like champagne without the morning-after hangover.”  Taft bought a summer home there and on his heels followed many Americans.

Origins of the Trail

The Flavor Trail is the result of a handful of locals recognizing strength in their region regarding the quality and integrity of the products they are growing or producing.

They have done an exceptional job of creating a way to explore Charlevoix through its food and drink. The producers and farmers welcome visitors to stop by and are keen on sharing their stories.

Add to this gastronomic scene a wealth of outdoor recreation with hiking and biking trails, whale watching on the Saint Lawrence River, fishing, camping, and skiing, and it’s a guarantee that one visit here will not be enough.

The One and Only Tomato Wine

>A roller-coaster of a highway connects the dots on The Flavor Trail.  It would be a hard task to explore each of the stops, so I chose a handful that piqued my interest.

>Omerto, home of the tomato wine, was at the top of the list.  Pascal had just finished the task of planting 6,000 tomato plants that will eventually yield 12,000 liters of his wine.

He chatted up tomatoes, explaining that there are 30,000 different varieties in the world.  Through knowledge passed down from his great-grandfather in Belgium and his own research, Pascal had on settled on six types to work with.

Asked if deer are a problem, he explained that he covers the plants with nets he makes out of human hair that wards off the critters.  This begged the question as to where the hair came from. “Beauty salons of course,” he said with his hearty laugh.

Vodka and Cheese in One Stop

Rumor had it that something unusual was brewing at Famille Migneron, which was reason enough to make this stop on the Trail.  Set back on a country road flanked by green fields, this family-owned farm is home to award-winning cheese in six varieties.

Not content to let the whey byproduct from the cheese production go to waste, they have been experimenting successfully with turning that whey into vodka. They expect to have their first bottles available for sale by the end of 2018.

Attached to the cheese shop at Famille Migneron is the restaurant Faux Bergers, which features the inventive cuisine of Sylvain Dervieux and Emile Tremblay.

There is no menu, but dinner guests are treated to a six-course feast based on what the chefs have dreamed up each day.

Their philosophy is one of not wanting to have anything go to waste.  They are willing to take whatever their suppliers have in excess at the end of the day to create their “dishes of the moment.”

The producers who are part of the Trail are very diverse, but one thing they share in common is welcoming visitors.  The smell of freshly baked bread from Boulangerie Pains d’Exclamation is proof that man can live by bread alone.  Melt-in-Your-Mouth chocolates can be found at Chocolaterie Cynthia.

Volières Baie-Saint-Paul is a family-owned farm that supplies the local restaurants with rabbit, guinea fowl, quail, and ring-necked pheasant. Cidrerie et Vergers Pedneault is a cider mill producing not only ciders, but vinegar, jellies, honey, and jams.

I’m not a beer lover, but MicroBrasserie Charlevoix gets rave reviews for their microbrews.

The largest emu farm in Canada, Emeu Charlevoix, boasts over 400 birds.  They not only supply hormone-free emu meat to restaurants, but they produce a variety of emu beauty products and oils.

It’s one thing to pay a visit to the producers and hear their stories first-hand, but capping it off with some remarkable meals is frosting on the cake.

My first dinner in Charlevoix was at the Chez Truchon, a historic inn and bistro.  It is owned by Dominique Truchon, one of the creators of The Flavor Trail.

It was here, after a delectable dinner, I would fall in love with Pouding Chômeur à la Crème D’érable (unemployed pudding with maple cream).  This cake-like dessert is a French Canadian classic created by factory workers during the great depression in Quebec.

My final overnight and dinner in Charlevoix found me at the opulent Fairmont Le Manoir Richelieu, a substantial-stop on The Flavour Trail. Hugging the banks of the Saint Lawrence River, this castle-like property in the town of La Malbaie was the setting for the 2018 G7 Summit.

Fairmont won me over long before dinner when I checked into my room and found toiletries personalized with my name!  Wow – talk about a sweet touch!

At Table et Terroir, one of Fairmont’s restaurants, the chef’s special of the day was a beautifully plated tuna tartare.  The selection of desserts was so artfully presented, it was almost a sin to cut into any of them.

is useful in planning the stops, and once on the ground in Charlevoix, there are several locations to pick up a printed guide of the Trail.  Even though Charlevoix is a French-speaking region of Canada, most in the service industry speak English, so visitors shouldn’t be concerned about any language barrier.

As a photographer, I’ve always been willing to skip meals to be at the right place at the right time to get the shots. But the more I travel, I’m learning how food and drink play a critical role in defining the essence of a place and heightening one’s experience.  It’s not always about the photos.

Come winter when a cold, snowy day keeps me inside, I’m going to try my hand at making Pouding Chômeur and pair it with a glass of Omerto, a sweet reminder of my time in Charlevoix.  Come spring, I’m going to make some ‘hairnets” to cover my flowers and see if that keeps the deer from munching on them.