Feeling the Horse’s Breath at Il Palio in Italy

The wedding of my brother-in-law on the shores of Lago Trasimeno in central Italy only added to the uncanny similarity between my environment and scenes from the Godfather.

This region shares a border with Tuscany and is a land of rolling hills, olive orchards, and popular local festivals.

With the commencement of nuptials only a few days away and a desire to experience such a festival, I hopped in the rental car and made my way from the lakeside community of Passignano sul Trasimeno to Siena, about an hour away through the relentless heat of a mid-August sun.

The aim of my efforts did not disappoint, I was there for Il Palio.

I had done my homework on the festival and understood Il Palio to be one of many unique Italian festivals that are as exciting as they are diverse. The famous race takes place twice a year here, once on July 2, and again on August 16.

Many of the old communities in the region date back to before the Roman empire and possess a ripe legacy of community gatherings of which Siena was no exception.

The event consists of a multi-part parade with prayers, religious icons, and music all culminating in a 95-second horse race around the Piazza del Campo in the historic city’s center.

As I wound my way along the toll highway, excitement gripped me. After all, we have nothing remotely comparable to this in my homeland.

A medieval horserace that exhibits the equestrian pride of ten of the city’s neighborhoods, or contrade as I would soon learn, was a rare event that I didn’t want to miss.

Siena was filled with commotion. As the crowds thickened, I ditched the car at the outskirts and proceeded on foot.

Dodging scooters and Fiats, I made my way deeper into the historic center and was relieved when I finally reached the pedestrian-only streets.

As I walked, I noticed elaborate decorations adorned the walls and street signs. Yellow and green flags hung from windows and ornamental lanterns jutted out from the crumbling plaster of the old buildings.

Likewise, the increasing groups of locals wore neckerchiefs of bright colors around their necks in support of their respective contrade.

As it was still early in the day, I took my time ambling through the thoroughfares sticking to the shade as often as possible.

The temperature was climbing and the cloudless sky promised it was going to be a hot one.

The Piazza del Campo in the city center has been referred to as shell-shaped, or half-circle, and is dominated by the impressive Palazzo Pubblico.

Likewise, the piazza is not level– if you placed a marble at one end, it would roll to the center.

This topography affords an interesting environment in which to host a horse race but nevertheless, arriving at the square (or half-circle) I saw a track of packed dirt skirting the edge of the piazza with an enclosed area of the cobbled surface.

Hastily erected bleachers lined the track with the best seats in the house enjoyed by those whose private balconies overlooked the proceedings below.

I had intentionally arrived about five hours early and the square was mostly empty except for a few onlookers snapping photos before hurrying on to find relief.

During the event, spectators could pay to enjoy the relative comfort of the raised bleachers that afforded a good view of the whole track.

“Stands for the Dogs”

The non-paying plebeians were relegated to the center of the track, an open area of hard cobbles, subject to the direct sunlight, and affectionately referred to by some as il palco dei cani (“The stands for the dogs”).

After sufficiently preparing myself for the trial to come, I left the comforting shadows of the old city and made my way to the flat-side of the half circle, close to a corner, and with a long view by which the horses would be running right past me.

Onlookers were already gathering along the periphery of the track. To keep the dust down, a water truck accompanied by some bored-looking municipal workers slowly proceeded around the track cooling the dirt and visitors lucky enough to be doused in the welcome spray. T-minus 3 hours till the race.

Slowly the mobs began arriving. First in a trickle than in a torrent, the open area of Piazza del Campo shrunk into small pockets of space and then into nothing at all.

Before me rose an undulating mass of travelers and locals, old and young, Italians and non-Italians, all exposed to the heat, sweat, and sun that fell impartially upon us.

A Il Palio Cheer Rose Up

Suddenly a fanfare. Over the hum of the crowd was a shout, then another. Finally, a cheer rose up from all that drowned out the ambient murmur of thousands of expectant fans. The event had begun.

Proceeding the race was an exhibition of equestrian grace and medieval religious flourish. Young men and women clad in period piece garb strutted the dirt track and brandished flags with the colors and symbols of the competing neighborhoods.

Showing their dexterity, the flagbearers moved along the track, tossing their banners high into the air only to catch them singly-handedly on their downward descent.

Drums and brass were the instruments of choice that coordinated the parade, and no sooner had the flagbearers taken their seat than the standard of Siena proceeded slowly around the track pulled by four massive bulls. Once the procession ended and the authorities and participants found their seats, the horses entered.

Magnificent specimens with gleaming coats of brown and black pranced past not to be outdone by their extravagant riders wearing the colors of their contrade. When the horses appeared an additional wave of hysteria and expectation washed over the spectators as the anticipated moment drew near.

The riders completed their circuit and took their place at the start line with only a line of rope and 3 laps separating them from Il Palio glory. The start was lost from me behind a sea of covered and uncovered heads but no matter, I enjoyed a corner spot close enough to reach out and touch the riders. The torment of waiting four hours in the blistering sun had not been in vain.

Crack! The sharp report of the pistol signaled the start to the race, and a roar leaped from the crowd. Unable to see the horses yet, I watched as thousands of heads, punctuated by the occasional selfie stick, turned in unison following the participants.

Finally, the first riders came into view as they took the first major turn onto the straight side of the half-circled piazza.

Whips slapped at the horses’ flanks as both the rider and the ridden endeavored to outdo their competition. They passed in an instant and were again lost from view. A collective gasp from the crowd signaled unseen drama and it wasn’t until the horses took the straightaway again that I noticed that three were riderless.

Again they passed, the warm breath and thundering hooves revealing the proximity of the horses. The final lap. Sunburned faces bellowed in encouragement or dismay as the corner was taken for the last time, and the surviving competitors came into view.

With a rush of hot wind, they were again past, and it was only the fireworks signaling the victor that drowned out the frenzy of the mass.

Like unruly college football fans, spectators streamed onto the track after the final turn. Parade participants mingled with spectators in glee, as the still-mounted and victorious jockey was surrounded and borne away by a mass of supporting arms through a nearby exit to the piazza. The vanquished departed more slowly with teary faces and consoling embraces the remedy for those defeated contrade.

As I mingled with the crowds and observed the aftermath of a city put upon, I finally cooled off. The lengthening shadows signaled the approach of evening and moderate temperatures and I decided to take the long way home after Il Palio.

As I distractedly ambled along empty alleys in the approximate direction of my rental car, my imagination reeled from the surge of the recent experience and once again I found myself lost in the legends of this land. 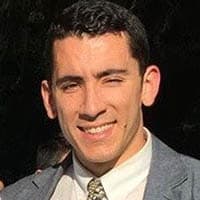 Eric Sweigert is a teacher, writer, and lifelong learner currently pursuing a graduate degree from a Spanish university. After spending half a decade working in the American education system, he sought to expand his skill-set for developing and communicating useful ideas to others while immersing himself in a stimulating new culture. His current research and work interests include European cultures, American politics, and all things travel-related.