La Lutte: the simplest yet most confusing sport in Senegal

Two men fighting in a ring. As contests go, they don’t tend to come simpler. Whether ‘striking’, ‘grappling’ or a combination of the two, the general aim of submission is prevalent in all.

Across West Africa, the ancient practice of La Lutte (‘the struggle’) tends to fall into the wrangling end of the scale, but in Senegal, the rules are somewhat different.

Inside the 20-meter diameter ring, a heady mix of boxing, martial arts and sumo. Outside it, a cross between the Olympics opening ceremony, a talent show, and a political rally.

A Tannoy public address system wails at deafening volumes throughout. For what should be a very simple concept, it’s one of the most bizarre, confusing spectacles I have ever witnessed.

The Stade Leopold Senghor is a vast, 60,000 capacity oval stadium in Dakar’s Grand-Yoff region and getting into it is as much an experience as what was to come. Vast swathes of locals mill around the edge of the stadium’s perimeter chanting, whooping and honking. Touts abound with red wristbands. Armed police angrily conduct the human traffic.

We are guided towards the official kiosk, a black-windowed SUV parked behind the stadium’s gated façade, before smuggling 10,000 CFA ($19) through the grills in return for a flimsy red wristband adorned with the President’s face and the main event: Modou Lô vs Lac de Guiers 2.

The intoxicating whiff of yassa (onions, garlic and lemon) from baguette vendors greet us as we make our way into the stands. We choose our seats behind chocka-block rows of Senegalese men in the half-full stadium; sporadic smatterings of fans roam around the concrete ledges of the ‘cheap seats’ at the stadium’s hips.

Modou, also known as ‘Le Roc de Parcelles Assainies’, is not due to don his loincloth for another two hours, but there is so much more to the Lutte than just the fight.

A giant sand circle sits upon a square white tarpaulin like a coaster in the middle of a faded football pitch. A 400-meter running track encircles it all. There is movement everywhere. Tribal-dressed drummer packs play variations of bum dada dum as masked dancers gyrate to the crowd.

The undercard fights dent the coaster. It’s like every circus act going on concurrently in one place. All to the clangorous din of tinny speakers – as if someone was remonstrating angrily with their radio whilst it was playing white noise.

The ineffable racket is temporarily halted to announce ‘President de la Republique Macky Sall’s arrival; the crowd on their feet. The President’s name was then flung across the stadium with careless abandon every minute or so.

The President took his pew on the perimeter of the running track in front of the ring. Throughout the preliminaries, he and his ministerial-esque entourage – a wave of western-style suits and full Senegalese boubous – were entertained by a variety of dancing troupes.

The first appeared like the cast of a Midsummer’s Night Dream, swiftly followed by medieval court jesters clad in Senegal’s red, gold and green.

Later, young men in multicolored tracksuits displayed their breakdancing prowess, before giving way to a line-dancing showdown: blue shirts and white robes squaring off against those in gold and brown checks.

When finally able to take stock of the fighting, the rules appeared straightforward. There is a ring, with two frames of bulging muscles clad in loincloths, and that’s it. Ancient and primal. A straight fight with no gloves or helmets. Get the opponent on the floor or out the ring. Or so we assumed.

The lutteurs would be introduced, the referee would step back, and the fighters would start pawing like cats with arms outstretched, attempting to distract their opponent. Then there would be a flurry of wild punches and feints, maybe a grapple, wriggle or entangling before a fighter would face the sand.

One ‘featherweight’ fight was over in seconds: a barrage of punches, jabs and hooks to all parts of his opponent’s body; an uppercut to the jaw landing him on the deck. The celebration: the victor sprinted 30 meters towards the stands, jumped over festival-style railings and beat his fists on his breastplate. Peanut shells ejected from laps in front of us.

The heavyweight fridge-freezers would find themselves locked together in attritive tussles. Shoulders contorting over the arms of their opponents. The bodies coming together to form a bridge or occasional Eiffel Tower. Then, it was over. No blow landed. Someone had won somehow. Seeds would be flung into the air. Wheelchairs would perform 360s.

The lingering scent of testosterone in the bleachers was worthy of the truculent battles down in the sand. But this was just the preliminary rounds. The Amateurs.

All the while, the confusion swirled. The angry male commentator was replaced by an even angrier female commentator, imposing involuntary grimaces every few seconds. Spectators threw bags of fruit to other spectators. More roars, more track-runners, more dancers, more VIPs, more police and more presidential shout-outs. You didn’t know where to look.

Yet, for so much going on, there was nothing really going on. As night drew in and a cool chill swept across the stadium, the occasional flare would light up the murky grey-blue sky. The tension was clearly building. A febrile atmosphere engulfed the stadium. The armed police started to take up positions facing the crowd; berets off, helmets on. The President’s stand moved from the running track to the pitch. The crowd was seated.

Any camera shot of Modou, the 18-time winner and fan favorite, was greeted by sacerdotal chanting of his name. A small child behind us wearing shorts and gloves started dancing maniacally: his wide grin never faltering as he interchanged punches, lunges and karate kicks.

A momentary rest bite from the wailing, as the Tannoy played a mix of the Games of Thrones theme and Europe’s The Final Countdown. If you didn’t know something epic was about to take place, you did now.

The President, along with around 50 others, goes on to greet the fighters before battle. The National Anthem rings out; the stadium on their feet. Its finale kickstarts a wild frenzy. Small white birds are released by members of the crowd: as confused as us, they appear intoxicated by their surroundings, dipping and diving around the arena. The man in front starts to crouch and sway uncontrollably, his hands stroking his shaven head relentlessly.

In the ring, the two warriors stand meters apart. Achilles and Hector. The referee steps back. Howls, wails, peanuts, seeds, President Macky Sall! The cat pawing feints turn into swings into grappling into shunting into punching. The ref makes a call, the body of the gloved-boy becomes possessed.

Is that it? The preliminary fights had lasted just one round, but they go again. The emphatic music blares in the background as they embrace each other for most of a 15-minute second round. The ref’s call greeted with more seat smacking and snack-throwing. Destiny abounds.

One round, a fighter is on the floor, another, he is out the ring, yet still, they continue. I ask a nearby supporter shouting ‘Modou Modou’ what is going on: he replies energetically in Wolof and I pretend to understand.

Back to the grappling and then suddenly its over. Modou has won. Lac de Guieres 2 has his hands in the air. A virtual bomb detonates in the crowd – roars, hugs, deep breaths – then everyone rushes to the exit.

We stand stranded in the middle as a stampede of supporters hurry to the stairs. No-one stays to see any sort of victory belt or parade or interview; the stadium of around 20,000 empties within five minutes. The three referees are escorted off the coaster by armed guards. The President’s entourage disappears without a trace. The only people remaining in their seats are the few Westerners and those with small children.

I had no idea what I had just witnessed. I wasn’t entirely sure who’d won or how he won (supposedly fewer infringements). The only thing that I knew for certain was that President de la Republique Macky Sall was there. 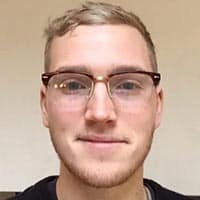 Beetle Holloway is a British freelance writer, copywriter and pseudo explorer, who likes to pretend he’s living off the beaten track.