Like Alice through the looking glass, I passed through the entrance at St. James’s Gate, Market Street, Dublin. This is the Guinness Storehouse, Mecca to beer drinkers the world over and the number one visitor attraction in Ireland.

This seven-story warehouse is not the brewery, although it is located on the brewery grounds. It is a Guinness museum tracing the story that began over

250 years ago and, as you proceed up the escalators, ends at the Gravity Bar with a spectacular 360 degree of Dublin. Here you can enjoy a pint of any of the Guinness growing selection of fine beers.

Interestingly, in Ireland, as in most of Europe, the floors of a building are counted with the first being “ground” and what we in the US would call the second floor is the “first” floor.

Looking up from the ground floor it can be seen that the central atrium extending up through the fifth floor is shaped like a giant pint glass!

See inside the Safe

The journey begins here with the basic ingredients of Guinness: the water, the grain, the hops, and of course, the yeast. Peek through the cracked open door of an old metal safe to see a vial of the proprietary yeast strain used to brew Guinness.

Hear the water dramatically cascading over a glass waterfall as you walk under the flow.

On display, under heavy tinted glass in the floor, is the actual lease signed by Arthur Guinness in 1759 granting the brewery the rights to the land and the water for an astounding 9000 years at an annual rate of £45. As their current advertising claims, “We still have a lot of beer to make.”

In 1775, the clause of the lease granting free water rights was challenged as described in this quote from the Guinness Archives:

“Arthur Guinness was a determined man, particularly in defense of his rights. The brewery lease granted him free access to a water supply. In 1775 the Dublin Corporation tried to make him pay for this access by sending the sheriff with a body of men to cut off his water source.

Arthur responded vigorously by seizing a pick-ax from one of the men and declaring ‘with very much improper language that they should not proceed’. He won his point and the brewery maintained its vital free water supply.”

Seems he was also a bit of a Mad Hatter!

Ultimately, this led to Mr. Guinness entering into a second lease agreement in 1784 granting the water rights for the brewery for the 8975 years remaining in the original lease at an annual rate of £10.

Proceed to the first floor where visitors learn about the manufacture of wooden cooperage (beer barrels) and the means by which Guinness has been distributed throughout the world over the years.

There are huge old wooden and copper fermentation vessels as well as large, scale models of Guinness freight ships and a locomotive once used to transport product and materials about the 50-acre brewery site. Some of the rails are still visible on the cobblestone streets outside.

Moving up to the second floor, the tasting experience begins. This is a multi-sensory introduction to what comprises the distinctive flavor of this iconic stout.

It starts with diffusers separating the aromas and flavors each being identified on their own to understand how they come together to produce the complete experience.

Then, at last, a sample of the stout. My first thought is, “What, this tiny little glass is all I get to try?” No, there will be more to come. In this tasting, the small glass is used to better display the color.

Most everyone will identify Guinness as black or very dark brown but, when viewed properly, it is discovered to actually be a dark ruby red color with the distinctive rich creamy tawny white head.

On the third floor, discover the world of Guinness advertising. Originally, Arthur Guinness relied solely on his good name and the quality and reputation of his product to promote sales.

This continued as the company was passed down from father to son through five generations creating a brewing dynasty and the largest brewery in the world. It wasn’t until 1929 that an official advertising campaign was launched.

Here, visitors can browse through over 80 years of Guinness advertising history. From the first advertising slogan “Guinness for Strength” to “My Goodness, My Guinness” featuring the character, Gilroy, who watches over a collection of zoo animals, each bent on keeping him from enjoying his Guinness.

Many iconic characters were created. There was the Whistling Oyster, the Bicycling Fish, a kangaroo with a Guinness in her pouch, a seal balancing a Guinness on his nose, a pelican with a beak full of bottles, an ostrich swallowing a glass of Guinness and many, many more.

The most well known is the Toucan with his “Lovely Day for a Guinness” tagline which is still in use today. There are even quite a few of Lewis Carroll’s Wonderland characters!

The harp logo was first used by Guinness in1862 and was registered as the Guinness Trademark in 1876. The logo has been redesigned a number of times over the years.

The harp is also the official national emblem of the Republic of Ireland. However, the Irish Free State Government was established in 1922 and since the Guinness Trademark was registered in 1876, the Irish government had to turn their emblem around the other way to not infringe upon the Guinness Trademark. The Guinness harp always appears with the straight edge to the left and the government harp always has the straight edge to the right.

Original print and poster ads, television and today’s digital advertising are all there for visitors to relive or experience for the first time. Many of characters appear in larger than life sculptures, some, like the oyster and the fish, are animated.

Browse through the many different bottles, cans and the labels as they have evolved through the years.

Or peruse the computer screens to scroll through the many different print advertisements, many of them in the sophisticated black and white line drawing cartoon style of the time.

The Art of the Pour

The fourth floor houses the Guinness Academy where you can learn “The Art of the Perfect Pour.” The perfect pour of Guinness has been determined to take exactly 119.5 seconds from the first surge to the final settlement. How long it takes to enjoy the perfect pour is entirely up to you!

This is where you get your full pint of the “black stuff” and, you get to pour it yourself. First, you are shown by a Guinness professional how it is to be poured from the Nitro tap. Yes, draft Guinness is served on a nitrogen charged draft system as opposed to a more common CO2 (carbon dioxide) system.

Then, it is your turn. After you have poured the perfect pint, it is yours to enjoy and you are presented with a certificate bearing your name and the date you crafted “The Perfect Pint of Guinness.”

Go on to the fifth floor for the Brewer’s Dining Hall for a bite to eat featuring Guinness inspired dishes and desserts in a cafeteria style with an open kitchen. Or, try the 1837 Bar & Brasserie for a dining experience with a bit more hearty fare or, just enjoy your Guinness at Arthur’s Bar, a tribute to the traditional Irish Pub. No tea party here!

Finally, up to the top and the Gravity Bar for the panoramic view of Dublin. Here you can enjoy the full range of the Guinness products while looking out over the city.

The windows are posted with information as to what sights can be seen in the direction you are looking out. This is a great venue for getting pictures of both the city and the brewery grounds.

No fan of history, Guinness, or just beer in general, should miss the opportunity to visit the Guinness Storehouse. The history alone is worth the price of admission. And, while there is no tour of the brewery itself, you will leave fully satisfied with the experience.

Allow yourself plenty of time as there is much to see, hear, smell, and, of course, taste.

Before you leave the Warehouse, shop through the extensive gift and souvenir shop. Here you will find a wide assortment of Guinness merchandise; glassware, kitchenware, hats, sweatshirts, and t-shirts are just a start to what is available. Many of the items are exclusive to the Warehouse and cannot be found elsewhere.

Details for a Visit

The Guinness Storehouse is open 7 days a week

At the time of this writing, Adult Entry starts at €14.00 and children are welcome accompanied by an adult. 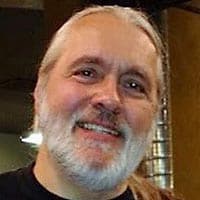 Robert Archibald, of Colorado Springs, CO, is a freelance journalist and blogger. Bob has been homebrewing for over 20 years. Besides beer and brewing, his passions include gardening and travel. He worked at a craft brewery for several years where they used his homebrew recipe for their Christmas Ale. Follow his homebrewing blog, 100 Bottles of Beer, at cohomebrewguru.com and his travel blog, Travels with Bob & Deb, which he co-writes with his partner, Debbie Alexander at bobndebtravels.com