Ex-pat Living: Is It for You?

Six Lessons I’ve Learned as an Ex-pat in Israel

The word ex-pat is an abbreviation for expatriate, which comes from the Latin term expatriatus. Originally, an expatriatus was someone who had left his or her homeland to go live someplace else. Today, the word ‘ex-pat’ still echoes its medieval origins but it has embraced a broader, more comprehensive connotation.

Being an ex-pat today means much more than just be ‘living in another country. It’s about starting a new life, sometimes very different from what one’s used to, surrounded by unknown places, different people, unfamiliar situations.

If all of this sounds very exciting, don’t be fooled – being an ex-pat can be tough.

Starting a new chapter of your life necessarily involves leaving something else behind – whether it’s family, opportunities or the love of your life.

However, regardless of what you’re going to leave behind and especially because you’ll always leave something behind, you shouldn’t hesitate to leave if it feels right for you.

I did, and today I can say for sure that it was the best decision I could ever make.

I won’t lie – there’s been bad times as well as good – but the lessons I’ve learned during these past 2 years will be with me for many years to come.

So let me help you make your life as an ex-pat easier by sharing the 6 most meaningful lessons I’ve learned as an ex-pat.

1. Leave Only When You’re Truly Ready

I moved from Italy to Israel more than two years ago. My Israeli boyfriend – who happens to be my husband today –  felt the time had come for him to go back home after several years of living abroad.

In reality, he had been ready to go back for quite a while. The real problem was that I wasn’t ready yet. I always knew it would have to happen sooner or later, but I was scared that committing to something I didn’t really ask for would make me unhappy.

That’s why I waited until I felt I was truly ready to leave.

There are so many factors that can lead people, especially young adults, to leave their comfort zone at a certain point in their lives and look for happiness elsewhere.

Whatever the reason, when you feel there’s a major force driving you to be away from home, then you know for sure it’s the right time to leave.

It means that you’re truly ready to take the next step but, most importantly, it means that you’re probably not going to regret taking that decision because it was your own choice, no one else’s. Don’t follow someone abroad just because you’re afraid to lose that person.

You might end up losing yourself in the first place and ruin the relationship you had with that person because you’re unhappy.

The first few weeks of any experience abroad are undoubtedly exciting. Everything around you is shrouded in mystery and every single day a new discovery – places, people, and customs are intriguingly distant. However, this enthusiastic view on anything that doesn’t belong to your former home ends as soon as the new place starts feeling like home. 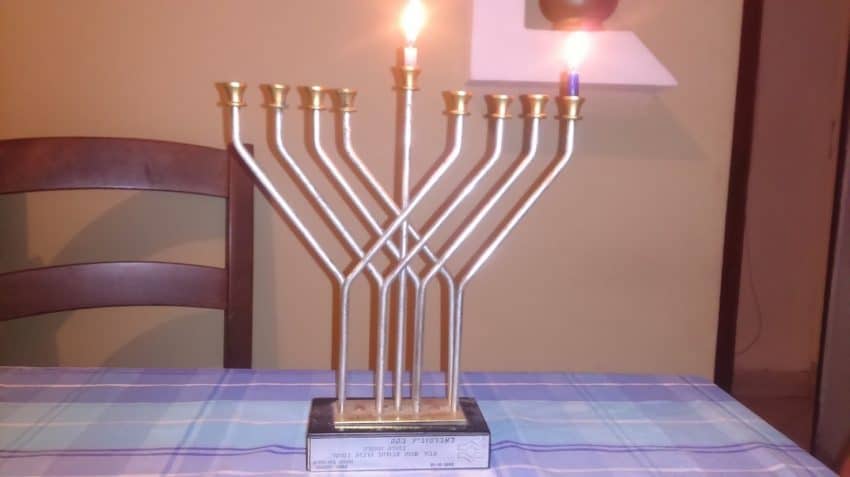 That’s the right moment to start creating a routine just for yourself to help structure your days.

Let’s suppose you’re still looking for a job and your friends circle is still very limited. How do you make sure you don’t end up going crazy over too much free time? Simply by creating a routine built on things you like to do.

When I first moved to Israel, feeling unproductive was one of the things I hated the most.

Every day felt the same, and I desperately looked for things to do that would keep me busy. But then, one day I thought, “how many other occasions will I have in life to have plenty of free time just for myself?”.

I started waking up every morning earlier than I used to, went for daily runs, had fancy breakfasts while reading my favorite book, visited new places every day, discovered hidden corners of my neighborhood, took my dog on long walks.

Creating a routine prevented me from feeling lost and helped me settle into the new environment.

If you’re not sure where to start when creating your own routine, here’s a complete guide I found written by an ex-pat just like you and me.

3. Know Your Legal Rights as an Ex-Pat

There is still so much confusion about ex-pats’ rights and privileges in their new countries.

This, in part, is because most countries have been exposed to a growing number of ex-pats only in recent years.

Each country’s policies are different, and so is the status of its ex-pats.

That’s why you should always try to stay on top of things when it comes to your rights and obligations in your new country.

There are many organizations and groups that were recently created to help ex-pats overcome the difficulties related to their legal status.

I’ve heard many stories of ex-pats who had financial benefits they weren’t even aware of. A friend of mine, for example, had been paying taxes on her foreign-earned income both in her home and adopted country for years, until she came across this article.

Always talk to other ex-pats who are in the same situation and make sure you stay as informed as possible on what you are eligible for in your new country.

4. Surround Yourself with Things That Remind You of Home

Sooner or later, nostalgia knocks on the door of every ex-pat. Homesickness is a state of mind associated with any experience abroad, no matter how well things are going. That’s why you should not only be ready to face that emotional state but, most importantly, you must try to fight it back by all means. The best way to do so is to be surrounded by things that are familiar to you.

I remember how nostalgic I felt as Christmas time was approaching. I was in a country where Christmas day isn’t different from any other day of the year. It was my first Christmas away from home – on a holiday that completely revolves around the family. I could have either accepted the idea of not celebrating Christmas at all or embraced the Christmas spirit no matter where I was. I opted for the second choice.

I bought a tiny Christmas tree and so many decorations that I’ve been using to brighten my house for the past three years. The unexpected thing is that I’ve never felt as connected to Christmas as I felt during these past years. I learned that keeping your own traditions makes you feel home, no matter how far you are.

A necessary step to feeling part of a new country is to embrace its culture as much as possible. But inevitably, part of the new culture’s set of beliefs, values, and attitudes clashes with our own.

That’s why it’s important to learn as much about it as you can. If you can understand the origins of the different beliefs it’s easier to feel like you’re part of the new culture. After all, isn’t learning new things one of the most exciting aspects of traveling abroad?
Moving abroad and learning everything (well, almost) about the new traditions has helped me become a wiser and better person. The secret is to be as open-minded as possible and to have an objective approach towards the things you learn. One of the most meaningful quotes I’ve read about adapting to a new culture is “There is no better way of doing things, it is just a different way”. Sometimes the traditions you’re exposed to may seem absurd, but keep in mind that that’s just because you were raised with a culturally different mindset. Try to look at new traditions as a child would – learn and absorb them impartially.

6. Don’t Be Ashamed to Ask for Help

I’m pretty sure every ex-pat out there has thought, ‘I can’t do it by myself’. When you are an ex-pat, having to deal with even the most ordinary situations becomes extremely hard.

Simple things that would never be an issue in your home country – going to buy some groceries for example – can be particularly frustrating as an ex-pat. The good news is that, no matter how lonely you feel, you’re never really by yourself and there will always be someone ready to help you. However, you need to be able to ask for help in the first place. Don’t make the mistake of thinking you can do anything by yourself, you most probably can but shouldn’t.

These are some of the most valuable secrets I’ve learned as an ex-pat. These lessons are the result of my long, sometimes painful but primarily exciting, ex-pat adventure. I hope you’ll treasure them but mostly, I hope these tips will make your life as an ex-pat a more comfortable, enjoyable journey. 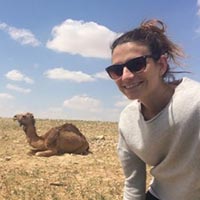 Roberta Rottigni is a tech and travel blogger. Born in Italy but adopted by Israel, she loves writing, cuddling with her tiny pet, and discovering new cultures. She always makes sure to have a good book in her bag.