Have you heard of Bonwi?  It’s a simple and easy way book hotels and accumulates rewards you will actually use

Bonwi. It means, Fly Free Fast and Easy.  I think they’re on to something.

Bonwi is a new website that has simplified and flattened out the arcane and mind-numbingly complicated world of hotel and airline points.

If you, like many of us, aren’t interested in ‘mileage runs,’ or signing up for credit cards to get bonus rewards, this might be for you.

Here’s the premise: Book hotel nights on an easy-to-use, and transparent website, Bonwi.com.   Every night you book comes with points — a lot of points.

The reservation for two nights was a reasonable $519.  I qualified for 12,000 points.  So if I went back and wanted to book another hotel night, there or any other hotels, I can browse  hotels by “Bonwi Points” instead of “Dollars.”

Here are some questions and answers about Bonwi:

When do you get the points?

Rewards earned will show as pending until after travel is completed, please note that it will take between 7 and 21 days after your trip for the miles to become available to use on the Bonwi website.

There are no taxes like you find when you redeem airline or hotel miles. It’s all internal, no middle man is needed because it’s all handled by Bonwi itself.

Unlike many airline and hotels rewards programs, the amount of points you’ll earn is not based solely on how much you spend or how many nights you stay in a hotel.

This allows Bonwi users to accumulate points faster by selecting options based on both the best available price and number of Bonwi points offered.

“The number of Bonwi points needed for a free airline ticket, hotel stay or gift card is based on the cost/value of the item. We simply take the retail price of what you want to redeem and convert to Bonwi Points at 1 penny of value for each one,” is how Bonwi explains it on their website.

Bonwi points last for two years following the date of your most recent reservation.   Can they be transferred? No, not at this time, Bonwi points must be accumulated in and redeemed from a single user account

The Bonwi price guarantee means you won’t find the hotel room for less anywhere. They even go one step further, with a 110% guarantee, so they’ll pay you extra if they can’t match or beat the price.

Is redeeming free airline tickets using Bonwi Points based on the availability of seats that are set aside by the airlines for rewards bookings? 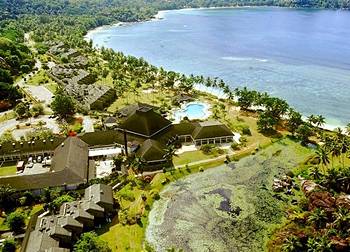 Each Bonwi point is worth a penny… so the 12,000 Bonwi points I got from my two-night stay in downtown Brooklyn, NY is worth $120.

It’s not going to be very hard to get enough points for one or two more nights in a different hotel. One thing to keep in mind is that the high season for hotels that starts in March is far different in terms of how many points are awarded.  The points swing from offering 600 in a high demand season to 6000 on a low demand season.

Lunch with My Friends

I joined my regular male friends for lunch and I brought up Bonwi when I was discussing where I had spent the weekend.   Marc, a savvy former radio station magnate, took out his iPhone and said.  “I like it since it’s faster to be able to actually redeem the points than other loyalty programs.”

Like so much of us, he relies on the handheld so the way the site works on a phone weighs heavily on how it will be accepted here.

Marc said he liked the user interface and went to look up a San Francisco hotel he had recently stayed at.   Prices were comparable.

Then Bernie, across the table, looked up a place where he grew up. A small town in Tennessee with four hotels.   Two of them came up on Bonwi, a very low rate, and less Bonwi points than the higher-end hotels.

If they can find hotels in a tiny Tennessee town, they’ll most likely have plenty of choices in large cities. I can vouch for that, 400,000 hotels are listed on Bonwi’s site.

How Other People View the Site

I asked several young women in their early 20s to try out Bonwi.com.  Here is what they said.

“Site was easy and straightforward to use; very simple layout Better prices and rewards system than competitor Expedia.com.  “The ability to gain miles and use them on future trips makes it enticing to purchase hotels and flights.” – Catherine, UMass Amherst student

“Seems almost too good to be true… The Bonwi website explains the rewards process clearly for new users with a FAQ section and live chat option.”  All of the people interviewed explained they would rather use the points on purchasing flights than hotels. Having the ability/ choice to search for flights and hotels using either money or miles earned is a nice benefit.

“Without having you explain to me what the site was, I don’t think I would’ve known. I didn’t find that they promoted their benefits that well, it almost seemed just like a Kayak or an Expedia. But when I did understand the benefits, it seemed like a helpful site since I fly so frequently for work” Meghan G. Naples, FL

“I was doing some research into booking for different places but it was loading so slowly that I started getting frustrated. It doesn’t really provide the immediate results as quickly as other search engines do”. –Adam C. NSW, Australia

“I compared my search against Hotels.com and the rates were pretty much the same, but what surprised me was how quickly the points seem to accumulate. The Bonwi point system is definitely worth it compared to the book 10 nights and get 1 free I was getting from the other site” –Paul G. Boston, MA

“The prices are generally the same as compared to other travel sites and the benefits definitely seem to accumulate much quicker than they do. I’d definitely use it just for booking random hotel trips for weekends and such. I don’t see why not”. Aleah F. San Francisco, CA

See what some other travelers are writing about  Bonwi at TripAdvisor.com

Bonwi is a GoNOMAD advertiser, but the opinions expressed here are the author’s own.