Castle Hopping in Scotland with a Battle Master

Scotland is the land of castles. With a greater concentration of them than in any other European country, there is something to appeal to everyone – windswept and desolate Highland strongholds, magnificent royal fortresses on city-topping rocky crags, fancy baronial tower houses, and everything in between.

Best of all, Scotland’s castles are accessible.

For anyone accustomed to driving for half a day through countries such as France, Germany, Canada, or the United States to see a single sight, the intimate smallness of Scotland is completely refreshing.

Many castles are within a short strike of major cities and towns, and those that aren’t are a very reasonable car, bus, or cycle journey away through unforgettable scenery.

A Castle Trail for You

Having been to nearly 200 of these gems myself, I’ve assembled my very own Castle Trail for you to follow, taking in some of the most awe-inspiring, historically rich, and downright exciting locations that Scotland has to offer.

As a ‘Battle Master’ (yes, that’s the actual job title) at the Bannockburn Heritage Centre in Stirling, I’ve had the opportunity to immerse myself in their country’s history, the facts of which consistently prove stranger and more thrilling than fiction.

The whole circuit could be completed by a dedicated and nimble traveler within a week, but many are only an afternoon or day trip away from tourist centers such as Edinburgh, Inverness, Aberdeen. and Stirling.

All offer a great way for individuals, couples or families to get a little medieval and experience Scotland’s world-famous heritage hands-on.

If you plan on visiting more than three or four of these castles, particularly the larger and more expensive ones such as Edinburgh and Urquhart, it is worthwhile to pick up an Explorer Pass from Historic Scotland.

This allows you instant access to unlimited HS properties over three or seven days (£29/£38 for adults, £17/£22 for children). The National Trust for Scotland

The National Trust for Scotland has a similar offer with their Discover Pass at three, seven, and fourteen-day intervals, giving you access to a great many castles, gardens, and estates as well as famous battlefields such as Culloden and Bannockburn.

Membership to either organization gives free access to all of their properties and is excellent value for anyone with a consistent interest in Scottish history and heritage.

Many flights to Scotland arrive in the capital of Edinburgh, putting Edinburgh Castle, voted the UK’s best tourist attraction in 2013, on your immediate doorstep (Historic Scotland, All Year).

The ceremonial firing of the 1 o’clock gun is a visitor favorite, but for the best experience you should show up first thing in the morning or late afternoon to avoid the teeming crowds.

The castle offers unparalleled views over the city and is a boon for military buffs with its selection of regimental museums.

If you’re after a more intimate castle experience in the Edinburgh area, Craigmillar Castle sits in criminal obscurity only one and a half miles south of the city center (HS, All Year).

Its curtain wall is among the finest in Scotland, and with endless nooks and crannies that twice played host to Mary, Queen of Scots it is one of the most enjoyable castles to explore south of the Highland line.

Best of all, you often have it to yourself, so feel free to play king of the castle out loud.

A short jaunt east of Edinburgh, near the coastal retreat of North Berwick, sits Tantallon Castle. Its towering walls rise to over 100 feet and provide picture-perfect views out to Bass Rock and the Firth of Forth (HS, All Year).

The castle’s dovecot, which held pigeons for winter feasts, is of especially fine quality, its hundreds of tiny chambers creating an optical feast reminiscent of a labyrinth or Egyptian ziggurat.

If, however, you arrive in Glasgow, Bothwell Castle is a must-see. A stronghold of the mighty Douglas family, Bothwell was the site of one of the most terrific sieges in Scottish history (HS, All Year).

When King Edward I of England, known as ‘the Hammer of the Scots’, invaded Scotland in 1301, he had to build a special siege tower specifically to tackle Bothwell’s massive keep.

It stands a ruin today, but look out for special features such as graffiti carved into the keep’s bottom-floor stonework carved by a young David Livingstone

It stands a ruin today, but look out for special features such as graffiti carved into the keep’s bottom-floor stonework carved by a young David Livingstone

Lords of the Land – Strongholds of Scotland’s Rampant Nobles

Swooping south to Dumfries, Caerlaverock Castle is the UK’s only triangular fortress and is the kind of castle that medieval romantics dream about (HS, All Year). Surrounded by a moat, Caerlaverock had its own

Surrounded by a moat, Caerlaverock had its own 300 moment when 68 Scots held out against over 6,000 English soldiers also under the command of Edward I in 1300.

There is even a replica of Edward’s mighty trebuchet, menacingly named ‘War Wolf’, on the grounds, along with an excellent interpretation center that walks you through what a medieval siege looked and felt like.

There is even a replica of Edward’s mighty trebuchet, menacingly named ‘War Wolf’, on the grounds, along with an excellent interpretation center that walks you through what a medieval siege looked and felt like.

Veer now back north to Perthshire and join the wonderfully silly pilgrimage to Doune Castle, filming location for much of Monty Python and the Holy Grail. An audio guide is narrated by Python alumnus Terry Jones, and reception will provide you with coconuts to

An audio guide is narrated by Python alumnus Terry Jones, and reception will provide you with coconuts to clack through the corridors upon request (HS, All Year).

Aside from that, it has a brilliantly restored great hall and one of the most imposing tower houses anywhere in Scotland, standing at an intimidating 95 feet in height.

Doune also featured as Winterfell in the premiere episode of HBO’s Game of Thrones and takes center stage in the upcoming Starz series Outlander.

From Doune, turn northeast and make way to perhaps the most jaw-dropping natural location for any castle in the UK. Dunnottar Castle, just outside Stonehaven in Aberdeenshire, has been a fortified site since at least the 7thcentury AD (Independent, All Year).

Here ancient wars in the time before Scotland or England existed came to a head, and William Wallace forced the English garrison into the castle’s chapel, burning it to the ground with all the souls inside. Dunnottar placed in the Top 10 list to establish the 8th Wonder of the World in 2013.

Aberdeenshire provides a wealth of castles of all kinds, not least of which is Crathes Castle (National Trust for Scotland, All Year, November to March Sat & Sun only).

With an excellent in-house museum and stunning painted ceilings, the grounds of the castle recently revealed the world’s oldest calendar in the form of a set of standing stones dated to 8,000 BC.

A number of other castles owned by the Trust are a short drive away, including Drum, Fraser and Craigievar, all exhibiting unique styles from early medieval to 17th century baronial.

Highland Ho! The Mists and Mountains of the West Coast

Trekking west from Aberdeenshire towards Scotland’s world-famous Western Isles takes you through some of the best Highland scenery that Scotland has to offer.

Along the way, it is well worth a stop at Castle Urquhart on the shores of Loch Ness (HS, All Year). Nessie spotting aside, this is one of Scotland’s most atmospheric ruins.

From there, any list of Scottish castles would be remiss if it did not include Eilean Donan Castle near the otherworldly Isle of Skye, one of the most photographed castles in the world alongside international treasures such as Germany’s Neuschwanstein or Spain’s Alhambra (Independent, All Year).

A Jacobite stronghold, it was devastated by English ship gunnery in the 1740s and remained so until being lovingly restored in the early 20 century.

After meandering down the west coast to Oban, take the ferry across to the Isle of Mull and catch, en route, the unforgettable view of Duart Castle, arising on a rocky crag like a sentinel overlooking the channel (Independent, April to October). 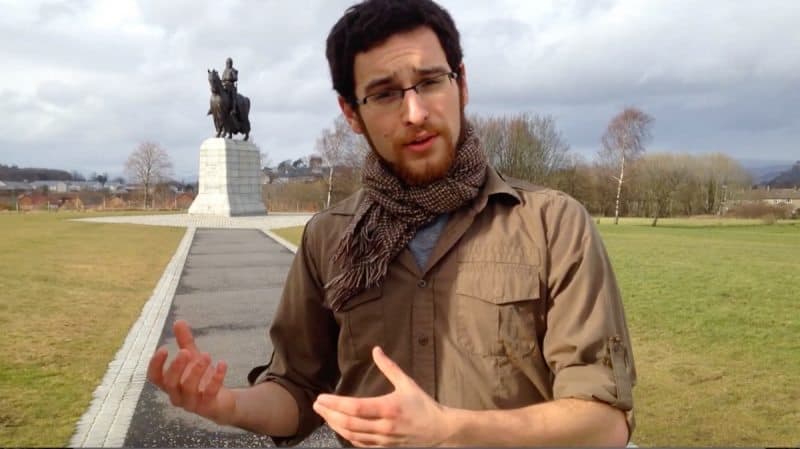 Home to Clan MacLean, Duart sat at the heart of the Lordship of the Isles, the Gallic kingdom that struggled for supremacy with Scotland’s kings until the 15th century.

The isles, despite their remote reputation today, were superhighways for trade and warfare until their utter suppression following the

Jacobite rebellions of the 18th century. Here the staff are on a first-name basis with the castles’ laird (Scots for lord), and are a mine of information and local tales – speak to Carol, usually found in the Sea Room exhibition, for a unique insight into clan and island life.

With between 750 and 2,500 castles, depending on how you count them, these are just the tip of the Scottish castle iceberg. Nonetheless, their architectural distinctiveness, historical richness and lingering sensation of timelessness make this castle trail a fine introduction to the real Scotland.

David Weinczok hails from Nova Scotia, Canada. He works as a Battle Master at 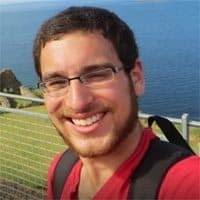 the Bannockburn Heritage Centre in Stirling, Scotland, and is compiling a book on Scottish castles. David lives in Edinburgh. All views expressed about the castles are entirely his own.