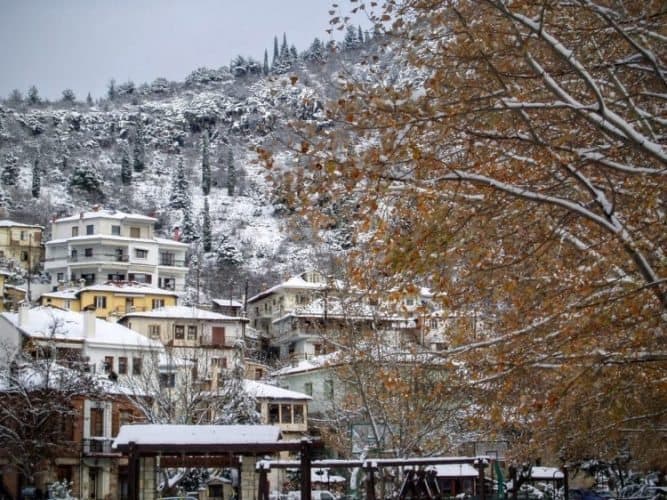 The Enchanting City of Kastoria 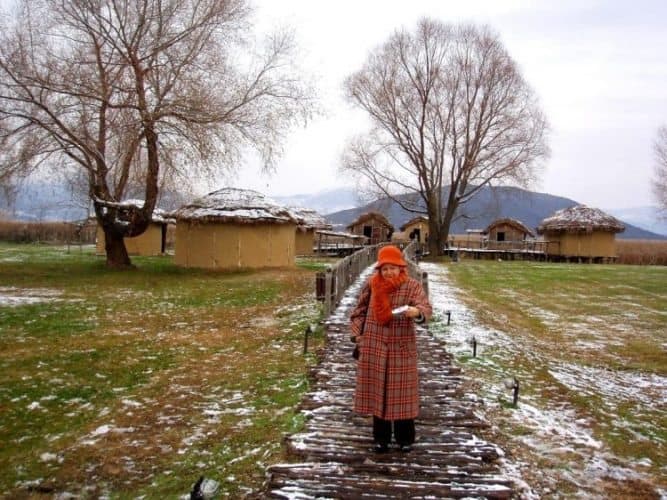 Known as bear habitat, Kastoria is located in the northwest corner of Greece, next to the borders of the country with Albania and FYROM.

Traditionally most visitors arrive during the Christmas period or the local carnival fest, which is annually organized from the 6th to the 8th of January.

The temperature in January and February can drop -15 degrees and the lake gets frozen. River party is another event with live concerts and camping site by the river Aliakmonas.

It takes place during the first weekend of August and also attracts thousands of people; mostly young adults with an alternative lifestyle philosophy.

Due to its biodiversity, the lake and the surrounding area have been declared as “Monument of Natural Beauty” by the Ministry of Culture in 1974 while integrated in the European Network “NATURA 2000” for the Protection of the Environment.

Number one recommendation is getting familiar with the popular mountain round. You can either, use a car, rent a bicycle or have the absolute experience by going on foot.

The route (8km) officially begins from the south side and it is basically a walk around the Orestiada lake until you reach the north side.

Half the way, you can make a stop Panagia Mavriotissa which is a beautiful church built in 1082. A thousand years old, great plane tree and peacocks are the area’s natural adornments. Fishermen and locals taking their leisure or recreational walk will be all along this coastal road.

Enjoy the nature’s peacefulness by sitting on a wooden bench by the lakeside, appreciate the refreshing shade offered by the trees and enrich your mind with memorable images.

Depending on the weather and if the atmosphere is totally clear, the reflections of the trees, clouds or moon on the lake will make your photo shoots extraordinary. Beside the rowing boats, you will get to see some old wooden boats, named plaves, which are still used by some old men whose favorite activity has always been fishing.

Both are packed with beautiful old mansions with an excellently preserved architecture which date back to the early 18th century. Some of them are renovated to be used as pensions,

Next, you can also take the boat Orestias to enjoy a tour onboard and admire the amphitheatric arrangement of the city’s houses with the roofs while navigating across the peninsula hosting beautiful Kastoria.

Wander around the city and enjoy a drink at the lovely coffee shops next to the lake.

Remember to follow the local’s rules: when in summer stay around the north side of the lake, as it tends to be cooler. During the winter, the south side of the city stays warmer and gets more crowded.

Kastoria offers the opportunity to travel back in time, actually in the pre-historic years (5.500 B.C.). Live the experience by paying a visit to the Neolithic Lake Dwellings’ Settlement, a real open air museum just 7 km away; in the village Dispilio. 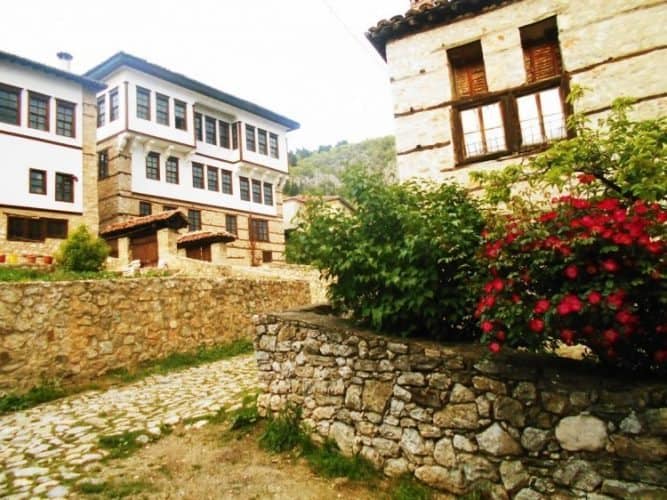 Next attraction, at the south entrance of the city, the largest freshwater Aquarium in the Balkans, is also worth visiting. Fish and other aquatic species of the greek lakes and rivers can be viewed within this two-story building exposing a rare ecosystem.

You certainly don’t want to miss out the Dragon’s Cave, which was discovered in 1954 with various paleontological remains found inside. Its greatest depth from the input level is 18m while the temperature averages 16 ⁰C. Carry on with the Museums: The Byzantine has been recently renovated and is considered one of the most modern museums in Europe.

The Folklore Museum and the one from the Macedonian Struggle have nice exhibitions of various old traditional clothes and antiques. Kastoria is well known for its Byzantine churches (counting more than 75 in total). Several of them are significant landmarks, i.e. Saint Stefanos, Koubelitiki and Saints Anargyri.

Look for the road up to Profitis Ilias and enjoy the fantastic view from the church’s courtyard. Continue up to the summit of Saint Athanasios. At the roundabout, there is a brief path leading to the mountain theatre; this is an amphitheater built like an ancient greek one which hosts multiple events during the summer period.

When you actually reach on to the top of the mountain, the mystery will be solved about how the city is built, whilst the view is indeed rewarding. On your way downhill choose a different route ending up to the south side of the city; turn right when you see the sign pointing to the hospital and you will be entirely astonished by the wonderful spectacle coming into sight in front of you. 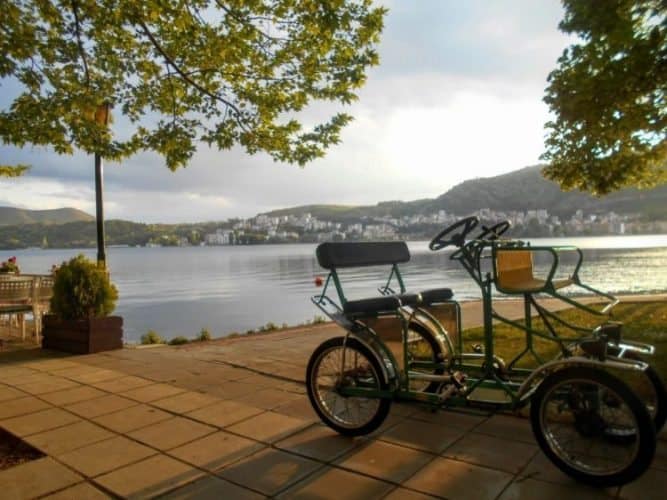 You will also find observation kiosks at just the right spots! Make sure you have enough space in your camera’s SIM card; it will absolutely go on fire with all the panoramic landscapes you can capture. Although, you need to be cautious as the road is a bit steep.

Another route revealing the beauty of the city is when coming to Kastoria from Maniaki and the north entrance. Should you choose this option, turn left to TEI (Technological Educational Institute) and continue on the road leading to Kallithea district. You will come across a marvelous tiny forest looking at both sides of the lake.

Last but not least, browse around the fur stores for souvenirs, since Kastoria has always been known for its fur industry and trade. Don’t skip the chance to buy the delicious local beans and taste the traditional cuisine.

And for the duration of your stay… have in mind that the ducks, swans and pelicans are waiting for you to feed them; wherever you encounter them, they are usually eager to eat any bread containing food you can drop towards them.

By air from Athens (www.astra-airlines.gr)

By car approximately 2 hours from Thessaloniki (buses also operating every 2 hours) and 1,5 from Ioannina (easily connected with Corfu airport).

For further details & information about where to stay and eat, or for pleasant hiking paths in town, please contact: elalexiou@gmail.com. Alternatively, excellent short breaks or longer trips within the region can also be suggested.

Eleni Alexiou comes from a beautiful small town named Kastoria (Greece). For the past 12 years she has been moving and driving all around Greece, working as a teacher.  Her studies cover the field of nutrition and physical activity and she is now attending a second undergraduate course in Mass Media Communication.  Visit her website.