An Arduous Hike Through America’s Most Treasured National Park, The Grand Canyon

If you asked Kevin Fedarko and Pete McBride exactly one year ago about their thoughts on completing a 700 mile “sectional” thru-hike of the Grand Canyon, you probably would have heard a very different story than had you asked today.

Now, just 90 miles short of finally concluding their trek and reaching Pearce Ferry, which marks the boundary between the Grand Canyon and Lake Mead, the two men have a lot to talk about.

Their story begins back in September of last year, when Fedarko and McBride, both journalists for National Geographic, heard about a 57-day hike being done by canyoneering expert Rich Rudow.

Amidst reports of the canyon facing imminent threats from tourism, mining, and the like, the intrigued McBride and Fedarko immediately signed on, unknowing of the perilous journey that lay ahead.

It was by day six that both men, dehydrated and in pain, withdrew from the trek and headed back to Flagstaff, a neighboring town.

McBride was later diagnosed with hyponatremia, an imbalance of water to electrolytes in the body caused by increased sweating and water intake, usually due to hot conditions. It would be another month, not until late October, that they would attempt the hike again.

The next time around, they were fully prepared for the arduous hike thanks to the help of Fedarko’s hometown contacts.

Fedarko said, “I live in Flagstaff. There’s a very close-knit community who are Grand Canyon people; hikers and river runners. They talked to us and took us under their wing. They designed a new route for us. They dropped the caches of food for us.”

Fedarko and Mcbride’s new trek would have them starting from Lee’s Ferry, on the north side of the Colorado River, on the far eastern end of the Grand Canyon, and eventually have them end at Pearce Ferry, hiking “in a roughly east to west fashion across northern Colorado,” according to Fedarko.

Of course, some changes had to be made to prevent the two from encountering the same problems as their first attempt. As McBride explains, “It was much hotter on the first leg than I anticipated. We were carrying so much weight. We reduced our weight in our packs and only carried one camera. We weren’t as ambitious in our mileage.”

The trek seems incredibly ambitious to a leisurely hiker, however. Fedarko and McBride cover 40 to 100 miles each section, which last about 2 to 3 weeks, respectively.

Every 6-8 days, they pick up plastic, watertight buckets of sealed food called caches, which have been previously placed in strategic locations along the Colorado river by their Flagstaff friends.

Consuming over 5000 calories a day, it’s imperative they both space out their food intake just long enough to reach the next cache, while still eating enough to maintain their energy; a delicate balance. As they are often “3000 feet to 5000 feet above the river,” accessing these caches involved “descending several thousand feet” to reach them, Fedarko explains.

Their water source comes directly from “small rock depressions that collect rainwater” states Fedarko, who
mentioned that during the night, the stars are so bright that “the Milky Way is reflected in these potholes” adding, “It almost looks more real than the sky itself. Like hundreds and hundreds of mirrors reflecting back the galaxy.”

While the Grand Canyon attracts millions of tourists per year, a much more minuscule amount of people actually decide to hike between its walls.

Less than two dozen people have completed the full “sectional” thru-hike that McBride and Fadarko have embarked on, and an even smaller handful, less than the number of people who have been on the Moon in fact, have done a “continuous” thru-hike.

As a result, trails only make up to about “10 percent of the north side” and “15 percent of the south side of the Canyon,” Fedarko reveals, “the rest is just bushwhacking.”

Forging their own Paths

Forging their own paths is, therefore, a strenuous, but necessary task. McBride elaborates, “We can’t follow the river, so we go wherever there’s a way. There’s no trail. Each person who does this does it differently.”

While it’s approximately only 270 river miles from Lee’s Ferry to Pearce ferry, that distance turns into over 650 miles while on foot, which involves treacherously hiking thousands of feet above the Colorado River.

Naturally, their bodies, legs, and feet especially, become marred over the course of each section. Without a proper way to cleanse their scratches and blisters, or even bathe themselves in general, the cuts are prone to infection. Fedarko clarifies, “It’s very hard to stay clean.

We try to use antibiotic cream and swabs, but it’s very hard to keep blisters from becoming infected. The cactus thorns also embed themselves through your shoes and into the soles of your feet.”

One of the most formidable aspects of the hike is a specific cliff known as Owl Eyes, which features two parallel indentations in its walls that form a skull shape. For McBride and Fedarko, this was the crux of their journey, and an intensely troubling one at that.

A young woman named Ioana Elise Hociota, an avid hiker and friend of Rich Rudow’s had tragically fallen to her death at that very spot just four years earlier. “We had to pass over the place where she slipped and fell” states Fedarko, dolefully.

It was the middle of February at the time of their crossing, and a vicious snowstorm had covered the slopes with an icy coating.

While their goal was to make it out before dark, the two spent the night instead, resuming their trek in the morning.

One of the reasons McBride and Fedarko originally set out on the hike was their concern over the increasing effort to install various attractions adjacent to the Canyon.

As a national park, there are many federal laws in place to protect it, however, developers have been searching for loopholes in this system, and some have found them.

The Escalade Tramway, for example, is a proposed gondola shuttle that would transport tourists from the eastern rim of the Canyon (along the Navajo Reservation) to the river’s edge, where they are hoping to build a massive retail complex.

While the vote for the tramway will take place at the end of September 2016, Fedarko expands, “The legislation that would essentially greenlight the project has been formally submitted to the Navajo council by a Navajo legislator. The four committees will review this and the council will vote on it. The Navajo president has publicly opposed himself to this, but their goal is to obtain a two-thirds majority to override him.”

More disturbing is the fact that the tramway is only one of the many threats towards the Grand Canyon at this time.

Others include a proposed resort takeover in the small, neighboring town of Tusayan, a mine drilling into the Canyon’s wells for uranium ore, operated by a company called Energy Fuels, and continuous helicopter tours being offered by the Hualapai tribe.

Fedarko notes, “It’s impossible to establish a hierarchy of importance. All these threats are equally as serious. They need to be looked at as a collective.”

He goes on to stress the importance of “the wonders of the park being cataloged and protected, and for people to know what the park truly contains.” 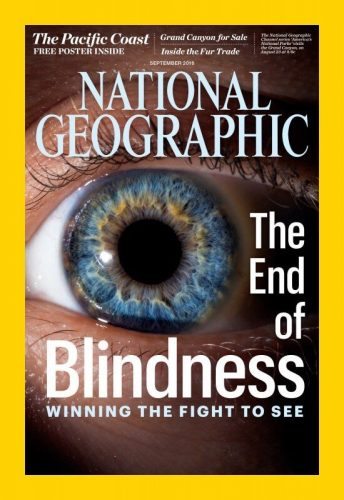 When asked to characterize the trip, Fedarko expressed “It’s the most difficult thing Pete or I have ever undertaken physically,” while McBride added that it was “more challenging by a factor of 10” than he originally expected.

However taxing the hike has proved, both men are incredibly grateful to have had the unique experience, with McBride stating, “The stillness and the quiet was the most beautiful thing. I’ve never experienced it in any part of any place in the world, and I’ve been to almost 70 countries.”

Fedarko agrees, “When you’re in the Grand Canyon, you are continuously experiencing physical discomfort. But you also experience sublime beauty. Those two things coexist.”

Update: On November 2, 2016, at approximately 1:30 p.m. local time, Pete McBride completed his sectional “grand walk” through the Grand Canyon, becoming the first journalist to achieve this feat. McBride says he walked roughly 875 miles by the conclusion of the journey. Kevin Fedarko will continue his last leg of the hike this month.

Stay updated on McBride and Fedarko’s continuing journey by following @pedromcbride on Instagram, and check out their story in the September 2016 issue of National Geographic.