Getting the Most out of a Visit to Mostar

The cultural and historical center of southern Bosnia and Herzegovina.

Mostar is widely recognized as the most beautiful city in Bosnia and Herzegovina.

It is rich in history and religion (natives are still very divided between Christianity and Islam) and there is plenty of exploring, hiking, and shopping both directly in Mostar and around the area.

The city is very tourist-oriented, so finding your way around is easy, but you still feel the very unique mix of Christian and Islamic culture everywhere you go.

Mostar is beautiful and relaxed in every season, although in the winter the old city is nowhere near as scenic as it can be in the summer. The beautiful hues and stunning panorama will likely be overcast or cold.

However, you will be able to avoid the organized tour groups that come pouring into Mostar over the summer and truly feel that you have this gem of a city all to yourself. Most of the bazaars and restaurants that line the main street are also open year-round, as are the hotels.

Mostar International Airport is less than 10 kilometers away from the center of Mostar, but as there is no public transportation, you must either rent a car or take a taxi.

There are many organized tour groups that are drawn to Mostar for religious reasons. Pilgrimages to the top of a mountain where there was an alleged sighting of the Virgin Mary, for example, are popular. But Mostar can easily be seen without a guide.

Public transportation is reliable and many locals speak English. Almost everything worth seeing in the old city is also within walking distance. However, there are several beautiful areas outside of the city such as Kravica Waterfall which require either a guided tour or a car rental.

Perhaps the most famous landmark in Bosnia and Herzegovina is Stari Most, a 16th-century bridge originally constructed for the convenience of travelers and tradesmen.

Today, it is considered a beautiful example of typical Islamic architecture. Unfortunately, the bridge is now a recreation as it was destroyed in 1993 during the Bosnian War, but it has been rebuilt and is still considered an icon of the old city.

During the summer, you can watch local divers plunge into the icy river below (once they collect about 40 euro from surrounding tourists) or simply walk across, a slight challenge in itself as the steps are slippery and built in the old style.

For a stunning panoramic view of Stari Most, visit Koski Mehmed Paša Mosque. Here, you can enter the magnificent 17th-century mosque and for about 6 euros climb the minaret for a thrilling view. But it’s not for the faint of heart; the stairs are tiny, winding, and very claustrophobic.

12.8 kilometers away from Mostar stands the Blagaj Tekija, a historical Dervish monastery built around 1520.

It is both incredibly scenic and a wonderful experience for those who are not familiar with the culture. Both men and women are required to remove their shoes before entering, and women’s head, knees, and shoulders must be covered (scarves are supplied by the door, and they will even help you tie them).

After looking around, you can savor traditional Bosnian coffee, baklava, and other specialties at the tiny cafe while enjoying a view of the monastery and the river that flows next to it.

If you have at least several free hours in Mostar, Kravica Waterfall should be your first choice. It’s about 50 kilometers from Mostar, so you will either need to book a tour or drive, but the ice-cold water feels perfect and refreshing on a hot summer day. If you would rather avoid the crowds, plan on going earlier in the morning.

There are several cafes and restaurants around the waterfall and most offer wifi. Kayak rental is also available if you wish to paddle around and explore on your own.

Thrill-seekers will be happy to find there is a large boulder near the waterfall popular with cliff divers, but the waterfall is also perfect for just lounging about and taking breathtaking pictures.

Visit Medjugorje, an important religious site in Bosnia-Herzegovina. About 25 kilometers from Mostar, you can climb the mountain where the Virgin Mary is said to have appeared several times or attend mass at Saint James Catholic Church. Mass is held twice a day and in several different languages, including English.

The main street of Mostar is lined with cafes and restaurants with a spectacular view of the old city where you can have anything from goat to traditional Bosnian coffee. Visitors are prone to linger over their meals and watch other tourists go by.

Although the Bosnian war ended in 1995, Bosnia-Herzegovina is a very safe country. No special shots are necessary to enter.

Bosnia-Herzegovina uses the convertible mark as currency. Although there are no banks directly in the old city, there are several ATMs, and cash is preferred and sometimes the only thing accepted at the small bazaars and restaurants. 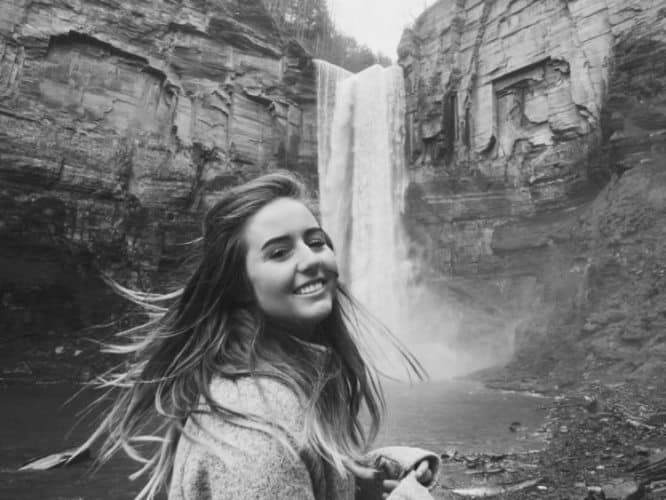 Isabel Colf is a freelance writer who lives in Hungary. She plans on a lot more travel in the future.