What’s New for Travelers in Slovenia

In 2020, Slovenia is celebrating its history. This year marks thirty years since Slovenia became an independent state. To celebrate this historic milestone, the Bank of Slovenia will be offering commemorative coins.

Slovenia is also taking a new approach to tourism by emphasizing their culture’s various foods. Instead of sit-down restaurants, Slovenia wants tourists to enjoy local wines, meats, and cheeses while they are outside and exploring.

The small European country, nestled between Croatia, Austria, and Italy and often overlooked as a vacation spot, was crowned the European Green Capital of 2016. The honor is given to a European country that establishes itself as a leader in sustainability, natural attractions, and eco-tourism.

Slovenia is the first and only country in central and southeastern Europe to ever receive the title. 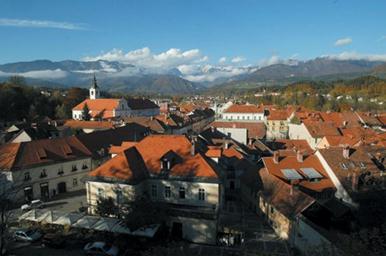 The honor was hard-earned, and many of the changes implemented by the country and its capital city, Ljubljana, over the past decade have made it an even more magical destination for visitors. The capital has 542 square meters of public green space per resident, one of the highest ratios of any European country.

A recently redesigned Ljubljana city center and a slew of new, clean public transportation options make the city a great destination for travelers.

Though the small country may be recognized for its commitment to sustainability, and an instant draw for the eco-conscious traveler, Slovenia boasts a host of other exciting opportunities for travelers of all ages and backgrounds in 2020.

Appropriately, the color green is often the first thing to catch your eye in Slovenia, as more than half the country is covered by forests. The country occupies the diverse and beautiful land between the Alps, the Mediterranean, and the Pannonian plain, and every inch of it has paths for hiking, biking, and exploring.

If this beautiful country comes up on your must-see list, here are some of Slovenia’s best, don’t miss natural offerings.

Triglav National Park is Slovenia’s only national park, but what they may lack in quantity is infinitely made up in quality. Triglav lies in the middle of the Julian Alps, a true gem of a park that showcases the country’s best natural features. It got its name from Slovenia’s highest mountain, Triglav, which stands 2,864 meters high.

Countless natural and cultural features are dotted around the diverse, Karstic mountain terrain with its picturesque mountain peaks and valleys. There is ample opportunity for activities in the natural environment and for active leisure time.

The Museum at Castle Bled


The oldest castle in Slovenia, Castle Bled rises nearly 130 meters over the glacial Lake Bled. The museum located in 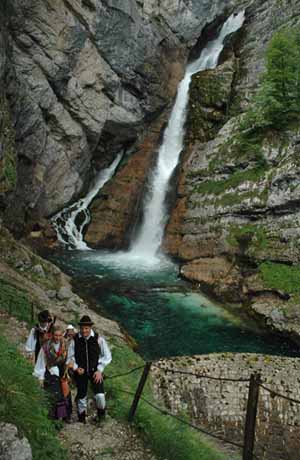 the baroque rooms of the castle takes visitors on a journey celebrating the eventful history of Bled from the time when the first settlements in the area appeared to the present day.

The furnishing of the museum interprets settlement culture over different eras.

Postojna Cave is a network of 20 kilometers of passages, galleries, and chambers of which experienced guides have accompanied more than 35 million visitors in the last 190 years. It is the largest cave in the “classic Karst” and the most visited cave in Europe. In 1872 railway lines were laid in the cave; electricity arrived in 1884.

Today you can begin your visit aboard the cave train; the electric lighting allows you to admire the size and splendor of the underground world where the geological past is recorded in a unique manner.

The Tolmin gorges are the lowest and southernmost entry point into the Triglav National Park and Tolmin’s most important sight of nature. Here visitors can enjoy a dip in thermal hot springs, explore caves, and traverse the famous Devil’s Bridge.

Mozirski Gaj is a park filled with beautiful gardens of flowers. Besides thousands of different blossoms of lively colors which inspire visitors during the warmest parts of the year, the paths amongst the greenery lead to a farmhouse, a corn loft cottage as a reserved property, a mill, a blacksmiths shop, and other attractions which tell about the history and culture of the region.

Bohinj Lake has numerous inflows, the most important one is the Savica. Its water bursts from the underground of the Dolina sedmerih jezer (The Seven Triglav Lakes Valley) in the walls of Komarča as Savica Waterfall, which is the most famous Slovenian waterfall.

Slovenia is a country that looks straight out of a fairytale. With its majestic snow-covered mountains, rolling fields of green and flowers, and quaint villages, it is a destination that should be on your list.

Slovenia should be a prime destination for travelers to go to, as the country’s recent efforts have made it a fun and easy place to visit. With its many unique events and attractions, Slovenia should absolutely be considered for your next European getaway.