This is Shanghai: Making Sense of a Chinese Megacity

What it’s like to live in Shanghai, the world’s most populous city 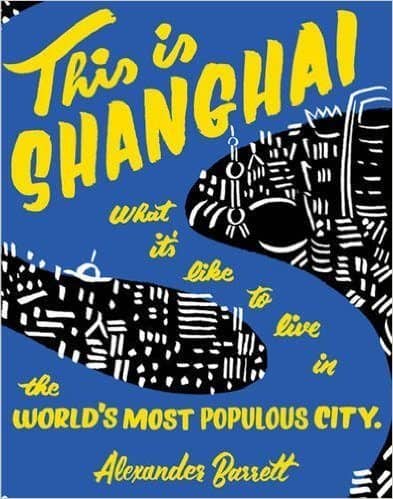 Alexander Barret, a writer and illustrator, gives a first-hand account of living in Shanghai, China in his book, This is Shanghai, What it’s Like to Live in the World’s most Populous City. Unlike other guidebooks that will only tell you where to go, Barret will tell you what you will see, feel, trip over, smell, inhale, touch, bump into, run into, and taste on your way to your way to your destination.

This book is a call to its readers to step outside of themselves into a different world and into potentially uncomfortable but life-changing and enriching experiences. Shanghai is simply not like other cities in the world–in scale and in the number of neighborhoods.

Barret’s previous book, This is Portland, a City You Have been Told you Should Like, sold 18,000 copies in its first year. He also has a number of illustrations and humorous online videos. While Barret considers himself to be rarely successful his work can be found in bookstores, on the internet, and televisions across North America and China.

Some Excerpts from the Book:

Well, when you walk down the street you are going to bump into people. You will catch an elbow here, a hip check there. Sometimes for a split second, your entire body will be touching another person. And it won’t be because they’re angry or they’ve become intensely attracted to you all of the sudden.

It’s only because the space in which you currently exist has been overbooked.

There are so many people that somebody’s elbow has to be in the same space as your stomach right now or else Shanghai will burst.

If this old woman cannot lean on your back, a man on the edge of the dock will be pushed out to sea.

And when you finally get through this sea of humanity make it to your apartment building, and manage to shut the door without seriously injuring anyone, the sea will still be there. Pressed up against your door. Just smoking, talking, living their lives, waiting for a little more space to open up.

In Shanghai, pajamas are a way of life. If you’re not going to work or out to dinner, they are considered appropriate attire. Children wear them in the lane, twenty-somethings wear them down to the noodle shop, middle-aged people wear them while chatting with friends or playing mahjong, and elderly wear them everywhere, all the time.

These aren’t your everyday PJs. Wearing a pair is like wearing a suit made out of quilts. As they usually feature very loud patterns. The visual equvilant of a strobe light.

The Beauty of a High AQI

Shanghai’s air pollution is, for the most part, awful. But there’s one thing that almost, not really but kind of, makes it okay:

Pollution is the ultimate diffusion.

You walk out of the house in the morning and all of the sudden your bathed in perfect, magical light. So soft, so warm. All you have to do is grab anyone and ask them to take a picture of you. No matter what camera they use you’ll look like a million bucks.

When the pollution is just right, it’s twilight all day long. It’s a painting of the city, not the real thing. It’s beautiful but you can only live in it for so long.

Eventually, you’ll look into the sky and think: “Wait how am I able to stare directly at the sun? Why don’t my eyes hurt? Isn’t it supposed to be bad for me? Oh yeah, there’s a couple miles of dust in between us. I should go inside and never come out again.

As I write this, the AQI has hit 300. It’s nighttime. And the light from the LEDs of nearby skyscrapers is captured in a haze. My apartment is surrounded by blue and pink clouds.

I no longer live on earth. Thanks, pollution.

When I showed up in Shanghai, my friends told me to get an Ayi. I thought it was too extravagant. I couldn’t imagine that I’d have much for her to do anyway. Then, the HR department at work encouraged me to hire one to support the local economy.

So I have an Ayi. Her name is Shao. And she is not really a maid. She is a grandmother-for-hire.

Shao’s English and my Mandarin are well, terrible is a strong word, but let’s go with it anyway. We communicate with me pointing at things and her not really knowing what I mean. SO I just leave, and when I get home the thing I wanted her to do is magically done anyway.

She cleans my apartment, does my dishes, makes my bed, pays my bills, buys me food, and cleans my sneakers. I didn’t even know sneakers could be cleaned. At this point, I’m just begging, but this a beautiful part of living in Shanghai.

Maybe a more modern regimen is right for you. If so, just head to the courtyard of your apartment complex. There, you’ll find your peers going crazy on the most colorful exercise equipment you’ve ever seen. They are a public service. It seems like there are more of these exercise areas for the elderly than there are playgrounds.

No, these devices don’t offer any resistance, but you’ll be twisting, turning, swinging, and getting that blood flowing for the day. Also, you’ll be wearing your pajama’s because aren’t you always?

There’s no need to sign up because their groups are not organized. One day someone brings a boombox to a park and a new class is born. There’s no money involved, only love of movement.

To learn more about the book, check out, Alexander Barret. His first-hand account of living in Shanghai will show the reader how to, “become a fish,” in one of the world’s most populated cities. 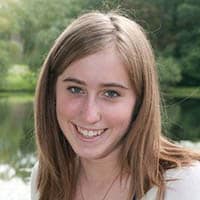 Kristen Richard is a graduate of Umass Amherst. When Kristen is not writing she enjoys photography, running, biking, horseback riding, and finding new places to go.