Oh, Florida! A Roadtrip that Proves How Strange The State Is

No U.S. State Has More Weirdos than Florida

” That name. That combination of sounds. Three simple syllables that pack so many mixed messages. To some people, it’s a paradise. To others, it’s a punch line. Oh, Florida! Shows, it’s both of these and, more important, it’s a Petri dish, producing trends that end up influencing the rest of the country. Without Florida, there would be no NASCAR, no Bettie Page pinups, no Batboy, no USA Today, no “Stand Your Ground”…you get the idea.

To outsiders, Florida seems baffling. It’s a state where voters went for Barack Obama twice yet elected a Tea Party candidate as governor. Florida is touted as a carefree paradise, yet it’s also known for its perils – alligators, sinkholes, pythons, hurricanes, and sharks, to name a few. It attracts 90 million visitors a year, some drawn by its impressive natural beauty, others bewitched by its man-made fantasies.

“Oh, Florida!” explore those contradictions and shows how they fit together to make this the most interesting state. It is the first book to explore the reasons why Florida is so wild and weird and why that’s okay. Florida couldn’t be Florida without that sense of the unpredictable, unexpected, and unusual lurking behind every palm tree. But there is far more to Florida than its sideshow freakiness. “Oh, Florida!” explains how Florida secretly, subtly, influences all the other states in the Union, both for good and for ill.

“There was nothing to talk about anymore. The only thing to do was go.”   “On the Road” by Jack Kerouac, who finished editing the book in Orlando, and also wrote “The Dharma Bums” and other works while living in Florida.

When I was teaching my teenager to drive, one thing I made sure he practiced was how to maneuver through a road that’s under construction.

“You need to know this because, at any one time, half of the roads you’ll drive on will be under construction,” I said, inventing a dramatic statistic just to make sure he paid attention. “And then when they’re done with those, the road crew will begin work on the other half.”

Despite my made-up percentage, the fact is that a lot of the state’s roads are under construction a lot of the time. Sometimes it seems like no matter which party controls the governor’s mansion or the legislature, the most powerful man in the state is the owner of Bob’s Barricades.

Bob’s Barricades, in case you’re unaware of it, is the largest privately-owned traffic barricade company in the United States, and it is based in Florida. Every driver in Florida knows the name because all the barricades provided by Bob’s Barricades have “Bob’s Barricades” printed on them, and so we get to study them at our leisure while trapped in traffic.

Of course, the owner of Bob’s Barricades is not named Bob. His name is Happy. A local newspaper ran a story about the company under the wonderful headline: “Happy Is the Man Behind Bob’s Barricades.” Happy has been in the barricade business nearly forty years – much longer than Bob the ex-cop, who sold the business decades ago.

People complain about the lack of seasons in Florida, but you can always tell when fall arrives because there’s an increase in Bob’s Barricades lining the highway. Instead of piles of leaves, we have road crews languidly waving you to a stop. Major road construction begins in the fall because the rainy summer has ended and the contractors know that they can count on dry weather for the next several months.

Of course, fall is also when a lot of snowbirds land back there from the North or Canada. They stay three or four or five months, and they tend to drive a tad slooooooowly. If you’ve driven in Florida in the fall and winter, you have been behind their cars, which all travel a minimum of three miles with their left blinker on before turning right. They’re usually doing 15 in a 35 mph zone. Get behind one of these slowpokes on a two-lane road with more traffic stacked up behind you, and you have experienced what is known as a Florida Parade. All that’s missing is the marching band.

Such traffic tie-ups can drive you over the edge, especially if you’re trying to get home from a long day at Disney or SeaWorld or Universal. California is notorious for its car-based culture, but Florida is just as addicted to the pavement. Sometimes I think our state motto might as well be “Florida: Asphalt Über Alles.” (Other times I think it should be “Florida: Where Are My Pants?!”)

Our car-centric culture leads to lots of stories about Florida drivers doing wacky things while behind the wheel to save time. My favorite is the one about the woman in the Keys who, while on her way to see her boyfriend, asked her ex-husband – yes, he was in the passenger seat – to take the wheel.

She wanted to look nice for her date, so while her ex was steering, she got out a razor to shave what news accounts later referred to as her “bikini area.”

It did not end well. 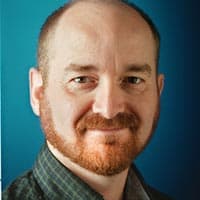 Craig Pittman is an award-winning reporter and columnist for Florida’s largest newspaper, the “Tampa Bay Times”. He is a native Floridian who has written three previous books about Florida topics. In 2013 he wrote a popular blog for Slate called “Oh, Florida!” which became the genesis for this book, and which led to multiple appearances on TV and radio discussing why Florida is so odd and entertaining. He lives in St. Petersburg with his wife and two children.

Emily Johnson is a journalist from Burlington, Mass who has lived in Seville, Spain, and Río Piedras, Puerto Rico, and hopes to continue her travels around the world.