France: A Family Weekend in Charente

The Bowman clan, as we call ourselves, are a road tripping family.

We’re strategically based in Northern Spain for quick access into France and continental Europe. Proximity to the border allows us to satisfy road trip impulses to destinations dreamed of, but unknown.

We’ve sped through the French countryside on our way to Paris, Berlin or other parts, countless times. On these drives past fields and hilltop villages, I pin idyllic spots on my iPhone map for a future return.

Reviewing the map one day, I noticed a cluster of pins in the same area: the region of Charente in Southwest France. With beautiful spring weather and a long weekend coming up, I planned the next family road trip.

If you Google Charente you’ll find that geographically, it’s huge. Travel websites mention a handful of larger cities with the prerequisite “must visit” cathedral or “picturesque” fishing village. 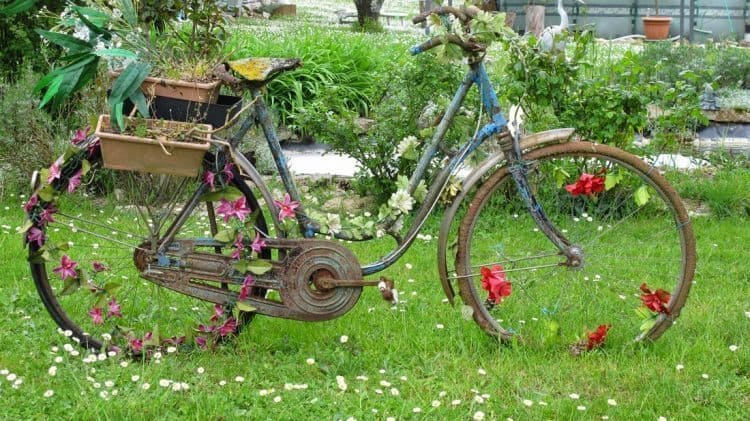 But the Google search for information about my digital map pins in the region amounted to nothing. No landmarks, no mentions of typical travel clichés like “quaint, charming or not-to-be-missed”.

I found a cooking school in the area — an American chef in Charente. I sent an email to this American and decided we’d pack up and spend a long, family weekend exploring Charentes, to see what all the nothing was about.

We departed Spain early to arrive at a village named Charmé by mid-morning for our scheduled market tour and lunchtime cooking lesson.

Driving through the area I realized why I pinned it on my digital map. Green, rolling fields with geometric swaths of bright yellow flowers ran for what seemed like infinity. Winding one-lane roads flanked by tall, graceful trees led over the hills to nowhere.

The iPad battery was running low and the kids, getting progressively restless, interrupted my mental wandering. “Mom, are we there yet?” they asked. Oh, the age-old question of getting there.

Do we learn that question in preschool, along with sharing, writing our name and obediently eating all our animal cookies? “Yes, we are here!” I excitedly proclaimed. The family’s reaction was underwhelming. “This is it? There’s nothing here,” my husband said.

Nothing? The colorful scene before us had been the subject of my children’s drawings and paintings for years. Don’t kids dream of sunny days, flowers and open fields? This beautiful place is something.

The mood lightened as the winding road led us up a hill, past greeting horses and into a beautiful stone village. Driving through the narrow, walled-in village was a relief to my kids and husband. It was as if the village walls held them safely like a hug, while the open space of just a few minutes earlier, created the feeling of something alien and dangerous to avoid.

Standing in front of a beautiful stone house was an impossibly tall man — the American. As we exchanged greetings, we learned that the American’s name is Graham, founder of Chez Gautier Cooking School. Graham spends half the year in San Francisco as an executive chef and the other half in Charmé hosting food and cooking tours.

The tour started right away as we hurried off to the morning markets searching for the latest, local oysters, bread, cheeses and other artisan items to prepare back at what Graham lovingly called his “ruin”.

At the ruin, a beautiful but rustic, converted 16th-century stable with tall post and beam ceilings, Graham guided us through food preparation. The kids would wander off to play in the field while the adults drank beer, listened to jazz and practiced at the art of shucking oysters. The girls would occasionally check back to watch us pop open the oysters, more deftly each time, hoping to spy a black pearl in one of them.

The lesson, food preparation, and subsequent lunch were a treat. Delicious courses came together in a kitchen lacking state-of-the-art gadgets like crème brûlée torches or electronic bread makers. We took cues from the simple surroundings to create easy, rustic dishes.

In typical French fashion, lunch rambled on for several hours, with more and more courses prepared spontaneously after devouring the previous. The food of Charente is perfect for kids. Simple, quality ingredients like poultry, delicately flavored white flesh fish, potatoes, and bread are prepared and served, free of complicated sauces and unrecognizable spices. No “I’m bored” was uttered during this slow lunch, thanks to Graham’swell-timed requests for the girls to go forage for dandelion greens, wild strawberries or walnuts off the tree outside.
Pineau, Nazis and Bonbons

After the novelty of eating wore off, we took a long hike through the countryside. On our walk, we met Graham’s neighbors, Jean Moreau and his wife, Genevieve. The Moreaus live in a large manor just a short walk from Graham’s “ruin”. They own most of the land and villages in the area, like modern-day French nobility.

The Moreaus invited us into their home and served us Jean’s personal, bottled pineau, a potent wine liquor produced from the grapevines he planted 40 years ago. The girls ate chocolate bonbons politely and in typical free-roaming-child fashion, would disappear to a neighboring farm to visit the cows and livestock.

A highlight of the visit with Jean was his story of how the German town of Baustert became Charmé’s sister city. Charmé and much of the region was occupied by Nazis in the early 1940s.

Although life for the villagers was oppressive and dangerous, certain Nazi soldiers were kind and kept the children and villagers safe from their more brutal Nazi comrades. Some of these surviving soldiers and their families from Baustert are guests of honor at a formal meal held in Charmé every other year.

We spent the next morning in the relatively busy village of Aigre. The main road has several bakeries offering the best, oversized croissants we’ve ever tasted. Much to the delight of the girls, the season called for the croissants to be stuffed with large, ripe apricots that were perfectly sweet and tart.

We gave the kids some pocket change and let them explore the farmer’s market while we watched from a neighboring café. The girls debated whether to buy candy, but in the end returned with handfuls of carrots and apricots for the cows and horses.

A villager suggested we see the ancient dolmens a short drive away. We made a final stop at a boutique called Chez Mathilde for local soap, jars of truffle mustards and enough condiments for any respectable chef-in-training, before driving off in search of the dolmens.

Dan Brown and a pile of Rocks

The ancient dolmens are giant rock tombs. They are not as remarkable as Stone Henge, but the kids were hooked on these mysterious, 5000 year old stone formations. Curiosity ruled as we enjoyed a sandwich picnic under a tree while the girls climbed the slabs and wondered how humans with no power equipment were able to move and assemble the giant, heavy rocks long ago.

By late afternoon, we enjoyed a sunset at the Medieval Cemetery nearby where Templar Knights are buried. Each sarcophagus has a unique sword relief carved on the stone. The children had many questions about the Knights. Years of reading Dan Brown paid off! We were able to spin a fantastical web of Templar Knight stories about wars, treasures and the Holy Grail worthy of a novel.

It was unusually quiet and heavy in the car as we left the fields we trepidly arrived at some days earlier.

An hour later, our 8-year-old asked for her road trip companion, the iPad. We realized that there were no requests for wi-fi or electronics until that moment! The kids were blissfully distracted all weekend by life itself. The twice daily routine of visits to their Charentais animal friends, wandering and eating well all day, followed by the nighttime legend of Templar Knights that lulled us all to sleep left us with no time for anything else.

“Well, what did you think about our road trip?” I asked her before she donned her headset to wander into a private electronic universe. “It was awesome, mama,” she said. “Let’s do nothing in France again sometime!”

The region of Aigre-Charmé is 40 km north of Angouleme, accessed by the N-10.
Pastis at the cooking school.
There is a varied selection of hotels and bed and breakfasts less than an hour away in the larger town of Angouleme, as well as the coastal area. For a quiet, local experience, book a gite, or home, in the traditional stone facade style, for less than $100 per night. 2 or 3 lodging options we liked:

To schedule a cooking class with Graham Gathright:
website

Pineau de Charentes is a local wine liqueur, similar to sherry and port, made by barrel aging a blend of local grapes and cognac. The liquer will become finer the longer it is barrel aged. Pineau that is aged more than 10 years is the most sought after and is classified as tres vieux pineau.

Available as a red, white or rosé, it pairs well with sharp cheeses and foie gras. Served chilled, the Charentais will sometimes add sparkling water to create a lighter, bubbly version. Although most pineau is consumed locally, there are increasing numbers of distillers exporting it to the US.

Cynthia Bowman is a freelance writer and global traveler with a husband, two kids and a dog in tow. She lives in Spain. Follow her travels at www.joyjournist.com

Love France? Get our France Plane Reader with dozens of stories like this to go, on your Kindle. Only $2.99!