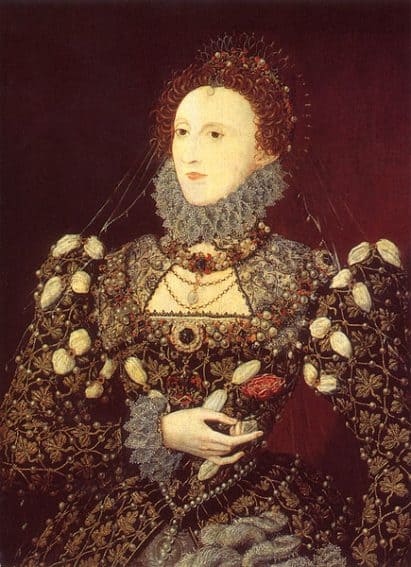 What do you need to know in order to make it in Elizabethan England?

The Time Traveler’s Guide to Elizabethan England by Ian Mortimer will tell you everything you need to and want to know. Chock full of historical information, interesting tidbits, and fascinating, little-known facts, this book will make you wish you could actually travel back to the Elizabethan era. Because now you are so well prepared for it!

Everything from traveling through Elizabethan England to the specifics of etiquette, religion, what to wear, and where to stay, just about all you could need to know is covered. Even what you could get sick from, or how you could get in trouble with the law. Mortimer has thought of everything.

Transportation in Elizabethan England: Excerpt from the Book

The use of the word “road” as a noun is an Elizabethan invention, occasionally to be heard from the 1560’s onward. The terms “highway,” “path,” “lane,” “street,” and “way” are more normally used. Nevertheless, whatever you call them, roads themselves are among the oldest parts of the man-made landscape. Many of the routes in use date from Roman times.

Even in a city, whose houses are rebuilt over and over again, the twists and turns of ancient paths lie like ghosts between the changing structures. And transport along these roads is similarly unchanging.

Standing at a town gate on market day you’ll still see hundreds of people approaching–driving cattle or sheep, leading carts laden with sacks and crates, or walking with baskets on their arms or on their heads (holding it in place with a wreath of hay).

In the royal household, coaches are referred to as “close cars” (“close” meaning “enclosed,” as opposed to open to the elements). Most Londoners refer to them as caroches–a corruption of the Italian carrozze, which are stately carriages for the very wealthy.

Initially, the task of making the royal close cars falls to the royal wheelwright; but in 1569 it goes to a designated “coachmaker,” William Rippon, who has been producing coaches for the aristocracy for several years.

The queen has four made for her between 1578 and 1586; they all have timber bases with iron frames forming the superstructure, sides of leather, and linings of linen, and brightly painted cerecloth. They have locking doors, for her majesty’s security.

When the queen goes on a royal progress, she may have between three and four hundred carts and wagons with her, using up to twenty-four hundred horses; but her own presence consists of her personal coach, a spare one (if the first should break down), and what we might call the “royal convenience” coach, containing a close stool (portable toilet) in case the queen or any of her ladies in waiting is caught short when traveling.

The State of the Roads

The driver who refuses to drive his cart along a certain road is not just being precarious. Roman and medieval roads were intended for people with animals on foot, not for coaches with iron-tired wheels. According to William Harrison, “In the clay or cledgy soil [the roads] are very deep and troublesome in the winter half.”

In towns, too, the vast majority of roads are not paved. Gravel is put down at the worst-affected junctions to soak up the mud, but otherwise, carts must pass over deep ruts of dry mud or soft wet soil.

Any extant stones of Roman paved roads near the surface are likely to be more of a hindrance than a help for a coachman.

Landowners are tenants of land bordering on the highways are meant to maintain the ditches which drain the roads but they do not always do so.

Once soaked by a blocked drain, the road quickly turns into a quagmire.

Driving a coach or cart through a town is just as hazardous. Many people have nowhere to stack firewood other than in the street, sometimes under the eaves of their houses but sometimes partly blocking the way.

Many towns have bylaws forbidding this; nevertheless, it is a perennial problem.

Crates, branches, trunks of trees, broken wagons awaiting repairs, split timber, barrels, troughs are all likely to be found in the streets. People dig in the roads for sand or clay to daub their wattle buildings and leave great holes.

Sawpits, often more than six feet deep are no less dangerous, especially where dug directly beside the road so that the large trunks can be easily offloaded. People are fined for digging wells in or just beside the highway; in 1573 a servant girl of Rettendon falls into a roadside well and drowns.

You will need a horse if you intend to travel along the roads of England. It is all very well saying that you don’t mind walking and would quite like the exercise-many people do walk the length and breadth of the country–but you will soon see the reason in having a mount. It has less to do with energy expenditure than status and keeping clean.

Gentlemen and ladies do not walk along the highways: they either ride or are carried in a coach. The only other option is a litter. This is a compartment or carriage supported on two long poles. In towns it might be carried by servants: some women use them for shopping in preference to a coach, being easier to maneuver in the streets of a city.

Traveling any distance, however, will require you to have a horse harness for the litter. Although old-fashioned in comparison with the coaches, they are still in use among the aristocracy.

Buy The Time Traveler’s Guide to Elizabethan England on Amazon. 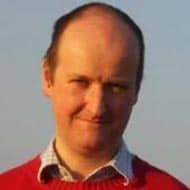 Ian Mortimer is a British author of historical fiction and historian best known for his book The Time Traveler’s Guide to Medieval England.

Love England? Get our England Plane Reader for dozens of stories about the UK for your Kindle, or iPad.