Staying At the Post Office Hotel in Norman OK

As a freelance journalist, I’ve been to Europe, Canada, Mexico, the Caribbean and across the U.S., all as a solo female traveler.

My two main considerations? Safety and the bang for the buck. Sadly, these factors are often mutually exclusive.

I remember checking into a Venetian hotel that looked great on the Web, but once there was confronted with not only leaky plumbing but rickety door handles and a window over a canal with no lock at all.

Across the piazza I fled, to the Best Western (yes, even in Italy!), which though more expensive was at least secure. Sometimes you really do get what you pay for.

And OK, I admit it: I’m a mighty discriminating guest: If the comfort or safety of my room is below par, or the breakfast not as advertised, I won’t hesitate to let management know and make a mental note never to darken that hotel chain again.

(Take the supposedly three-star “resort” in Reno with the do-it-yourself waffle machine as the “free hot breakfast,” the maid who loitered suspiciously outside my room, folding and refolding the same washcloth, and my view of both a Dumpster and a noisy motorcycle repair shop … and keep it far, far away from me, thank you!)

That’s why my latest discovery – on a road trip through America’s heartland – had me shaking my head in wonder: Could a postal workers’ conference center south of Oklahoma City really be firing on all cylinders of my inner search engine?

A comfy bed with a fluffy duvet and a bath with large towels and designer toiletries? Free WiFi? A TV with HBO? Safety and security? Location, location, location? And, at a price that left enough in my wallet to go out to dinner?

The answer, resoundingly, is yes, pushing the improbably named NCED right to the top of my list of all-time favorites.

When I was planning my trip from Florida to California, I knew I wanted to hug Route 40, which is like a belt across America’s midsection. I’d already booked a stop in Atlanta and Hot Springs, Arkansas, and was staying with friends in Albuquerque, but Oklahoma presented a big, fat question mark.

As a child, my parents and I would drive back East every year from our Arizona home to our Maine cottage (being teachers, they got the summer off), and I vaguely recalled that section of the ride is not much more than miles and miles of Great Plains.

It wasn’t until I started to research Oklahoma City and its suburbs that I became interested, and then downright excited. There seemed to be a lot to do there.

But while Googling the hotel chain offerings, an interesting possibility caught my eye. I switched over to TripAdvisor, which posts honest-to-goodness guest reviews, unfiltered by managers’ wishful thinking. A hotel called the NCED consistently got five circles (TripAdvisor’s version of star ratings) on such things as amenities, cleanliness, service and location. Hmmm, I wondered: What IS this place?

Turns out the NCED (the decidedly unsexy acronym for the even unsexier-sounding National Center for Employee Development) is a training facility for the U.S. Post Office – who knew such a place existed, especially in the heart of the heartland?

But when you think about it, it makes sense: Norman, Okla. (about 20 miles south of the capital city on I-35, and home to the state university), is about as centrally located as a U.S. city can be, and as such, ideal as a mecca for workers from across the country.

Clicking on its website, I also learned it’s the largest hotel in Oklahoma. The six-story, 445,000-square-foot facility houses 996 guest rooms, along with a food court, a lounge, fitness center, game rooms, gift shop and even a health clinic.

The place looked huge, and the rooms looked nice, but what really got my attention were two salient features: a) the room cost less than $90 per night — $88.68 with my AAA discount — and included an all-you-can-eat, cooked-to-order, actual hot breakfast, and b) was accessible only through a guard gate that is manned 24/7! Sweet, I thought, and immediately booked a room.

OK, the thought of mingling with down-on-their-skills postal workers wasn’t high on my priority list, but as it turned out, I had nothing to fear.

The guard at the gate was as friendly as could be, the ducks that waddled around the parking lot cute and harmless, and when I entered the spacious lobby – more like an atrium, with high ceilings and lots of natural light — the clerk was equally helpful, providing me with a map, a ticket for breakfast and a brochure describing the property.

And it got better: My room on the sixth floor, though hidden in miles of corridors, made me giddy with contentment. Yes, the postal service logo is everywhere – on the doors and the desk, and they even use flattened Priority Mail cartons as a pillow holder in the closet!

And the size might have been a factor for a party of four. But the bed was supremely comfortable, the furniture – which included a leather recliner and flat-screen television — as modern as a W hotel in the Big Apple, and the bathroom was stocked with Aveda toiletries.

What more could a person want? Well, dinner.

After settling in, I decided to explore downtown Norman. Though I could easily have made the half-hour trip to Oklahoma City for a taste of its fabled nightlife, after driving all day all I wanted was a cold beer and a hot meal.

At The Mont, a cozy campus haunt near the University of Oklahoma, I got all that and more. Located in a historic building at the corner of Classen and Boyd, the unpretentious eatery was packed with students, parents and professors.

TVs in the bar area were tuned to a major-league game, so I got to enjoy watching my Tampa Bay Rays beat the Yankees while polishing off a pulled-pork Cuban sandwich, which, while unorthodox by Florida standards, was delicious, huge – and cheap!

In the morning, after a restful slumber and invigorating shower, amazingly I found I was hungry again. I ventured down for my free breakfast in the cafeteria, where I mingled with the postal workers – many of whom seemed to know each other from previous training sessions.

The enormous buffet line included the usual fruit and cereal, coffee and juice, bagels and toast but also eggs scrambled with ham and cheese, and omelets made to order. Best of all, my private table overlooking a greenery-laden courtyard seemed like it belonged in a five-star hotel.

It made me wonder how many others like me had enjoyed the (rather secret) amenities of the NCED? “Plenty,” said Yves Badaroux, a gracious Frenchmen who has been general manager there for the past eight years. Before that, he spent 11 years with Marriott in Houston. (The NCED is managed by Marriott but is not a Marriott property, meaning you don’t get reward points by staying there.)

Not surprisingly, most of the rooms are populated by postal workers coming to the nearby training facility. But the non-postal clientele is still impressive. “About 20 percent of what we do every year are non-postal workers, totaling about 35,000 room nights,” Badaroux said, adding that much of that number comes from
conferences, most of which are booked by federal or state agencies.

“In terms of non-conference guests, it’s more like about 10,000 per year,” he said, and much of that business owes to football games and other university events.

“Though about 10 to 20 folks, like yourself, find us every night,” Badaroux said. “And once they do, they tend to be return visitors.”

It’s easy to see why. I felt completely at home at the NCED, even while being treated as an honored guest. So the next time I pass through Oklahoma – though I can’t say when that will be – I’ll be sure to spend a night in Norman, for an awesome Cuban sandwich, and a great night’s rest.

To get to the NCED, take I-35 south from Route 40 in Oklahoma City. Take a left on East State Highway 9 (Imhoff Road) and go about a mile. The entrance to the NCED will be on your left. 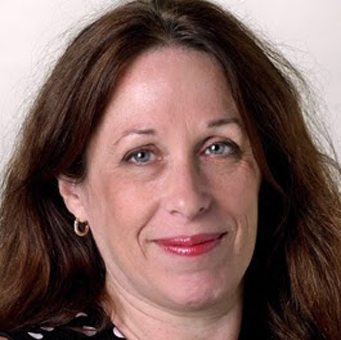 M.J. McKenzie has been a travel-loving editor for the past 10 years, coast-hopping from Miami to Washington state by way of Oklahoma, California, and Idaho, where she has worked for such publications as The Palm Beach Post, Rocky Mountain Magazine and Peninsula Daily News. And next month, she will make the great leap to Beijing, where she is taking her career (and travels) to the next level at China Daily.