In January 2013, the Ethiopian Orthodox Church raised the entrance fee for the famed rock-hewn churches in Lalibela – Ethiopia’s most popular tourism destination – from $20 to $50. Just a tad over the rate of inflation! Not everyone is happy.

While the priests (along with quite a few others I met while all over Ethiopia this March and April) believe tourists have unlimited supplies of dollars and Ethiopian birr, tourism guides and providers (who quickly realized most tourists do not) have seen their clients decide not to ditch the churches but to lessen additional costs by ditching them.

The news of the fee increase has swiftly reverberated. Guides are trying to organize crisis meetings with priests and their representatives, but pleas for commonsense or a compromise have fallen on deaf ears. I saw families of four or more buy just two tickets and then hand them over to those who remained outside when it came to their turn.

Priests have countered with writing passport numbers on tickets, which do last for four days and checking them against the passports of those inside the complex. On my second day there, I decided to do without a guide, and my ticket was checked every 200 yards. That’s annoying, too.

Recent developments might hurt the pocket, but it is hard to ignore the pull of these majestic, stunning churches and celebration of faith over labor. All 11 churches, referred to as monolithic, that is, carved from one piece of rock, are a sensory overload of swaying, chanting priests, sandstone passages – including one that leads from heaven to hell (certainly if you do not have a torch with you) – icons, carvings, pilgrims, penitents, carpets, illuminated manuscripts, white robes and reverence.

It is thought that most were built in the 12th and 13th centuries during and just after the reign of King Lalibela, who was inspired to construct them as the New Jerusalem following the original Jerusalem’s capture by Muslim forces in 1197. Legend also states that one church or more appeared after one night thanks to the help of angels.

That the churches were aided spiritually does not appear to be an impossibility. In three clusters – Southeastern, Northwestern and the single church of Bet Gyorgis – the churches dominate the small town of Lalibela and could easily take up three days of your time.

I found several spots in which to sit down and watch nuns separate the wheat from chaff, priests ignorant of your presence flip through the pages of a bible written in the Ethiopian religious language of Ge’ez, young novices scuttle from church to church, small congregations of church elders murmur prayer and incantations and Mocking chats, Blue-breasted bee-eaters, Greater Blue-eared glossy starlings and other birds make homes in sandy hollows.

Lichen and moss color walls. Visitors smile in adoration of the mind-blowing architecture and of how this majesty was created and then wonder what is behind the curtains that in every church conceal the Holy of the Holies, icons, crosses and other religious paraphernalia permitted to be seen only by priests.

Among the lucky is the church’s new patriarch, 71-year-old Abune Mathias, who had been enthroned in the Ethiopian capital Addis Ababa at the beginning of March. Aptly for the Lalibela legend, his former post was in Jerusalem.

At Lalibela, I noticed the lack of something I was previously warned of, and this was confirmed for me upon talking to other travelers. Before the fee increase, guides hassled tourists more, priests often stuck out a hand if it was obvious that they were the subject of a photo and other locals warned of dire consequences if they were not hired as shoe carriers (footwear is not allowed in the churches themselves), although all of Ethiopia is so polite and reverent, threats of any magnitude seem hardly believable.

Now, though, these additional costs seem to have evaporated. It is though someone has said, yes, you can charge me $50, but the bucks stop there. This is the main concern of the guides, most of whom are worth the $15 to $18 they charge, for a former total of less than $40, two separate fees that at least spread the money around the town.

One gripe is that the church spends very little if anything in the town. One bar worker I talked to said he earns 300 birr a month, about $17.

Women might also gripe at the church of Bet Golgotha, attached to Bet Mikael, as it does not allow them in, the only church in Lalibela not to do so.

The $50 fee also is just for the churches in Lalibela. There are others worth visiting that charge an additional amount. High up on Abuna Yoseph mountain, the small church of Asheton Maryam has some marvelous crosses and manuscripts, dutifully shown to you by a scowling priest, and a passage hacked through the mountain that leads to steps falling down in the direction of Lalibela (beware of a scam halfway down when locals appeal for money for a supposed Library Club).

A Giddy Atmosphere of Reverence

When the sun begins to set, white-robed believers slowly walk to the edges of the churches and listen to hidden priests recite mass and extend blessings. I sat with them (Lalibela is great for sitting) and again was spellbound by the belief, sounds, and sights wafting around me.

It reminded me very much of Jerusalem (more proof!) at sunset when the sun drops behind the Al-Aqsa Mosque and the taped chants of muezzins across loudspeakers float up to the Mount of Olives – very often joined by snatches of Jewish klezmer music.

Christmas, Epiphany, and Easter are very busy here, and finding out when they are is not so easy. Ethiopia has a different calendar, both for the year (it’s currently 2005, this year beginning last September 11) and the months (there are 13 in a year).

It also abides by the Julian calendar, not the Gregorian one. After leaving Lalibela, I asked my driver-guide, Zawdu Hailu (www.ethiopiatjazz.com), when the relevant dates would be for 2014, and after eight days with him, he still could not be certain.

Whenever these festivals are, travelers can expect higher hotel prices and full hotels but not necessarily sold-out flights. Lalibela is becoming popular, but it is far from being saturated. That said, recent changes have been profound.

Less than 10 years ago, there was not even a half-decent rocky road to get here, and the airport could not be used during the rainy season. A bus takes two days to get here from Addis Ababa; the plane takes 45 minutes, plus another 45 minutes on a bus from the airport.

One day I was there all the activity was at the church called Bet Gabriel. An all-day festival brought priests from other churches – they tend to be associated with one particular church but worship from time to time at the others – as well as a huge congregation.

Colorful umbrellas shaded pilgrims from the sun as they, too, sat on every exposed rocky surface. Priests held out crosses for pilgrims to kiss and extended blessings. One blessed me, the difference being that he then expected a tip – 50 birr.

When You’re “Churched Out”

Hotel development is developing fast in Lalibela, especially around the futuristic Ben Abeba, the design of which looks like the super slide of an aquatic theme park.

Another great restaurant was the very basic Blue Nile (no website), along the road between the Northwestern Cluster to the Seven Olives. Food is cooked in a thatched area over a bare fire and to order.

Unique (no website) on the road to Asheton Maryam is good for atmosphere and the owner’s character, but the food was basic – by this time into my trip, I decided that for every meal I could have eaten injera – Ethiopia’s spongy, flatbread – and wat – the meat- or vegetable-filled sauce, often spicy, that is tipped onto it and shared on huge plates.

One new development I loved was Lalibela Hudad , an eco-lodge also high on a mountain that faced the mountain on which sits Asheton Maryam.

Its accommodation is four comfortable tukul huts spread very far from one another, with outside showers – order your warm water when you’re ready.

There is a kitchen and lounge by the entrance, the passage to which is a narrow cleft between rocks that makes absolutely no concessions to the larger among us.

Perhaps the unfit would struggle to make the two or three hours climb, despite mules (250-300 birr) handling luggage.

In the evening, delicious food is served amid stars and quiet, foot massages (explained as typical Ethiopian hospitality) and songs, including one inspiring soldiers to be courageous – listening to these cries, it did not come as a surprise that Ethiopia was never colonized if you ignore five Italian years between 1936 and 1941.

During the day, a maximum of eight guests is joined by a pack of colorful Gelada baboons.

The property is currently “unofficially open,” and it plans another three tukuls and a restaurant, but as there is no electricity or water supply, wonderfully, there will be a limit to how modern it can be made.

It is memorable. Porridge with native honey and a cup of strong coffee while staring at distant hamlets and farms is a great way to start any day. On the way up, stop off at a farmer’s tukul for coffee and chat, while on the way back down, stop off at Asheton Maryam. 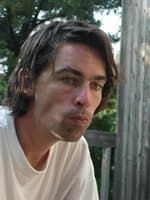 Terence Baker is the former travel editor at the American Automobile Association’s Car & Travel magazine. He has also been published in Meetings & Conventions, Meetings & Incentive Travel and Travel Weekly. After almost two decades in New York City, he is now living in his native London. He has traveled to 82 countries on six continents.