Ten Reasons to Choose Rwanda For Your Next Vacation

Rwanda isn’t your average holiday destination. It’s got a controversial reputation and a war-torn past but it’s making an incredible comeback.

People are starting to realize the amazing things the country’s got to offer, so prepare to be enlightened as I give you ten good reasons Rwanda is the place to be.

Here are Rwanda reasons, from 10-1

10. With a stopover at Kigali, Rwanda’s capital city, you can learn of the country’s tragic past via the Kigali Memorial Centre.

Through three permanent exhibitions and various other displays, the center educates against a repeat of the violence the country witnessed during the 1994 genocide and allows guests to pay tribute to the over 250,000 victims buried nearby.

9. Feast your eyes on the glorious Virunga Mountains, rising almost 15,000 feet and covered in lush rainforest. The Virunga’s are actually dormant volcanoes and are not just to be looked at (or photographed); visitors can have a go at climbing them too.

Part of the Albertine Rift, the Virunga’s encompass eight volcanoes, five of which can be accessed via The Volcanoes National Park: Bisoke, Karisimbi, Gahinga, Muhabura, and Sabyinyo.

Visit the grave of wildlife activist Dian Fossey of ‘Gorillas in the Mist’ Fame. The Volcanoes National Park is famous for being Africa’s first national park, created in 1925 to better protect the rare and precious mountain gorilla.

However, the conservation laws surrounding them were ignored by poachers for years. It wasn’t until the intervention of Primatologist Dian Fossey that hope for the creatures was seen. She campaigned to stop gorilla poaching until her murder in 1985. Visit her cabin and the nearby graveyard, in which she is buried with her beloved gorillas.

7. Meet a village of reformed poachers now fighting to save the animals they once hunted. With a visit to their little village, which includes a replica of the King’s Palace, learn a lot about Rwandan culture and take away some impressive skills, including archery, traditional medicine, and fire-making.

6. Take to the trees with a stunning canopy walk and put everything in perspective. Nyungwe Forest National Park, known as the Amazon of Africa, offers the very special opportunity to walk 50 meters above the forest floor, the narrow walkway and accompanying three towers are said to be the biggest in East Africa.

Find yourself surrounded by the busy noise of the jungle and the park’s rare montane forest as you gaze into the jungle, eye-level with the many primates that call it home.

5. Nyungwe Forest also offers your chance to track a golden monkey as you take to the jungle in search of this elusive creature. Trek through endless rainforest before glimpsing its bright golden body and contrasting black limbs; a truly wonderful animal to see.

You may also be lucky enough to see black and white colobus monkeys, found in groups of up to 400 individuals!

4. Romance abounds in Rwanda, making it a great place to find honeymoon bliss. It’s easy to see why, what with the ambiance cast by the stunning scenery and excellent service by hotel staff, whether you stay in luxury lodges or more affordable options.

There are plenty of activities on offer to keep newlyweds entertained, plus you can continue romancing by combining Rwanda with a beach break in Mauritius, Zanzibar or Seychelles.

3. Forming part of the African Great Lakes, Lake Kivu is your chance to unwind and have some fun while you’re at it. Spend your evenings looking out upon the glow atop the Nyiragongoactive volcano, just across the border in the DRC and the mountains of the Rift Valley.

Or enjoy some water-based activities to spice things up. Kayak, surf or cruise through the water on the ultra-modern Umunezero luxury boat.

2. Go on safari in Akagera National Park, similar in feel to the more traditional East African safari areas and in complete contrast to the cultivated hills that characterize much of Rwanda. Totally off the beaten track, expect to see zebra, giraffe, buffalo, hyena, herds of elephant as well as crocodiles and hippos in the picturesque lakes.

Birders will love the Akagera National Park with its 525 species of birds.

1. Gorillas are the jewel in Rwanda’s crown. Trudge through the thick vegetation and steep terrain of the Virungas to track and observe them. Watch these amazing creatures in awe and discover a poignancy and affinity unlike anything else Africa has to offer.

If that hasn’t given you a passion for a Rwanda holiday nothing will. Getting around the country is very straightforward; beginning your trip in Kigali you can then make your way to whichever region you’re visiting first. Don’t worry about getting there either, as transfers to all destinations are provided by private guides or a short flight.

However, it’s always best to book with an expert travel company that are familiar with the best accommodations and routes to take. 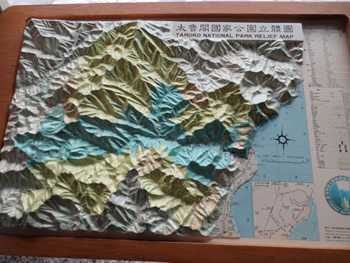 Emma from Mahlatini African Travel visited Rwanda a couple of years ago and tells of her amazing experience with the gorillas at Volcanoes National Park.

“After a trek of about one hour through the spectacular rainforest, we encountered a small family group of six gorillas – one silverback, two females, and three toddlers.

I was astounded as to how close we were to the animals. At first, we sighted them in the trees and just like Tarzan, the young ones were sliding down the monkey ropes having a whale of a time!

This play continued when the gorillas moved on, right over our feet! They gathered in a small open enclosure where the toddlers thought it was time to show off jumping on each other and play-acting – just like human children or more like WWF wrestlers!

The adults simply sat around scratching, eating, and sleeping.

They didn’t seem at all worried about us there. Being habituated the gorillas were well used to people and the youngsters were just as inquisitive about us as we were about them. To protect the gorillas from human diseases we weren’t allowed to touch the animals even though they made a few attempts to touch us!

I was immensely privileged to be allowed to spend this precious hour in the company of these highly endangered and intelligent animals. It will forever remain with me as the most memorable and special moments of my life.”

Before you head to Rwanda, book your gorilla permits through the ORTPN office. They are $500 each for Americans and $250 for foreign residents of Rwanda. It seems really pricey but it is worth every penny.

Oliver Nash lives in Leeds, UK, and is a frequent traveler to Africa.