More of The Stories Behind Strange Airport Codes

By Roy A. Barnes

Air travel today has lost much of its romance and sense of adventure. Yet when it comes to the destinations that travelers flock to for business or pleasure, an air of mystery still can be found over many three-letter codes which don’t seem to make any sense:

The small town of Cayce is due northwest of the airport, and might explain the code, but it’s not totally certain.

This airport has the distinction for being the training grounds for Jimmy Doolittle’s B-25 flight crews, which would conduct a bombing raid over Tokyo in April of 1942. This raid helped to raise the morale of the USA, which was struggling initially in both the European and Pacific campaigns of World War II. CAE offers the public free tours and can even arrange scavenger hunts! 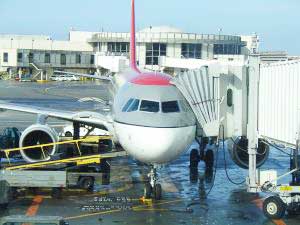 The WPA was one of Frankin D. Roosevelt’s alphabet soup programs that helped put people to back to work during the Great Depression, and was responsible for the building of Berry Field in 1937. So despite the name change to Nashville International Airport in 1988, the three letter airport code remains to remind people of Berry Field NAshiville.

SDF — Louisville, Kentucky
Louisville, Kentucky’s international airport’s code doesn’t seem to make any sense at all unless you go back to its roots of being partly built on ground owned by the family of Dr. Elisha David Standiford, who was a legislator and held high positions in local transportation companies like the Louisville and Nashville Railroad.

In 1947, Standiford Field (where the SDF comes from) opened to the public, but has since expanded to be a heavy air freight and international air-sorting hub for UPS.

RSW — Fort Myers, FLorida
The airport that serves the residents of Fort Myers, Florida, is called Southwest Florida International Airport. While the “SW” letters make sense, in that they stand for Southwest, the “R” seems to not make any sense until you go back in history to 1983, when the airport was opened and originally named Southwest Florida Regional Airport; that is, the “R” stands for Regional. 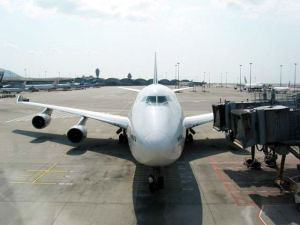 This was the first airport in America to be built in compliance with National Environmental Protection Association (NEPA) regulations.

BDL — Hartford Connecticut/Springfield Massachusetts
The airport that serves Hartford, Connecticut is named Bradley International Airport; and thus the BDL designation. The airport name and its three-letter code honor the first fatality at the venue, which had been constructed in 1941 as a military air base. On August 21, 1941, Lt. Eugene Bradley died in a training exercise there at the age of 24. The first commercial air flight out of this airport occurred in 1947 via Eastern Airlines.

GTR — Columbus, Mississippi
Students who go to Mississippi State University are only 15 minutes away from an airport in Columbus, Mississippi to fly out of when the semester ends or when Spring Break’s a-calling. So what do the letters GTR have to do with an airport located here? Well, GTR stands for Golden Triangle Regional Airport, which serves two other cities besides Columbus; that is, Starkville and West Point, which form a triangle. Ironically, GTR airport is located a bit south of of the “triangle”! 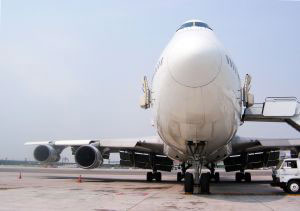 TYS — Knoxville, Tenessee
Knoxville, Tennessee has a strange three-letter code that doesn’t match its place name. The TYS designation comes from the name Tyson. In 1918, during the First World War, a pilot by the name of Charles McGhee Tyson was killed after crashing into the waters off the English coast. His parents were a rich and prominent family in “The Marble City”, and years after the war ended, a piece of land for an airstrip was donated by Charles’ mother Bettie on the condition that it be named after her deceased son, which is called McGhee Tyson Airport to this day.

MCI — Kansas City Missouri
The international airport that serves Kansas City, Missouri has quite a story as to how its airport code came about. Before the airport was dedicated in the fall of 1972, it was called Mid-Continent International Airport, of which the MCI designation makes sense, but politicians in Kansas City decided to give it a name that would make a better connection with the city, so the name Kansas City International Airport replaced its original one.

But since American cities that start with K have to begin with a letter other than K because this letter is for radio and television stations, the original MCI was kept since it was registered already.

If you think you’re going to Kansas City, Missouri, because your luggage tags say KCI, you’re gonna be in for a big surprise, because that happens to be the three-letter code for Kono, Indonesia!

Roy A. Barnes writes from Cheyenne, Wyoming. He’s worked in the airline and travel agent industries, and had to use many of these strange three-letter codes when making airline reservations.

www.gonomad.com
This article was last updated Apr 19, 2019 @ 6:38 am
If we've inspired you to travel with this story, why not check out the prices to get there and make it happen. Search airfares, hotels, and rental cars here. Thanks!