A Mass Wedding in Northern Pakistan

I reread the crumpled wedding invitation for what must be the twelfth time: 10:00 a.m. I look at my watch: 1:00 p.m. Over a thousand guests sit sweating under the tent, waiting for the festivities to begin.

Pakistani weddings tend to run late, and I shouldn’t be surprised that a wedding involving five brides, five grooms and all of their extended family members would start even later than usual.

I don’t know any of the people getting married today; I was invited by a worker from the Aga Khan Development Foundation, the NGO that is putting on this mass marriage shebang.

Weddings, which take place over three or four days in Pakistan, can be atrociously expensive. In the U.S. when we see billboards for loans, we often see pictures of parents sending their children to college or young families buying their first home. In Pakistan, the dominant leitmotif is a father standing with a daughter dressed as a bride.

Traditionally the bride’s family pays for the first two days of the wedding celebrations, the mehndi and the barat, while the groom’s family foots the bill for the final event, the walima.

The bride’s family may also be expected to provide a dowry – cash, furniture, land, anything of value – to the groom’s family.

Some families spend their entire savings marrying off their daughters, while others go into debt. In some cases, families just can’t afford to get their daughters married. This is where the Aga Khan Development Foundation (AKDF) comes in.

Every year in Pakistan’s Northern Areas, AKDF sponsors a mass wedding ceremony for couples that otherwise wouldn’t be able to afford to get married. The event doubled as a fundraiser for the foundation, so many people who aren’t related to the guests are also invited.

A little after 1:00 p.m., a three-piece band arrives to start the music. A man dressed in western clothes plays the flute, while two men in tan-colored shalwar kameez play the drums. One has a set of two small drums, while the other beats a large dhol.

There is no Bollywood-style bhangra here like you would find in a Punjabi wedding. Most of the guests are Ismaili Muslims who trace their roots to Pakistan’s Hunza Valley. Gilgit is the capital and principal city of the Northern Areas, so many Ismailis have left Hunza and migrated south.

While Punjabi music is driven by the harmonium, Hunza music is slower and follows the melody of the flute. Ismailis have their own language, customs and traditions. Their spiritual leader is the Aga Khan, who they believe to be the 49th hereditary imam (spiritual leader) of Muslims.

The AKDF was founded by the Aga Khan himself. He first started the NGO to serve the needs of the Ismaili community in northern Pakistan, but it has since branched out to sponsor development work in 25 countries.

Projects of the AKDP include things like women’s vocational training, sponsorship of musicians and artists, micro-loans for small businesses and education development.

The men gracefully twirl to the beat of the drums. They move around in a circle, every once in awhile pushing one of the men in the center for a solo. A toothless old man in a grey vest is stealing the show. At smaller Hunza weddings, the women dance too, but this is a large public event where it wouldn’t be appropriate for women to dance in front of so many unrelated men.

Although Gilgit is surrounded by glaciers and snow-capped peaks, it’s at least 100 degrees in this tent. Five local boy scouts in uniform are serving water to the guests. They each have one metal cup and a bucket full of water. My greedy eyes have been watching the cup go around, but I can’t bring myself to drink out of something that more than two hundred pairs of lips have touched.

My Urdu has been exhausted by hours of small talk with the women sitting next to me. We all sit staring at five sets of chairs on the stage, praying that the couples will arrive. Every ten minutes or so a rumor goes through the crowd that the couples are coming. We crane our necks behind us. False alarm.

At 2:00, the band stops playing. An excited murmur runs through the crowd as the guests relax in a collective sigh of relief. The couples have arrived; now it’s time to start waiting for the food.

Visas – As of 2009, tourists need to produce a letter of invitation and a travel itinerary from a registered tour company in Pakistan in order to secure a visa.

Transport – You can fly or go by road from Islamabad/Rawalpindi. Flights are operated between Islamabad and Gilgit by PIA. Buses leave from Pir Wadahi in Rawalpindi. NATCO air-conditioned buses tend to have more legroom than other buses, an important factor for a trip that takes 12 hours minimum and often takes longer.

Lodging – In Gilgit, my recommendation is Lost Horizon Guest House. A joint American-Pakistani venture, the hotel serves as a base for Lost Horizon Treks and Tours.

In Karimabad, Adventure Hunza can set you up with a visa letter and local accommodation. A good budget option is the World Roof Hotel, located in the middle of Karimabad’s main drag. 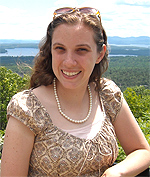 Heather Carreiro is an English teacher and freelance writer who has spent three years living in Lahore, Pakistan. Follow her cultural adventures on her blog at ExpatHeather.com.