Malaysia: A Home-Stay in Kampung Pachitan

A dozen musicians sit in a semicircle on the outdoor stage, each one playing the kompang, a Malaysian hand-drum. Backed by synthesizers and a western trap set, they run through a repertoire including traditional Malay folk songs, Middle Eastern music and even Dean Martin covers.

A woman clad in traditional Muslim attire belts out the lead vocals while the band rocks the accompaniment.

It is a few days after Hari Raya Aidilfitri, literally “celebration day of fasting,” the Malay version of the Muslim holiday marking the end of Ramadan. As a result, the rural community of Kampung Pachitan, population 500, is welcoming busloads of guests from nearby beach resorts, plus a few dozen travelers, like myself, who’ve decided to cast aside all Western concepts of predictability by staying with a host family in Malaysia’s homestay program.

Across the country, 2800 homestay operators from 143 villages are trained and licensed to participate in the program, in which tourists can experience everyday life in rural Malaysia. On this particular night following Hari Raya, the entire village has spent the entire day setting up tents and tables for the shindig.

At the party, traditional Malay clothing of every hue and saturation surrounds me. The humid nighttime air factors none. Children scamper about in the street, many of whom wear English Premiership League football shirts. Aromas of garlic and chili dominate the scene. I’m already full, but the party is just getting started.

Kampung Pachitan, or Pachitan Village, was originally formed in 1922 by groups of settlers from the nearby Indonesian island of Java. It is the only homestay village in Malaysia still maintaining traditional Javanese culture and heritage.

As the party rages on and I sample traditional dishes, one after the other, all I know is that we are somewhere on the western side of Peninsular Malaysia, near Port Dickson and the Straits of Malacca. That’s it. In fact, throughout the rest of my trip, no one else in Malaysia had even heard of Pachitan Village.

Homestays in Malaysia are not for everyone, especially those acclimated to a Western pace of living or a conventional washroom. In Malay villages, everything slows down and the tropical climate facilitates larger proportions of flies, even at the dinner table.

One must also feel at ease with tiny geckos running across the bedroom walls and ceiling. Malays will tell you they’ve lived in harmony with house lizards for generations and our homestay parents dismissed any anxiety out of hand. The lizards eat the mosquitoes, so they’re productive, in that regard.

And in Malaysia, a Muslim country, specific customs must be adhered to if one wants to avoid trouble, especially at homestays in rural villages: Shoes are never worn inside the home. When pointing, the forefinger is not used. Instead, people use their right thumbs to point, with the fingers folded.

A male never offers to shake the hand of a Muslim woman unless she offers first, and when shaking hands with another male, the custom after the shake is to place the right hand over the left part of the chest. It means “I greet you from my heart.”

Western women visiting the country must dress modestly — bare shoulders and/or spaghetti straps will invite harassment — and one must never bring alcohol into anyone’s home. In big cities like Kuala Lumpur, bars are omnipresent, but in rural areas, alcohol is nonexistent.

When it comes to food, Malay villagers do not eat with utensils. They use their hands and only their right hands. If you can’t do it gracefully, the homestay host will provide you with forks. If you’re lucky, that is.

With the above caveats firmly implanted in my psyche, I successfully fused with the locals and joined their traditional activities, including ketupat weaving.

A common pastime during Hari Raya Aidilfitri, ketupat weaving is a complicated craft. With intricate precision, skinny coconut leaves are hand-woven into square casings and then filled with rice to produce savory dumplings (see photo).

After they are boiled for about three hours, the rice compresses and they’re served with any number of dishes, but especially rendang or satay.

Weaving the ketupats by hand is somewhat of a dying practice, as much more efficient ways exist, but the activity is still an institution in rural areas. During Hari Raya Aidilfitri, the dumplings are sold by street vendors everywhere.

Also ubiquitous at Malay celebrations is poco-poco (pronounced pocho-pocho), an aerobic line dance performed to an Indonesian pop tune of the same name.

To a Westerner, it resembles a zonked-out appropriation of the Electric Slide from the disco era, but poco-poco is adored throughout Southeast Asia and often danced en masse at birthdays and weddings.

Homestay visitors during Hari Raya Aidilfitri parties cannot avoid getting dragged onto the dance floor for poco-poco. In our case, we were also given beautifully disorganized lessons at 9 am on someone’s front lawn before heading out to tap rubber trees.

After sweating profusely through poco-poco lessons in 90 percent humidity, we drove out to a private rubber tree plantation and tromped through hundreds of trees, each one with a bucket attached to it.

The tapping process is fairly simple, as just one shallow diagonal incision into the bark with a special knife produces enough dribbling latex to fill an entire bucket within a few hours.

The rubber tree industry was part of the backbone of Peninsular Malaysia’s economy for over a hundred years, beginning in the nineteenth century when Western colonizers first brought the rubber tree seeds to Southeast Asia.

Today, about one fifth of the world’s natural rubber originates in Malaysia, most of which comes from privately owned plantations such as the one we inspected in Pachitan.

Even though rubber trees are still a major way for rural folks to make money, the industry is waning due to the rise of palm fruit operations — a highly controversial issue, to say the least.

Native rainforests are disappearing all across Malaysia, just so the rural poor can maintain their own palm fruit plantations and sell palm oil, just so we in the West can have a substitute for trans fats.

I felt an absurd sense of irony in how the Malaysia homestay program, sponsored by the State Government, included taking visitors out in the plantations to pick palm fruit — the whole scenario of which contributes to the destruction of the country’s own rainforests. I’m not sure this is the sort of thing Malaysia wants to be bragging about.

As with most small villages, everyone in Pachitan knew each other. After a short stay — just three days to be exact — I became an honorary resident of the village.

When the father of our house couldn’t get his wireless internet account working, he drove me to a nearby cybercafé.

The place had no windows, but probably a few dozen PCs and the price came out to about one American dollar per half hour of internet use. The connection was lightning fast.

In the end, it was quite touching when we finally had to leave the village. Some of the locals even started to shed tears. It was a poignant scene. We exchanged gifts, hugs, email addresses and plenty of photographs.

I now have the poco-poco song stuck in my head and I have “parents” on the opposite side of the globe. 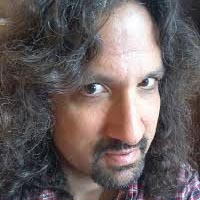 Gary Singh is a freelance journalist who surfaces most often in San Jose, California.