Volunteering with Turtles in Thailand

Turtles. The ad on the internet had intrigued me. And here I was, up to my knees in water, surrounded by the flapping of several dozen two-month old green turtles.

I don’t wish to over-romanticize. I spent a lot of the time on my hands and knees scrubbing, much as you would a fish tank. But when I raised my eyes from the brush and the tiles, there were tamarind trees, sandy beaches, and lots and lots of turtles.

Sea turtles are internationally endangered, and human factors play a large part in this. Apart from the deliberate hunting of adults or their eggs, many turtles are killed by ingesting waste or pollution such as plastic or oil, or die from being caught in fishing nets.

Through a British company, Starfish Volunteers, I was spending four weeks in Thailand, volunteering on a sea turtle conservation project in the province of Rayong.

Not too far along the coast, the resort of Pattaya has developed a reputation for a very different side of tourism, with a burgeoning trade in sex in many forms. Tales of tricks performed with ping pong balls and the services of ladyboys were rife.

I had caught a slight suggestion of this on my one evening in Bangkok, en route to the placement. Here, a group of young girls huddling on the pavement of the main street had called up to me: “Thai massage, please, mister? Happy ending?”

In the small fishing village of Laem Mae Phim, where we volunteers were based, things were more down to earth. Our lodgings, a short walk from the fishing harbour, were far from the hut on the beach that I had feared. True, there was no hot water. True, most of the rooms had no air-conditioning.

And yes, I did send the occasional startled text message to friends in more urban places when I found, for example, a lizard running up and down my bedroom door.

However, the cold water was on tap and every room had at least an electric fan and an electric light.

This part of Thailand is hardly the back of beyond. A 20-minute walk along the shore leads to a strip of shops, hotels, and restaurants. Several of these are Swedish owned and offer a range of burgers and pizzas as well as more traditional Thai soups, curries, and salads.

The Tamarind Resort lays on wi-fi for a few baht, so I was also able to keep in touch with the outside world when time permitted.

But these were luxuries. Dogs roam freely in Thailand, and the route to this land of plenty involved braving several groups of frisky dogs that populated residences near the shore. In my first week, one of these beasts nipped me on the leg, leading to three visits to the regional hospital, 12 miles away, and several anti-rabies jabs.

Our Thai guide, Oh, lived in the house with us volunteers, and fortunately he was able to smooth out the local language difficulties that would otherwise have ensued.

The daily commute was fraught in a different way. Health and safety considerations were thin on the ground when it came to getting to and from Koh Mannai (Mannai Island), where the turtle project is based.

In the small and crowded fishing harbour, our little boat docked where it could, according to the tide and traffic, and clambering in and out was a different challenge each day. Double-parking was frequent.

One morning we might have the pleasure of a gangplank, whereas the next, with the craft bobbing furiously in the wash, we would need to clamber down from the jetty and take our chances stepping from boat to boat.

The same route was used for supplies for the island, all of which had to come by sea, and each daily assault course was tackled with the encumbrance of crates of fish, buckets of cucumber, and bottles of drinking water. We also carried our packed lunches of rice and fried vegetables, freshly cooked at an open-air harbour kitchen at a cost of about 20 baht apiece.

Fuel for the boat was delivered through a rubber tube from the harbour-side above.

After such exertion in the tropical morning, it was tempting to think that the day’s effort had been spent before the work had even begun. This was where the routine of scrubbing came in handy. We would spend most mornings cleaning out the tanks of the smallest turtles, of under a year old.

Some of these little guys are bred on the island, and some are collected from sea turtle hatching beaches on Khram Island. Don’t try to visit this latter location. It is protected by the Thai Navy.

Either way, the baby turtles need their water changed daily. However, these tiny brutes are not quite the cuddlesome critters that you might imagine.

A couple of times a week, it was medication time. As well as treatment for bowel problems and eye infections, iodine is necessary to treat the bite marks that the turtles inflict on each other in the scramble for food.

Necks and flippers are the most vulnerable areas. One or two of the smallest animals had lost all or most of a flipper in these skirmishes.

In the wild, staggeringly few baby turtles survive to adulthood. The anguish at seeing the bullied weaklings struggling in this way was therefore slightly lessened by the knowledge that the survival rate for these baby turtles as a group will be way higher than in the wild, where it has been estimated that about 2.5 in 1000 green turtles reach maturity.

When half of the hatchlings are released from Mannai Island after a few months, they will go a little way to restoring the sea turtle population in Thai waters.

The remainder of the young turtles stay on the island as breeding stock. And some afternoons, we were required to help out with the older turtles.

There was no splashing about in the water with these fellows. The largest of them could easily bite off a finger. However, the tanks still need scrubbing and maintaining. A couple of attempts at descending the rickety, unfastened wooden steps into the seven foot tank, however, was enough for me.

The third time, I left it to the younger volunteers and elected, instead, to collect rubbish on the beach.

A night on turtle island

The Queen of Thailand donated Mannai Island to the Department of Fisheries for its current use in 1979. Much of the island is a building site to maintain and expand the turtle project, and facilities are more basic than on the mainland.

There is no running fresh water, and electricity is limited to a few hours in the evening, when the generator is turned on. Nevertheless, even in the rainy season, some project employees need to stay on the island to keep things running, and our small group of three volunteers jumped at the opportunity to stay overnight to see what this side of life is all about.

There was an empty wooden house for us to stay in. It was unfurnished apart from a single fan, dependent on the electricity supply, and thin mats to sleep on. I provided my own mosquito net and hung it from the window handle. Nearby, there was another empty house. “That place is scary,” said Oh, as we walked past.

As evening fell, we sat cross-legged outside, sharing a bowl of grilled fish, caught fresh that day, and passing around a bottle of Hong Thong whisky and a few doses of a Thai energy drink. The night mellowed, and Oh told us something of the Thai beliefs in tree spirits.

The unoccupied house had been built without the necessary rites for the trees that had been cleared to make space. There were now tales of malevolent ghosts and unexplained smells, so people preferred not to use the building.

That night, however, the island was busier with the natural than the supernatural.

The cicadas chirped and the ants quickly raided any scraps of food left on an unguarded surface. I imagined that I would be woken by cock-crow, but in the morning it was the peahens who got in first with their plaintive honking.

Breakfast was half a bottle of water and some biscuits that I had brought over from the mainland the previous day. Then it was back to work.

A flipper of farewell

Turtles swim long distances. The last time an adult loggerhead turtle had been released from Mannai Island, it had been tracked all the way to Australia. The turtle project was collecting funds for satellite equipment to track the current 30-year-old loggerhead, Sheila, when she was released.

But my four weeks were up, and I was heading in the other direction. The sky and the sea were characteristically blue as the boat took me away from Mannai Island for the last time. I bade the staff farewell. And although I could no longer see them, I knew the other island residents were still paddling around, munching cucumber and biting each other’s necks. Turtles.

Volunteer positions at the Mannai Island turtle conservation project can be booked through Starfish Volunteers (starfishvolunteers.com) or Venus Volunteering (venus-volunteering.com). Prices start at £850 for four weeks, and shorter and longer stays are possible.

Transport from Bangkok to the project and local accommodation are included in the price, along with the services of an English speaking coordinator. Positions are available from October to May

For other accommodation in the area, try the Tamarind Resort (tamarindresort.com) or X2 Rayong (x2resorts.com). 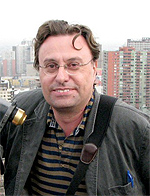 Bruce Marsland has been working and travelling as an English language professional since 1991, and recently completed the round-the-world trip of his dreams.